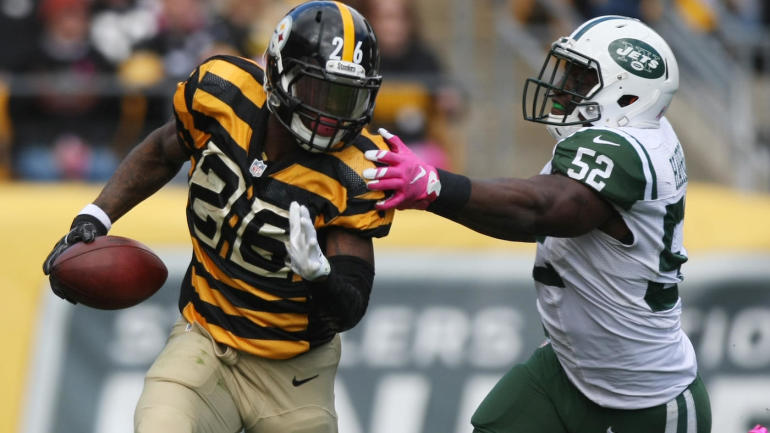 With the Pittsburgh Steelers publicly confirming that they will not use either the franchise tag or transition tag on Le’Veon Bell, the star running back is set to finally get his wish and reach unrestricted free agency when the market opens in early March. Bell sat out all of last season rather than play a second consecutive year on the franchise tag, hoping that giving himself a year away to minimize wear and tear on the body that had already handled 1,541 touches — included a league-high 406 in 2017 — through five NFL seasons would help him maintain higher earning power were he to be in the exact situation he’s in now.

Bell will presumably be highly sought-after this offseason given his status as the best running back on the market, but he could run into some issues finding the kind of payday he seeks. First, there’s the fact that running backs are just not valued all that highly by the league at this point. Second, there’s the fact that not all that many teams with cap space necessarily have a need for (or even want) a running back who will eat up so much cap space.

And then there’s his conditioning. Bell did not play at all last season, and apparently the time off was not all that well-spent. According to a report from the New York Daily News, Bell put on about 35 pounds last season, spiking from his listed weight of 225 all the way to 260.

Then there’s this: Word on the street is that Bell, who’s playing weight is about 225 pounds, ballooned to around 260 pounds at one point during his year-long hiatus. There’s a fair amount of concern from the Jets about what kind of shape he’s in at the moment. (You’d have to think that Bell has lost most of his extra baggage by now).

Bell’s trainer, however, denies the veracity of this report.

“It’s so untrue it’s laughable and ridiculous,” Bommarito stated. “He has stuck to the plan and stayed in shape all year. It’s ridiculous. Where does this stuff come from? Who says this? Nobody asked me.”

Bell had conditioning and weight issues while in college at Michigan State, but he remade his body upon entering the NFL and has had no such issues since. Spending an entire year away from football, though, is surely enough to get someone out of game shape, and it’ll be interesting to see if or how this report affects his standing in the free-agent market.