Lakers’ Anthony Davis has ‘monster game’ despite needing IV at half 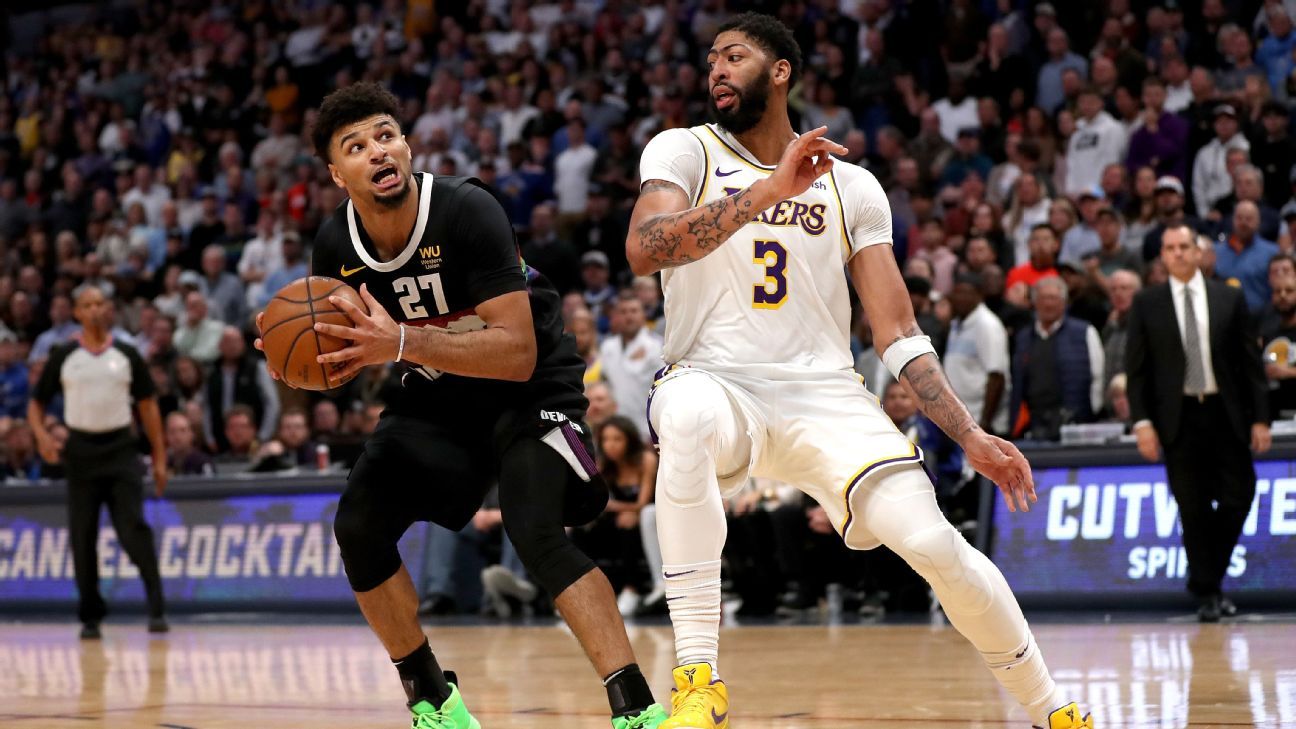 Lakers’ Anthony Davis has ‘monster game’ despite needing IV at half

DENVER — After flu-like symptoms tore through the Los Angeles Lakers‘ roster on Tuesday, Anthony Davis, under the weather himself, tore up the Denver Nuggets‘ game plan, stymieing Nikola Jokic & Co. in L.A.’s 105-96 victory.

Davis, who required intravenous fluids at halftime, finished with 25 points and 10 rebounds to Jokic’s 13 and 5, putting the Lakers back in the victory column after Sunday’s loss to the Dallas Mavericks snapped their 10-game winning streak.

“Just tried to fight,” said Davis, who missed L.A.’s workout Monday and stayed in bed most of Tuesday leading up to tipoff. “Do whatever I can to help the team win. I felt like I could give it a go, and I was able to contribute as much as I can and get the win.”

LeBron James‘ tip dunk with 1 minute, 15 seconds left to put the Lakers up 102-96 might have been the game-sealing play on offense, but it was Davis’ repeated stops on the defensive end that put L.A. in that position in the first place.

“Just felt lousy the last two days,” Lakers coach Frank Vogel said of Davis. “He comes in and has a … Defensive Player of the Year type of performance. He’s guarding their two best players, Jokic, single coverage, everybody’s staying home and Jamal Murray taking him to the basket and he’s making defensive play after defensive play.

“And he was outstanding. For him to play through illness and have that kind of performance was something special.”

For James, who had 25 points and nine assists, it was just another instance of Davis leading the team by example after he also gutted it out through injuries to his shoulder, elbow and ribs.

“He’s been doing it all year,” James said. “Playing through injuries, playing through illness like he did tonight. [He’s the] Defensive Player of the Year, and he showed tonight once again playing one-on-one versus ‘Joker’ in the post. When there were switches, going on with Jamal Murray, playing one-on-one versus a small. Got stop after stop after stop. Just a monster game for him.”

James estimated that at least six players on the Lakers were sick, including himself, Davis, Kyle Kuzma and Rajon Rondo.

Davis went scoreless in the first quarter, but L.A. still went out to a 28-24 lead. He described his slow start as methodical, not lethargic.

“[The sickness] didn’t factor in,” Davis said. “I was trying just to make the right play. Not trying to force anything. I think the shots that I had were good shots. But I was kind of overthinking it a little bit. Not because of illness, but the way they were playing me. And then just trying to be aggressive in the second through fourth quarters. Just trying to get my team going, get them some looks and get myself some looks. So the illness didn’t really play a big part that I thought it would, especially playing in Denver in the altitude.”

The win put the Lakers back atop the NBA standings at 18-3, tied with the Milwaukee Bucks for the league’s best record.

Rondo said that performances like Tuesday’s should also place Davis atop everyone’s minds when discussing the game’s best.

“I think it’s just a mindset: You can fight through it,” Rondo said. “Especially with his attitude, it might be a little bit tough, but he’s here for a reason. He’s a super-elite player, if not the best player in the game right now as we speak. So I’m not surprised that he played well tonight.”

The Lakers continue their stretch of 12 out of 15 games on the road with the second night of a back-to-back set Wednesday in Salt Lake City against the Utah Jazz. Vogel says he believes his players will play through their illnesses again.

“He’s one of our leaders,” Lakers guard Danny Green said of Davis. “He leads not just by his words or verbally but by his actions. … Obviously he’s dealt with some things in the past, injurywise and some things with sickness, and he’s always had some tweaks and bumps and bruises.