As an association representing approximately 11,300 real estate professionals in Kentucky, we have heard loudly from our members for years that they not only cannot afford to insure themselves, but in many cases, their families. 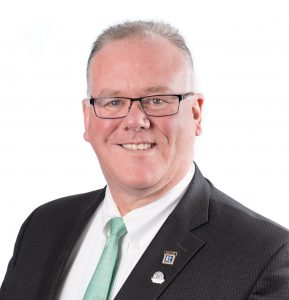 According to the US Department of Labor, 2.07 million people are employed in Kentucky. Seven percent of the total employed workforce in the U.S. are independent contractors.

For Kentucky that is approximately 145,000 – (roughly the populations of Bowling Green, Owensboro, and Hopkinsville combined) who do not have access to the often more affordable health care insurance option available to those employed by larger companies through a vehicle known as Association Health Plans (AHPs).

Who are Kentucky’s independent contractors?

As a second-career REALTOR, a huge obstacle for me when entering this industry was the lack of health care coverage provided by an employer. In my case, individual insurance was a tremendous financial burden and I was thankful to be able to attain coverage under my wife’s employer’s plan in order to make the commitment to a new career as an independent contractor.

Unfortunately, not all aspiring REALTORS or independent business owners are as fortunate.

At the Federal level, Congress passed legislation in 2018 to expand the current laws around AHPs that would give independent contractors (working owners and sole proprietors) the ability to participate in AHPs, just as their small business counterparts have enjoyed for years.

Early this year, and with much appreciation, we acknowledged the wisdom of the Kentucky General Assembly to conform Kentucky’s insurance laws with the federal rules. It made Kentucky one of the first states to be able to create these plans for this category of businesspeople.

Kentucky’s lawmakers were strong in their views on this as the senate was unanimously in favor and 81 of the 100 members of the House in Kentucky’s General Assembly voted to pass this legislation which was recently signed into law by Governor Bevin.

Unfortunately, a lawsuit filed by 12 state attorneys general is challenging the rule.

In March a federal judge in Washington, D.C., struck down a U.S. Department of Labor rule which would have opened Association Health Plan options to Realtors and other U.S. small business owners, and that has stopped the forward motion of these new rules in their tracks.

Those opposed to the new rule changes believe the new laws for AHPs would sabotage the Affordable Care Act (ACA) and that if the new rules are upheld at the federal level, the new health plans could discriminate against people with pre-existing conditions through expensive riders and increased premiums.

This is simply inaccurate, as AHPs are specifically forbidden to deny coverage to individuals based on health factors.

The cost of small group market plans typically has been 8 to 18 percent higher than they are for large employer plans depending on the insurance market. Seventy percent of the National Association of REALTORS® members surveyed also indicated that they did not qualify for a premium tax credit under the Affordable Care Act.

The ACA requires the “employer” to have two or more employees. A working owner without employees is considered both an employer and an employee under the federal Employment Retirement Income Security Act (ERISA), but not under the ACA.

Being part of an AHP provides the individuals who choose to be their own bosses – and their families – with the opportunity to purchase health care at a more affordable cost since AHPs and the subsequent rules would allow state-based plans to provide health coverage to working owners with no employees.

We applaud Kentucky’s General Assembly for attempting to move Kentucky forward in addressing the health care dilemma faced by so many Kentuckians and we are hopeful that the outcome of the federal lawsuit will be to uphold the rules Congress established to allow these plans to be created in all the states.

In our opinion, this is not a partisan issue, but one of free-market competition that will always benefit the informed consumer.

I am optimistic that hard-working Kentuckians will be offered freedom and flexibility through another option to satisfy their health insurance needs and give them the ability to choose a plan that best suits their needs.

Robertson “Rip” Phillips is the 2019 President of the Kentucky REALTORS – an association representing more than 11,300 real estate professionals.