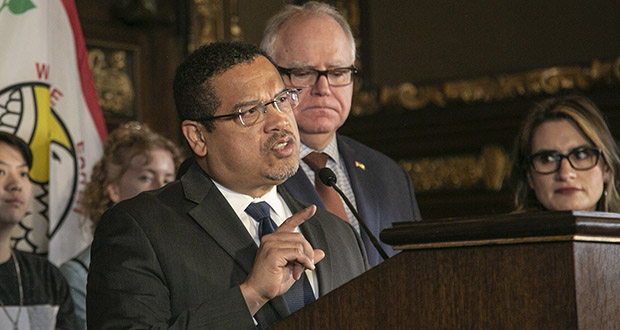 A judge has granted the temporary restraining order that Attorney General Keith Ellison requested after a Pine County landlord allegedly barged into his tenants’ residence and cut off their utilities while pressuring them to vacate.

“It is clear from the facts shown by the state by affidavit that the tenants will suffer irreparable harm unless Mostad is enjoined from stopping the electricity supply to their home,” Pine County District Court Judge Krista Martin wrote in granting the restraining order on April 7.

Martin’s order also bars Mostad from taking further actions that interfere with the family’s ability to live at the Sandstone, Minn., rental property.

“It’s hard enough to afford your life during the emergency, but to have a landlord try to force out a family illegally doesn’t hurt only them, it hurts every Minnesotan,” Attorney General Ellison said in an April 7 press release that announced the restraining order.

“I’m glad the court recognized the urgency of this issue and is protecting these tenants and their child,” he said.

The family of three includes a 4-year-old daughter with a pre-existing health condition that, Kelly has said, makes the girl particularly vulnerable to coronavirus exposure.

The AG’s enforcement action against Mostad could cost him a $25,000 fine, court fees and costs and payment of restitution, according to the AG’s April 3 civil complaint.