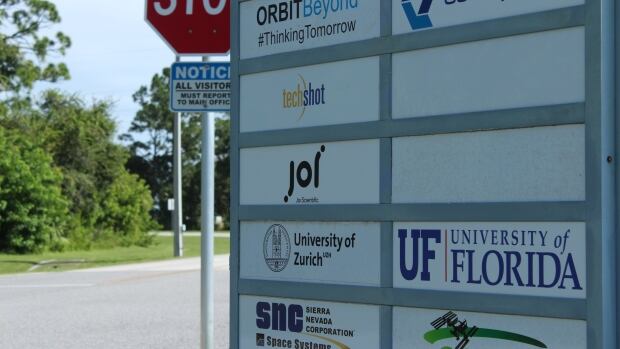 
A Florida-based hydrogen company that received millions of public dollars from New Brunswickers has told shareholders that its technology doesn’t work as previously described, CBC News has learned.

NB Power paid Joi Scientific $13 million Cdn to license a technology that claims to be able to efficiently generate hydrogen gas from seawater to generate electricity on demand, something that would be a major scientific breakthrough.

Of the payment, $6.7 million came from taxpayers via the province’s Regional Development Corporation. Thomas said earlier this year that the other half of the licensing fee came from a fund for research and development that is part of NB Power’s regular annual budget.

One of the company’s patents claims it can generate hydrogen at 200 per cent efficiency. For one watt of input energy, the patent says two watts of energy in the form of hydrogen gas are produced.

But this past summer, Joi Scientific CEO Traver Kennedy revealed to shareholders that Joi had been calculating power incorrectly.

And, according to a former Joi Scientific employee, the efficiency of the technology isn’t anywhere near what was advertised.

Since June, the company has been using a new method to do its power calculations, Kennedy said in a conference call with shareholders, according to a record obtained by CBC News.

“The results have been both consistent and disappointing,” Kennedy told shareholders on the call.

“We’ve come to learn that the power measurements coming into our circuitry and going all the way back to the wall fundamentally show our current Hydrogen 2.0 technology has poor system efficiencies.”

Kennedy told shareholders the company was in “low cash” and only had funding until the end of August.

“We’re now seeking new funding based upon our new understanding of the system efficiency, realizing that it will have a significant impact on the company’s valuation,” he said.

Kennedy mentioned a technology audit in his call with shareholders.

“Since June, [chief science officer Dr. Adam Wexler] and the technical team have focused on conducting a thorough technology audit and investigation into the current state of the art of our Hydrogen 2.0 technology,” Kennedy said on the call.

The findings of the audit haven’t been made public, but CBC News has requested a copy from NB Power.

“If you speak to any chemist worth their salt, they’ll know that hydrogen from seawater is going to be very, very difficult,” the former employee said.

“So how they got people on board, I’m not sure.”

CBC News is calling the former employee “Alex” to protect their identity.

Not only was it “not possible,” but Alex said the company’s technology “really wasn’t even able to be demonstrated.”

“It never matched up with what they were trying to claim.”

For Alex, a turning point came when reading the company’s patents. Alex noticed some of the patents cited Stanley Meyer, a discredited U.S. inventor who claimed to have come up with a car powered on water.

“A lot of those [Meyer] patents kind of were very similar to what we had, and that’s when it really became real to me that we weren’t really doing the right thing,” Alex said.

Alex described the moment as “a red flag.”

“I mean, the web page that I found [details about Meyer] on had Bigfoot and other very pseudo-scientific things on there,” Alex said.

Back in the spring, both Kennedy and Thomas talked about developing a prototype that could demonstrate the technology in New Brunswick. It was originally planned for 2018 and then pushed back to 2020, at the earliest.

We’d like to be in a position, within a year or 18 months, to demonstrate to the skeptics that this can work,” Thomas said in May.

But Alex believes this was never realistic because “it was never a real proven mechanism to begin with.”

For weeks, CBC News called and emailed Joi Scientific and its executives, trying to reach someone to ask questions about the status of the company and its technology, but those requests were not successful.

The menu that used to play when you called the company’s phone line — 209-PURE-JOI — disappeared.

An employee with the public relations agency that previously helped set up an interview with Kennedy said in a September email that “we no longer have any engagement with Joi Scientific.”

But a spokesperson for NB Power said the company was still “operational.”

So CBC News travelled to Florida to try to speak to Joi Scientific executives.

A reporter asked to speak to someone from Joi Scientific at the company’s Merritt Island headquarters, tucked into the Space Life Sciences Lab in an area locals call the Space Coast.

Joi Scientific chief financial officer Kurt Frahn came out to meet the reporter. But he refused to answer any questions about the state of the technology, saying the company is private and doesn’t speak to the media.

CBC News also went to Kennedy’s Miami Beach condo building to ask to speak with him. Through his concierge, Kennedy said, “We’re not interested.”

In an email later that day, Joi Scientific’s vice-president of marketing, Vicky Harris, said the company wouldn’t be available for interviews.

“As for our status, we are continuing to work on our seawater-based hydrogen technology in co-operation with our licensees, including NB Power,” Harris wrote in an email.

Asked again on Wednesday for an interview, Harris wrote, “We are unable to discuss our technology due to non-disclosure agreements.”

With the future of the company and its technology in doubt, Alex said Joi Scientific has cut down on staffing and lab space.

Records obtained by CBC News through access to information show NB Power opened its own lab in Florida to work with Joi Scientific. The utility spent more than $74,000 on costs associated with the lab between Jan. 1, 2018, and May 15, 2019.

NB Power did not respond to a request on Wednesday to talk about Joi Scientific. It’s not clear if NB Power is still operating a lab in Florida.

In May, the utility’s chief financial officer, Darren Murphy, told the Energy and Utilities Board that the $13 million licensing fee was “a small amount” compared to NB Power’s costs if it didn’t find an alternative fuel source for its Belledune generating station. The federal government’s climate plan requires Belledune to phase out coal by 2030.

Murphy told the EUB the utility recognizes that such spending “will not always turn out with a positive outcome, and there will be some need to invest some amount of money that ultimately may not pan out.” He also told the EUB he couldn’t say whether Joi was financially viable.

Alex believes that hydrogen “attracts a lot of the muddying between what’s real science and what isn’t” because most people don’t understand how it works.

Alex decided to speak out for NB Power ratepayers.

“I think people have the right to know where, how their money’s being spent.”