John Steigerwald: Business as usual won’t cut it for Steelers 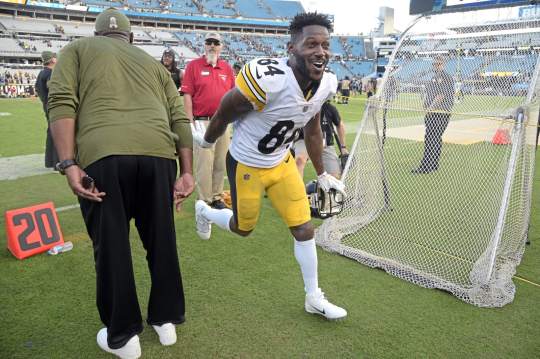 John Steigerwald: Business as usual won’t cut it for Steelers

Things could have been a lot different in the AFC North if not for the kicker. There was that blocked field goal in overtime in Week 1 that led to a tie, and then there was that loss by three points when the kicker missed two field goals and two extra points.

Art, of course, was talking about Chris Boswell, who, according to him, went from one of the best kickers in the league in 2017 to one of the worst this season.

I, of course, am talking about Zane Gonzalez.

He was the Cleveland Browns’ kicker until they cut him at the start of Week 3. Gonzalez had a tough two weeks to start the season. He had a 43-yard attempt blocked by the Pittsburgh Steelers’ T.J. Watt in the opener with nine seconds left in overtime. That game, you may remember, ended in a 21-21 tie. The next week, Gonzalez missed two field goals and two extra points in a 21-18 loss to the Saints in New Orleans.

If he makes those kicks, the Browns finish 9-7. It would have meant that, instead of giving the Steelers a division championship by beating the Ravens in Baltimore in the last game of the season, they would have won the division themselves. They lost that game 26-24 after the Ravens intercepted a Baker Mayfield pass in field-goal territory in the last seconds.

So Rooney probably shouldn’t try to console himself or his fans, as he did while making the rounds in rare talks with the media last week, by playing the woulda-coulda-shoulda game. The Browns had just as many couldas.

And they shoulda started the season with Mayfield at quarterback instead of Tyrod Taylor, who left for good with a concussion in the second quarter of their third game.

That coulda meant a 2-0 start.

Rooney bristled at the idea that his franchise had turned into a circus when it was suggested at his press conference Wednesday.

“It’s nonsense,” he said. “We didn’t achieve our goal of winning the division, but we finished a half-game out and had a lot of opportunities to get there.”

Again, so did the Cleveland Stinking Browns.

They played in four overtime games and lost three of them. The tie with the Steelers looked like a fluke because, at the time, nobody believed they were close to being as good as the Steelers.

They were and they are going into next season.

And it’s about a lot more than the kicker.

No need here to drag out all the circus acts from 2018. They’ve become part of Steelers lore and will live forever, but the first act was Antonio Brown showing up in a helicopter.

After flaming out at home to Blake Bortles and the Jacksonville Jaguars in their last appearance of the 2017 season, it would have been a nice touch if the coach, Mike Tomlin, had told his players it was time for a little humility.

You know, how about displaying a “We mean business” attitude and a focus on the team instead of starting the season off with the biggest and most ridiculous “Look at me” moment in Steelers history?

It’s hard to believe that nobody in the organization had been aware of Brown’ s plan for the big entrance. Would it have been too much to ask if he could just shut up and show up? Maybe change the tone a little bit?

The next decision for Rooney is whether to go with business as usual and give Tomlin, who has two years left on his contract, an extension. That’s been the Steelers way.

After what you’ve seen going back to that loss to Jacksonville almost exactly a year ago, does now strike you as a good time for business as usual for the Steelers?

John Steigerwald is a freelance writer.