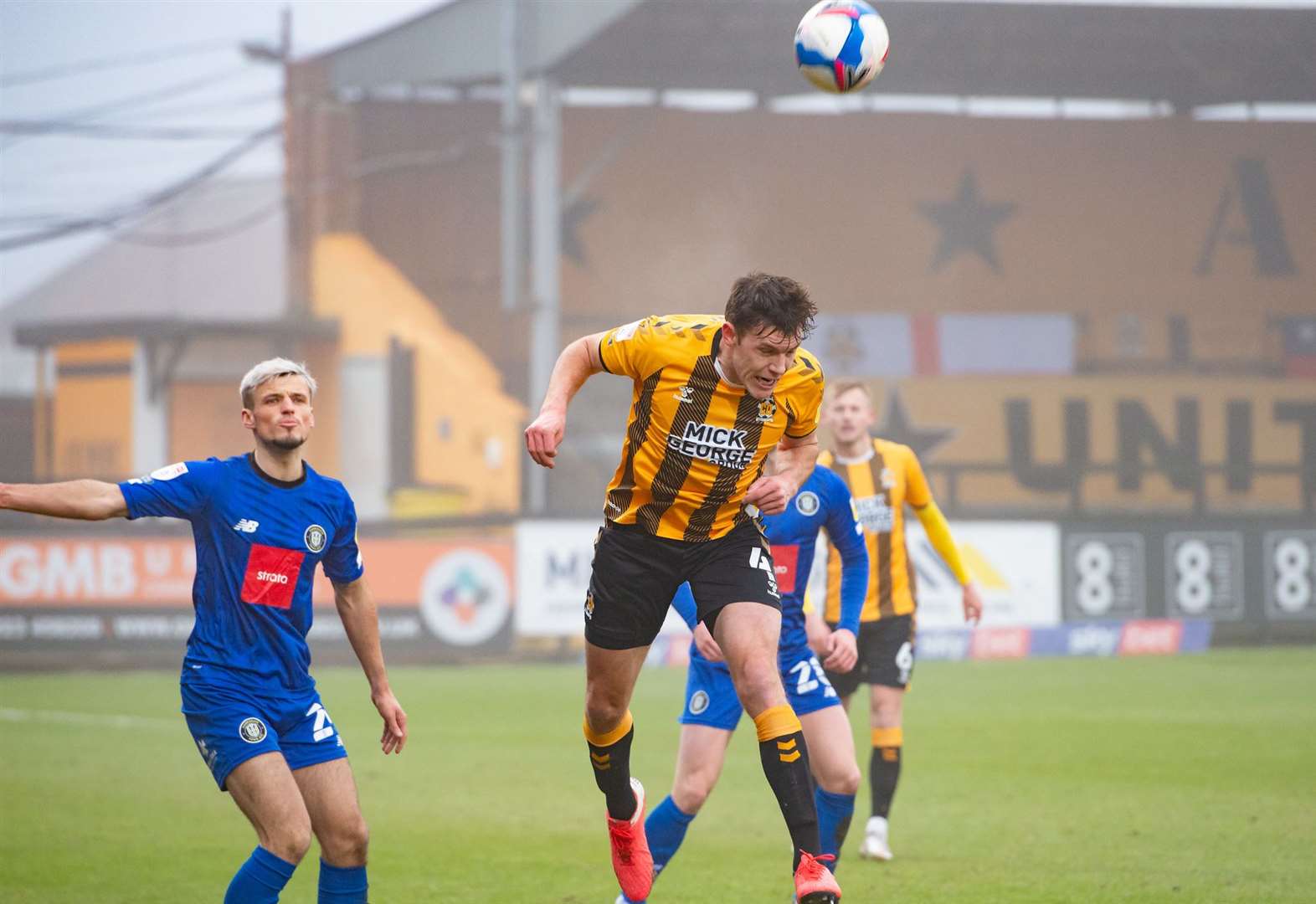 Joe Ironside admitted there was a buzz among the Cambridge United squad after their comeback 2-1 win over Harrogate Town in Sky Bet League Two.

The striker was the catalyst to the U’s collecting all three points, stepping off the bench in the second half to score an equaliser, with Wes Hoolahan then striking the winner.

It was the second home game in a row that United have had to come back from a goal down to earn three points and, after the victory at Grimsby Town last week, their first back-to-back wins since mid-November.

“We went 1-0 down, so the same as on Boxing Day [against Leyton Orient], we had to regroup and put in a big second-half performance and we’ve come away with the three points which was the aim at the beginning of the day.

“Now we know if we go 1-0 down, we have still got every chance of winning the game if we play to our capabilities – and we have done.

“They applied the pressure after we went 2-1 up, and it’s just about staying together to see the game out. We’ve done that so it was good game management and a big three points.”

Ironside has started the last two games on the bench, but he did not take long to make an impact, just five minutes in fact, before turning in Hoolahan’s cross from close range.

“I’ve just got to make sure, whether it’s from the start or from the bench, I’m ready to be called upon and happily I’ve come on and scored pretty quickly,” he said.

“I’m just buzzing that it started the fightback.

“When you’re watching the game, every player wants to play so you are sat there thinking how I can affect this game and luckily I’ve come on and done alright.”

After six points from a possible nine over the festive period, it was good to add another win to the slate – a result which takes the U’s into the automatic promotion places.

“We’ve got two big wins. It’s good to get back-to-back wins because we hadn’t done it for a while. We backed up our performance against Grimsby, and hopefully we can carry it on.

“With the characters in this team, we will always keep going and will do our best, so we’re happy with two big wins.”

He added: “Everyone is just taking it game by game and just keep trying to churn out points to see where it takes us.”