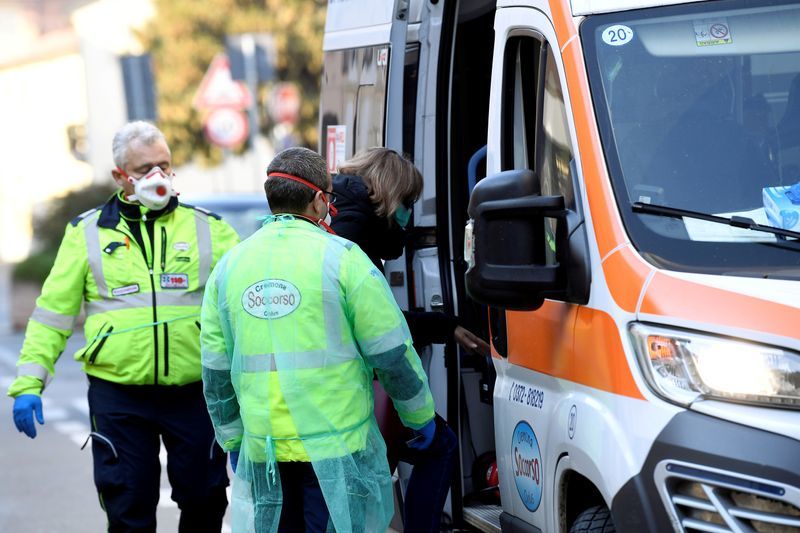 MILAN (Reuters) – The number of cases of coronavirus in Italy continued to rise on Sunday after the government passed a series of emergency measures to limit the spread of the outbreak in Europe’s most affected country.

The governor of Italy’s northern Lombardy region Attilio Fontana said certified cases of the illness in his area had risen to 89 from 54 a day earlier, bringing the total number in the country to more than 100.

In an emergency decree approved late on Saturday, the government adopted special powers to be able to stop people leaving or entering the worst impacted zones.

The measures were introduced just hours after two people died from the virus in the north of the country.

A spokesman for the governor of the northern region Veneto said on Sunday the number of cases there had risen to 19, seven more than on Saturday.

Lombardy and Veneto, Italy’s industrial heartland which jointly account for 30% of gross domestic output, are the worst hit areas in Italy.

Lombardy is home to Italy’s financial capital Milan which has a population of 1.4 million. The city’s mayor Giuseppe Sala announced that all Milan schools will be closed from Monday. Universities in both Lombardy and Veneto have also been shuttered until early March.

Sporting events have also been canceled in the regions, including three Serie A soccer matches.

Fashion designer Giorgio Armani has said his fashion show scheduled to take place in Milan on Sunday would go ahead in an empty theater without any press or buyers present.