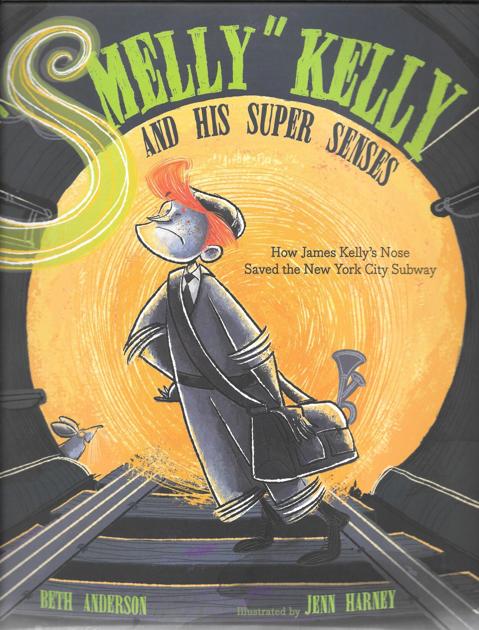 Not all learning takes place in a classroom or remotely. One of the most pleasurable ways to learn new things is through reading books that aren’t followed by a quiz or test, books that are read just for personal pleasure and the things that are learned from them.

The books reviewed today address that in three distinct ways. From a personal reflection of what it is like when freedom is not allowed, to a fun approach to learning subtraction and how one man made an important contribution to the safety of thousands using his nose, these and other stories are certain to ignite interest while providing information in a thought-provoking way. Read on; knowledge is the key to everything.

The following book is available at many public libraries.

“The Wall: Growing Up Behind the Iron Curtain” written and illustrated by Peter Sis, Farrar, Straus and Giroux, 52 pages

In 1948, Peter Sis was born in Czechoslovakia. That same year the Soviets took control of his country and closed the borders.

“I was born at the beginning of it all, on the Red side — the Communist side —of the Iron Curtain.”

In school and outside of his home, young artist Peter was told what to draw and what to think. Initially, he didn’t question what he was being told, but later “he found out there were things he wasn’t told. This was the time of brainwashing.” Throughout, there were many people who wanted to be free from Communism, and as Peter grew, he was one of them.

A deeply personal memoir of the author/artist’s life in Communist Czechoslovakia and his ultimate defection is brought forward through his rich, complex art and never-before-seen private photos and journal entries. A cautionary tale, “The Wall” provides deep reflection on freedom and subtly teaches what transpires when freedom is compromised.

Choices this week: “My Granny Went to Market: A Round the World Counting Rhyme” by Stella Blackstone & Christopher Coor; “The Best Mother” by C.M. Surrisi; “Nanuk the Ice Bear” by Jeanette Winter

The following books are available at favorite bookstores.

Ten playful chicks and their friend Mouse are having a sleepover in the chicken coop. When Mama hen announces it is time to go to bed, the chicks are having too much fun to call it quits. So, they decide to subtract their numbers and hide from Mama (and Mouse gets in on the action, too). Why? Because these Arithmechicks know bedtime can’t take place until all the chicks (and Mouse) are accounted for!

“Arithmechicks Take Away” is highly original, loaded with fun and ensures kids will emerge from this delightful story with a new attitude about math.

James Kelly had always had an exceptional sense of smell. Name it; he could smell it. But James wanted to be something more than a person with an extraordinary nose; something that would make him special. He didn’t know what that was, but he was determined to find out.

When James moved to New York City in the 1930s, it was his nose that led him down into the subway system. There he smelled all sorts of problems that no one else was able to detect. He discovered leaks that could have caused cave-ins and seeping gas that could cause explosions. Word spread about James Kelly’s super-nose which earned him a new name: Smelly Kelly.

James wanted to improve his skills and so he read and researched, invented tools to help him in his job and sharpened his senses to both hear sounds no one else heard and follow his nose to the problems. Walking 10 miles of subway track each day, he was a tenacious worker who finally understood that his special power was inside him, where it had always been.

“Smelly Kelly and His Super Senses” is a fascinating true story of an amazing man who worked tirelessly to keep the New York City subway system safe.

Nationally syndicated, Kendal Rautzhan writes and lectures on children’s literature. She can be reached at [email protected]