In politics, we too often speak a different language 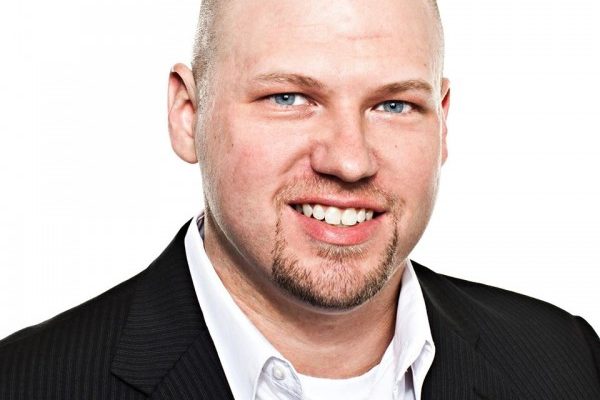 In politics, we too often speak a different language

Last year I read a book entitled “The Three Languages of Politics,” by Arnold Kling, which was originally published in 2013 and has since been re-issued with an updated edition. In the book, Kling argues that the problem causing our increasingly caustic political discourse is that our ideological groups behave “like tribes speaking different languages.”

Last year I read a book entitled “The Three Languages of Politics,” by Arnold Kling, which was originally published in 2013 and has since been re-issued with an updated edition.

In the book, Kling argues that the problem causing our increasingly caustic political discourse is that our ideological groups behave “like tribes speaking different languages.”

Each “tribe” has a certain value system, and the language they use to express what they value is quite different. If someone is interested in having an actual dialogue and perhaps striking up a productive relationship with someone, then understanding that language and the values behind it is key.

It is in retreating to our own tribe, and talking to others in our language about the things we value while our counterparts do the same that American politics devolves into mistrust, hostility, and even hatred.

It is a fascinating book, but I highlight it here because there was a fascinating example used early in the reissued version of the book, as Kling talked about the question of police conduct in dealing with African Americans, which spawned the Black Lives Matter movement, and how each “tribe” thinks about the problem.

“The progressive framing of the issue emphasizes racism, among police and in society as a whole. Progressives put white police, or white society at large, in the role of oppressors, with African Americans in the role of the oppressed,” he wrote.

“The conservative framing of the issue emphasizes the need for order. Conservatives put criminal suspects and unruly demonstrators in the role of barbarian threats and put police in the role of defenders of civilization.”

“The Libertarian framing of the issue emphasizes the need for citizens to be free of police harassment.”

He goes on to argue that as you consider the issue, one could see at least some merit in all three ways of framing it.

Consider, for example, the never-ending language debate between those shouting “black lives matter” versus those who reply “all lives matter.”

The reality is that there is nothing wrong with either of those statements.

I never had a problem with protesters shouting “black lives matter.” I understood instantly what it meant: “we don’t think society values black lives to the same degree it does white lives, and I am emphatically stating that they do matter just as much as everyone else.”

Even if you would disagree with the sentiment that society doesn’t value black lives, what I just wrote is hardly offensive, and is in fact an understandable sentiment.

But neither is “all lives matter” offensive. Those on the left have, over time, reacted more and more negatively to its use, because they view it as a means of dismissing the “black lives matter” statement as worthless, and unimportant. Use the phrase around protesters, and you are likely to trigger an intensely negative reaction.

In short, it is a statement meant to say, “I don’t think we should break society up into racial groups that we constantly pit against one another. We are all in this together, and I resent the implication that I don’t care.”

If you took two people on the opposite side of this argument, put them in a room, let them calm down, and then had them ditch the catch phrases and just say the longer, entirely reasonable version to each other, do you think it might start a more productive conversation?

I am certain it would, and that fact reinforces the reality that right now, we should not be at each other’s throats, but should instead be listening, and speaking while being mindful of each other’s value system and inherent decency, as we seek understanding.

Matthew Gagnon of Yarmouth is the chief executive officer of the Maine Policy Institute, a free market policy think tank based in Portland. A Hampden native, he previously served as a senior strategist for the Republican Governors Association in Washington, D.C.