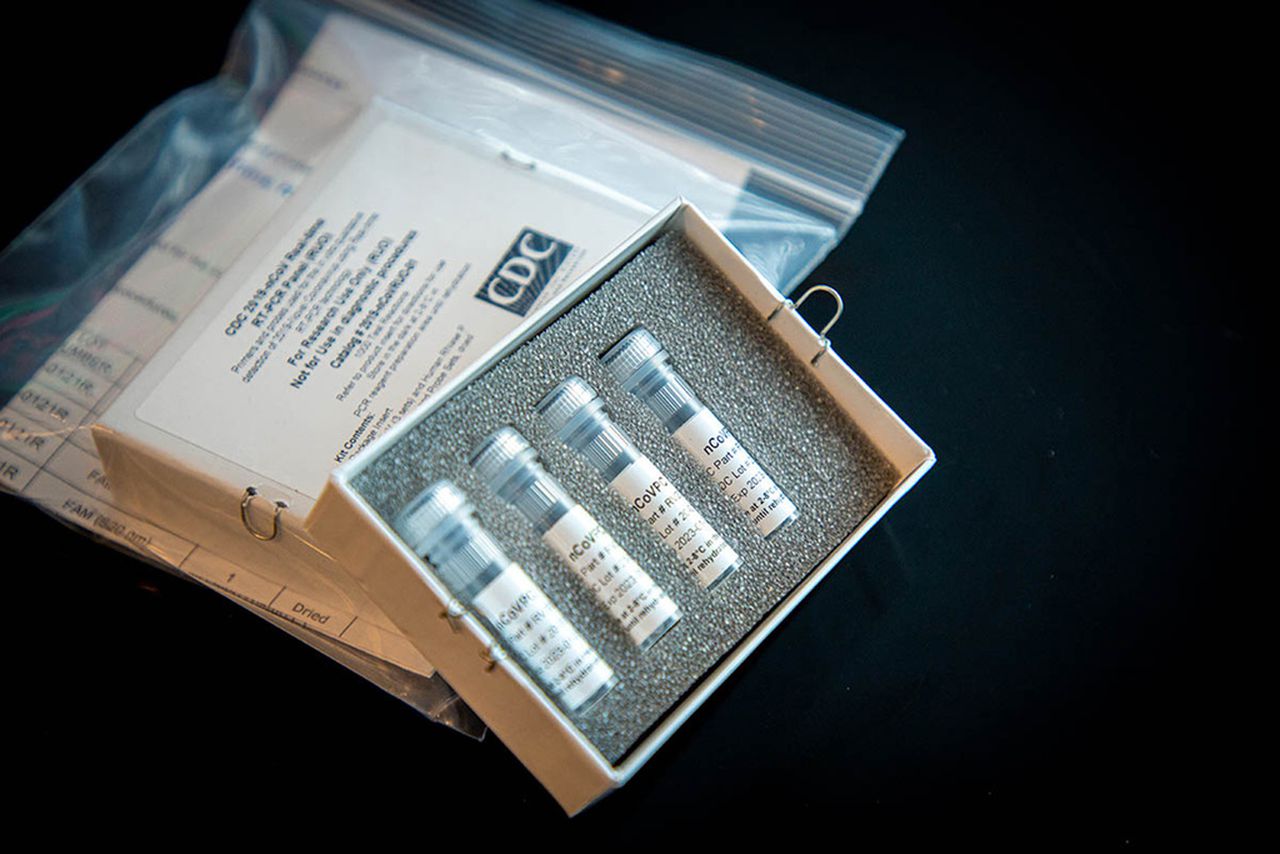 The advance of coronavirus to a remote town more than 200 miles from Portland means the virus “is fairly widespread in our community,” but not broad enough to start aggressive containment, Oregon’s top medical officer said Monday.

Oregon may now have 300 to 500 Oregonians who are or were unknowingly carrying the coronavirus, Dr. Dean Sidelinger, the state health officer and epidemiologist, acknowledged as officials announced the state’s third presumed coronavirus case. It’s not clear how the Umatilla County resident, a casino worker, contracted the disease.

Yet the state won’t take broad containment measures, such as recommending healthy people stay home, until or unless the number of confirmed cases or deaths dramatically increases, he said.

“I’m not pessimistic and giving up that it’s going to spread like wildfire,” Sidelinger said in an interview with The Oregonian/OregonLive.

The state’s identification efforts are now largely focused on testing people suspected of already being sick with coronavirus and monitoring those who may have already been exposed from known sources or who traveled to countries with an outbreak.

Sidelinger said he believes such efforts will help slow the spread of COVID-19 in Oregon.

The monitoring and testing don’t fully account for everyone who could already have the virus, however. To date, Oregon has tested only 28 people, with three positive, 17 negative and eight results pending.

At some point, the state could attempt to intervene by recommending certain school closures, the cancellation of certain community events or requesting particularly vulnerable populations to stay home, Sidelinger said.

But there’s no clear threshold for when officials would consider such action, he said.

“It’s really looking at community by community,” Sidelinger said, noting that severe restrictions in China limiting the mobility of millions of people did “seem to have turned the course of the disease” in that country.

“While we want to keep everyone safe,” he said of Oregon, “we have to weigh it against (restriction on) the broader population.”

The death rate in China, where the outbreak began, has been about 2%.

Oregon essentially has a two-tiered system for identifying coronavirus cases:

* People who may be at risk and are under “monitoring,” but have not been tested.

Oregon since Jan. 24 has monitored 327 individuals who do not have symptoms but who may have been exposed through close contact to an infected carrier or who traveled abroad in a country with an outbreak. Of those, 226 people have cleared monitoring without any symptoms.

The state currently is monitoring 101 people. They have been asked to stay home for two weeks from the date of possible exposure. People under monitoring are not tested and state officials say it’s unclear how effective testing would be on someone who has not developed symptoms.

Individuals under monitoring, Sidelinger said, “are probably the people who are least likely to infect others,” given their understanding of the risk and regular health assessments.

“While there could be a slight risk kind of right as the person develops symptoms, since we’re checking in with them regularly, we hope to identify them quickly,” he said of people who would move from the monitoring phase to investigation.

State authorities don’t ask family members of a person under monitoring to stay home. That’s because “we don’t want to unnecessarily burden them by having the entire household stay home,” Sidelinger said.

* People who are already sick and are under “investigation,” prompting testing.

Individuals move from “monitoring” to the state’s “investigation” category if they become sick with COVID-19 symptoms such as fever, cough and shortness of breath, and are referred for testing.

That’s what happened in the state’s second coronavirus case, who was a “household contact” of the first patient identified Friday.

But Oregon’s system doesn’t quantify others in the community who may be infected with coronavirus until they become sick enough to be referred for testing by medical professionals.

Oregon’s first coronavirus case, for example, involved a Lake Oswego school employee who became infected from an unknown source and was eventually hospitalized and diagnosed through coronavirus testing.

Oregon’s third patient, identified Monday, was also infected with coronavirus from an unknown source and didn’t become diagnosed until being hospitalized.

As it stands, the Oregon Health Authority has about 1,500 coronavirus tests and the capacity to complete about 80 a day. At the current testing rate, Oregon has enough supplies to last months.

While it’s unclear how many Oregonians might already have the virus without knowing it, Sidelinger said a recent analysis estimating infections in Washington is probably similar to the spread in Oregon.

The analysis, by a principal research scientist at the Institute for Disease Modeling, found a likely number of 300 to 500 individuals in Washington could be infected or have already recovered, with the high range up to 1,500, according to The New York Times.

State officials say they have not completed any modeling and do not yet have plans to model the potential outbreak in Oregon.

“If modeling is out there and available, we would certainly look at it and take that into consideration as we move forward,” the Oregon Health Authority said in an email.

Ken Stedman, a biology professor at Portland State University who specializes in non-human viruses, told The Oreognian/OregonLive that more aggressive measures by state officials to recommend isolation are unwarranted given the low number of documented infections and deaths.

More testing will undoubtedly reveal more cases, he said, which would help officials get a better understanding of the prevalence, the fatality rate, and whether more action is needed.

For now, preventing more coronavirus infections will require anyone feeling sick to stay home, said Sidelinger, the state health officer, and for people without any signs of sickness to practice safe habits such as thorough hand-washing.

Even so, Sidelinger, in an earlier conference call with reporters, didn’t shy away from the growing death toll in Washington or the fact Oregon will almost certainly see positive cases rise.

“We will likely see additional hospitalizations,” he said. “And while we have not seen any deaths in Oregon, that’s certainly a possibility.”