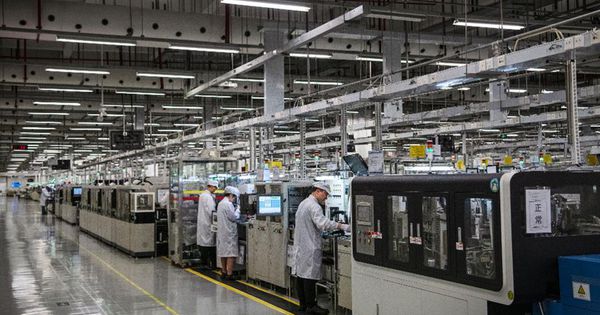 The two sides to Huawei’s world were on show in London yesterday, June 19. The company used a keynote speech at a telecoms industry conference to outline “the role that Huawei intends to play in the U.K.’s rollout of [5G] technology,” just as a U.S. government official again warned British lawmakers that “millions of people would be exposed” to potential surveillance if the Chinese technology is allowed into U.K. networks.

In a keynote speech, Huawei’s President for Global Government Affairs Victor Zhang emphasized the need for “unified standards across a hyperconnected world,” with “understandable concerns about the safety and security of digital technology and the privacy of data.”

Zhang told his audience that “Huawei wholeheartedly supports the Government’s ambitious digital strategy which places connectivity at the heart of the British economy. Huawei’s role is to work with U.K. operators to help deliver that ambition. We are determined to build a world with ubiquitous connectivity and pervasive intelligence, delivering intelligent experiences across all scenarios, to enable every person, home, and organization to have access to the benefits.”

But if cell phone towers in London “were all run by Huawei,” Ambassador Robert Strayer, the U.S. Deputy Assistant Secretary of State for Cyber, told an event organized by the Henry Jackson Society, “all of our phone calls could be surveilled… millions of people around the U.K. could be exposed, although they would only focus on individuals who they are going to target… This could be a mechanism to exfiltrate mass amounts of data.”

Asked about the financial cost for the U.K. to shift away from Huawei, Strayer acknowledged that there have been “a lot of concerns raised by some of the telecom carriers in the United Kingdom and others that there will be substantial delays or a loss of the best types of technology if those carriers do not go with Huawei,” but said such claims were “exaggerated… [and] there is a way to migrate away from an untrusted vendor to trusted vendors over a period of years. There’s always a way.”

Jeremy Thompson from Huawei’s U.K. business told the technology conference that “digital transformation requires collaboration and innovation… Huawei is just one part of the global 5G revolution. There is an ecosystem of partners that must work together to realize the value of digital transformation and the benefits it can offer the U.K.”

The Telegraph reported that Strayer asked the U.K. to consider the cost to society from Huawei’s “huge intellectual property theft,” as well as “data potentially being exfiltrated to authoritarian regimes… Whether we like it or not, China has a record of intellectual property theft.” Strayer also asked the U.K. to consider the “rampant stories around the world of corruption and bribes” which have been linked to Huawei as it makes its decision on whether to allow the technology into its network.

A Huawei spokesperson dismissed Strayer’s warnings: “We reject the latest round of unsupported allegations by the U.S. in London today. Huawei is an independent privately owned company which has never been involved in a serious cybersecurity incident in 30 years of operations. In the absence of evidence, Assistant Secretary Strayer relies on crude stereotypes to argue our 18-year presence in the UK should be brought to an end.”

There is mounting speculation that the U.K.’s next prime minister could override the decision taken by outgoing Theresa May to allow Huawei into the non-core (edge) elements of the country’s networks. To an extent, that was a decision to maintain what’s already in place. Any reversal would have a material knock-on effect for the U.K.’s networks as they strip out and replace Chinese equipment. The other issue for the carriers is whether Huawei’s competitors have the capacity to quickly pick up the slack.

And this puts Huawei in a strong position still. “We will not be distracted from our overriding objective,” the company said in response to Strayer, “which is to focus on developing world-leading 5G products for telecoms operators across Europe, so they can continue to enhance their networks, delivering new services and helping to boost economic growth.”