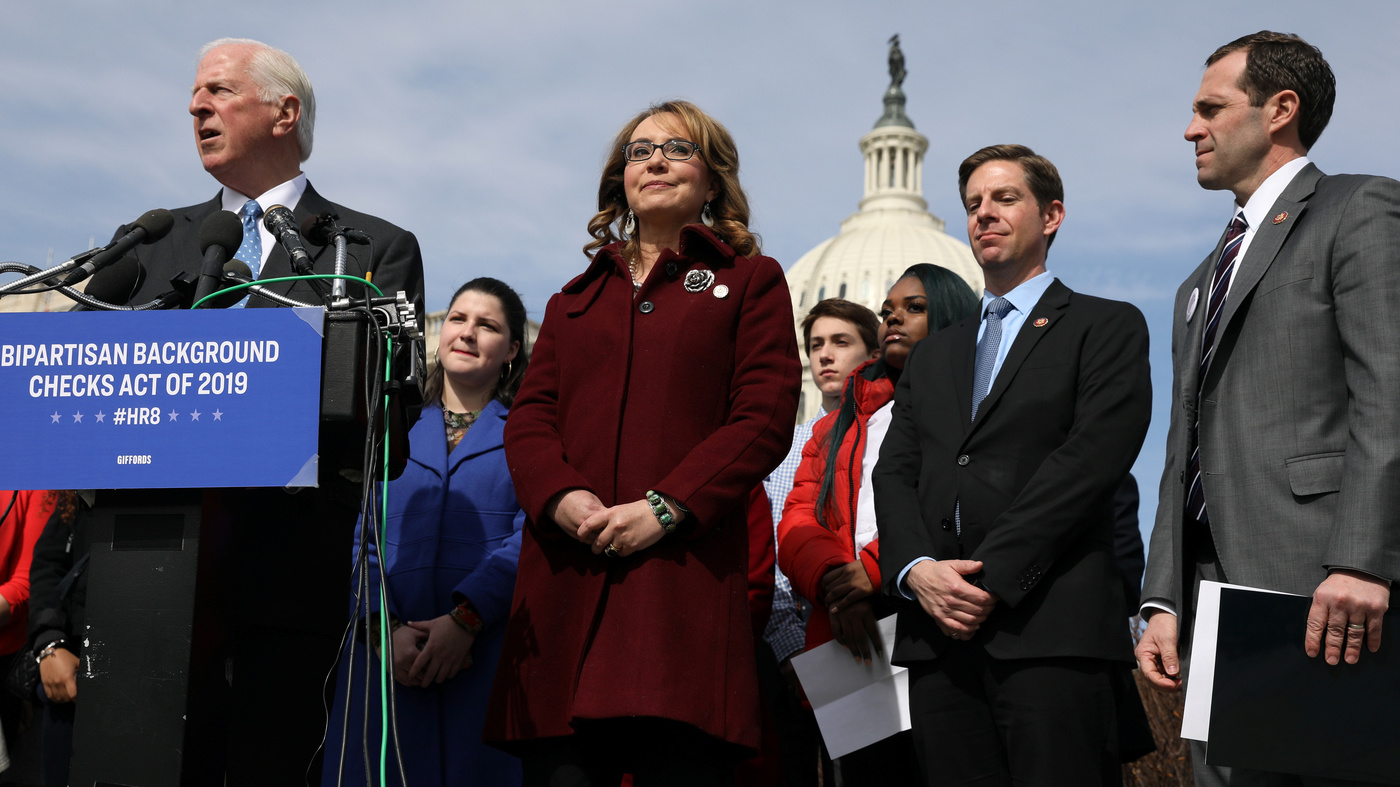 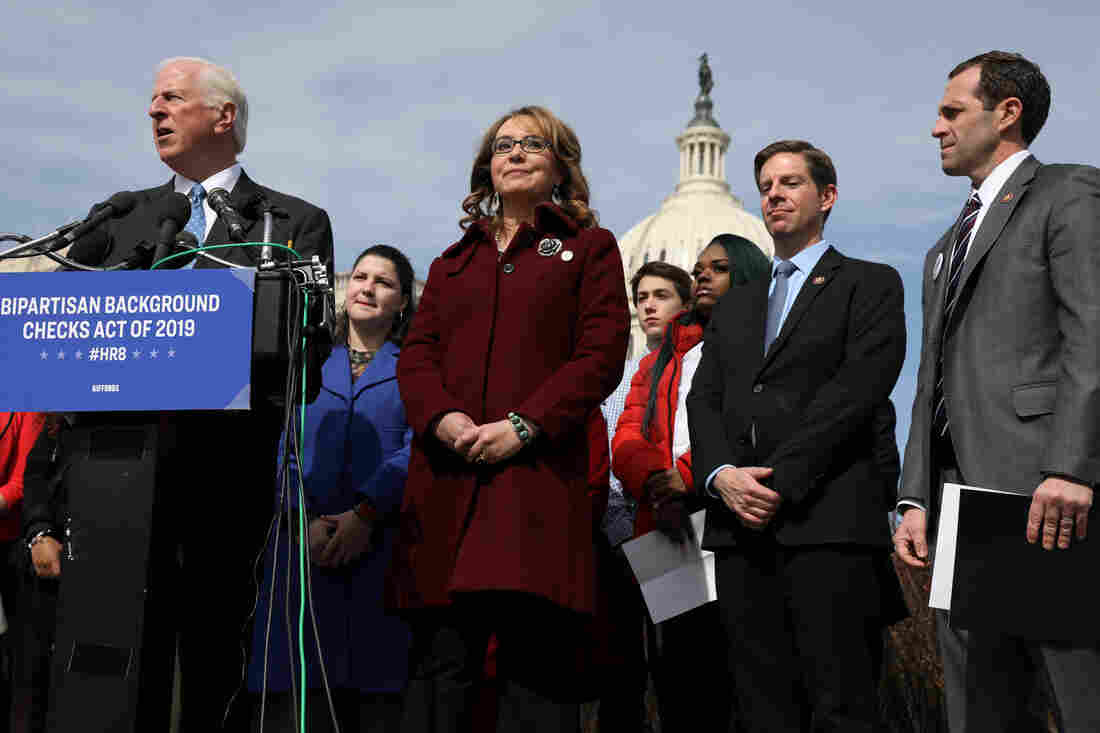 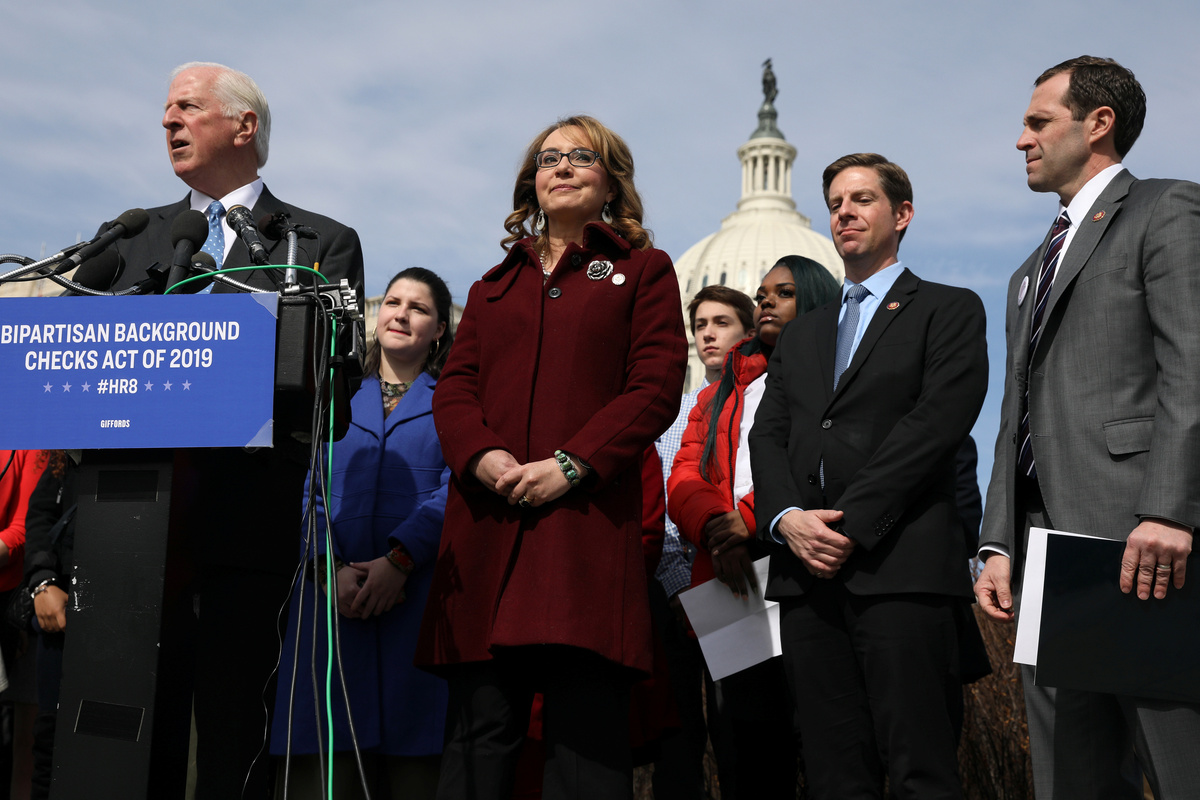 The House Wednesday passed the most significant gun control measure in more than two decades when it approved the first of two bills aimed at strengthening the federal background check system for firearms purchases. The bill will likely stop in the House, though — the Senate is unlikely to take up the measure and, even if it does, the president likely would not sign it.

The vote on the first bill dubbed the “Bipartisan Background Checks Act of 2019” passed largely along party lines 240 to 190 with Democrats who control the House cheering as they carried the legislation across the finish line.

A second bill lengthens the number of days a firearm dealer must wait for federal background checks to be completed. Currently the wait time is three business days. The bill, which is expected to be taken up Thursday, would extend it to 10 business days.

House Democrats hope the swift passage of the companion bills will put pressure on the Senate to act. The National Rifle Association opposes the bill and it faces major headwinds in the Republican-controlled Senate. In the unlikely event the Senate approves the measure, it would still face the strong possibility of a veto by President Trump.

As its name suggests, the first bill did garner modest GOP support, even attracting five Republican co-sponsors. In the end, only eight Republicans crossed party lines to support the bill.

The legislation mandates background checks be performed on all gun sales, including firearm purchases made privately, whether it be online or at gun shows. Under current law, only licensed gun dealers are required to conduct a background check for someone seeking to obtain a gun.

The background check does not apply to transfers between close relatives. A firearm could also be loaned to someone using it at a shooting range or for the purposes of hunting and trapping, unless there’s a reason to suspect the gun will be used in a crime. Or the person receiving the gun is prohibited from possessing the gun under state or federal law.

A temporary transfer of a gun can also take place in situations where it’s “necessary to prevent imminent death or great bodily harm.”

At a press conference ahead of its passage, the bill’s sponsor Rep. Mike Thompson, D-Calif., called it a “historic time” adding that expanded background checks would “help save lives.” He also highlighted the difficulty of getting gun control vote during the previous eight years the chamber was controlled by a Republican majority.

“We were not able to get a single hearing or have a single vote in the House under the last majority. It’s a new day,” Thompson said.

He was joined by former congresswoman turned gun control advocate Gabby Giffords who nearly died from injuries sustained when a gunman opened fire at a constituent meeting in Tucson, Ariz., in 2011.

“I’ve seen great courage when my life was on the line. Now is the time to come together, be responsible. Democrats, Republicans, everyone,” Giffords said.

Critics of the bill, including many Republicans, say the background check legislation would have done nothing to stop many of the recent mass shootings, including the one in Parkland, Fla., where 17 students and faculty were killed at a high school. They also argue that if passed into law, it would prevent law-abiding citizens from having access to firearms.

One prominent opponent of the background bills is Rep. Steve Scalise, R-La., the House minority whip. He was severely injured during a shooting at a congressional baseball practice in Virginia in 2017. He appeared in a video tweeted out by the NRA Wednesday ahead of the vote.

“I’m proud to work with the NRA to oppose these gun control bills they are bringing to the Capitol – H.R. 8 and H.R. 1112,” Scalise said referring to the official names of the Bipartisan Background Checks Act and the one that advocates say would close the “Charleston loophole.”

“Both of these bills will strongly infringe upon the rights of law-abiding citizens to buy and ultimately share their own guns,” he said.

H.R. 1112, sponsored by House Majority Whip James Clyburn, D-S.C., would give the FBI more time to complete a background check.

Supporters say because of the flaws in the current system, a white supremacist in 2015 was able to buy a gun and kill nine churchgoers in Charleston despite having a drug arrest which should have prevented him from getting the gun. Under current law, a gun seller can proceed with a gun transfer if they have not received notice within three business days.

The poll found strong support even when factoring in the political affiliation of poll respondents: 95 percent of Democrats, 94 percent of Independents and 89 percent of Republicans were in favor of background checks.