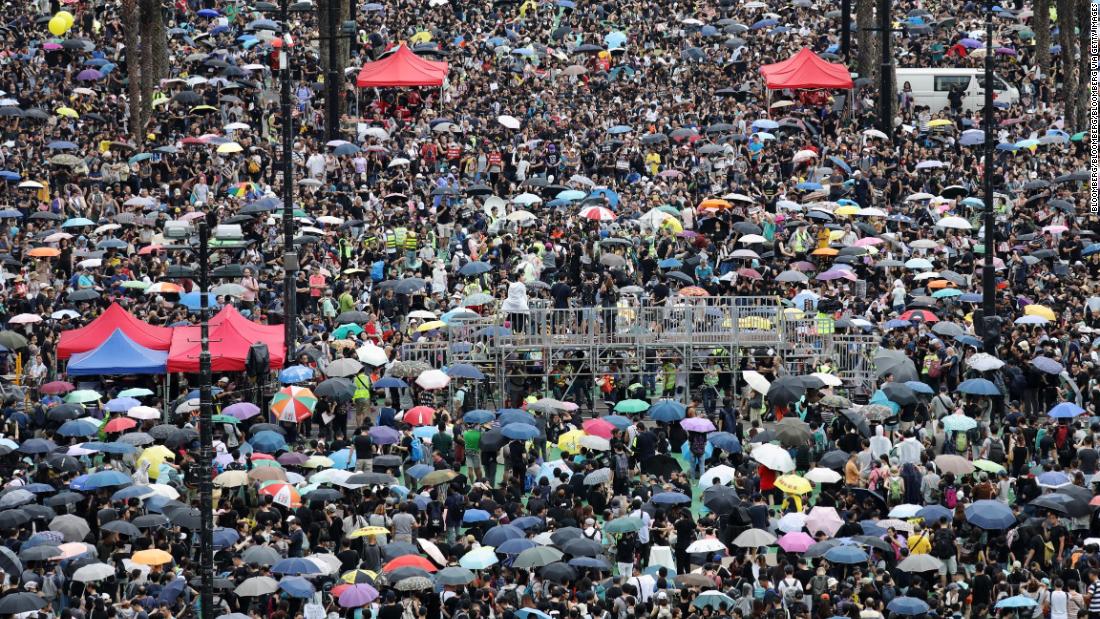 Throughout the protest movement, there’s been a seemingly endless stream of creative, and sometimes humorous, artworks.

Today’s protest is no different.

At Causeway Bay subway station, protesters clad in black handed out glossy A3 posters to passersby.

This one uses the cut-out paper dolls of your childhood to show the typical outfits of protesters, press and police. There are also items that have become synonymous with the groups, including the protest messages written on colorful Post-it notes that are often seen stuck to walls around the city.

And the poster also has a message for police, who have been criticized for their heavy-handed tactics: “Do you still remember your aspirations when you put on (the) police uniform for the first time?” 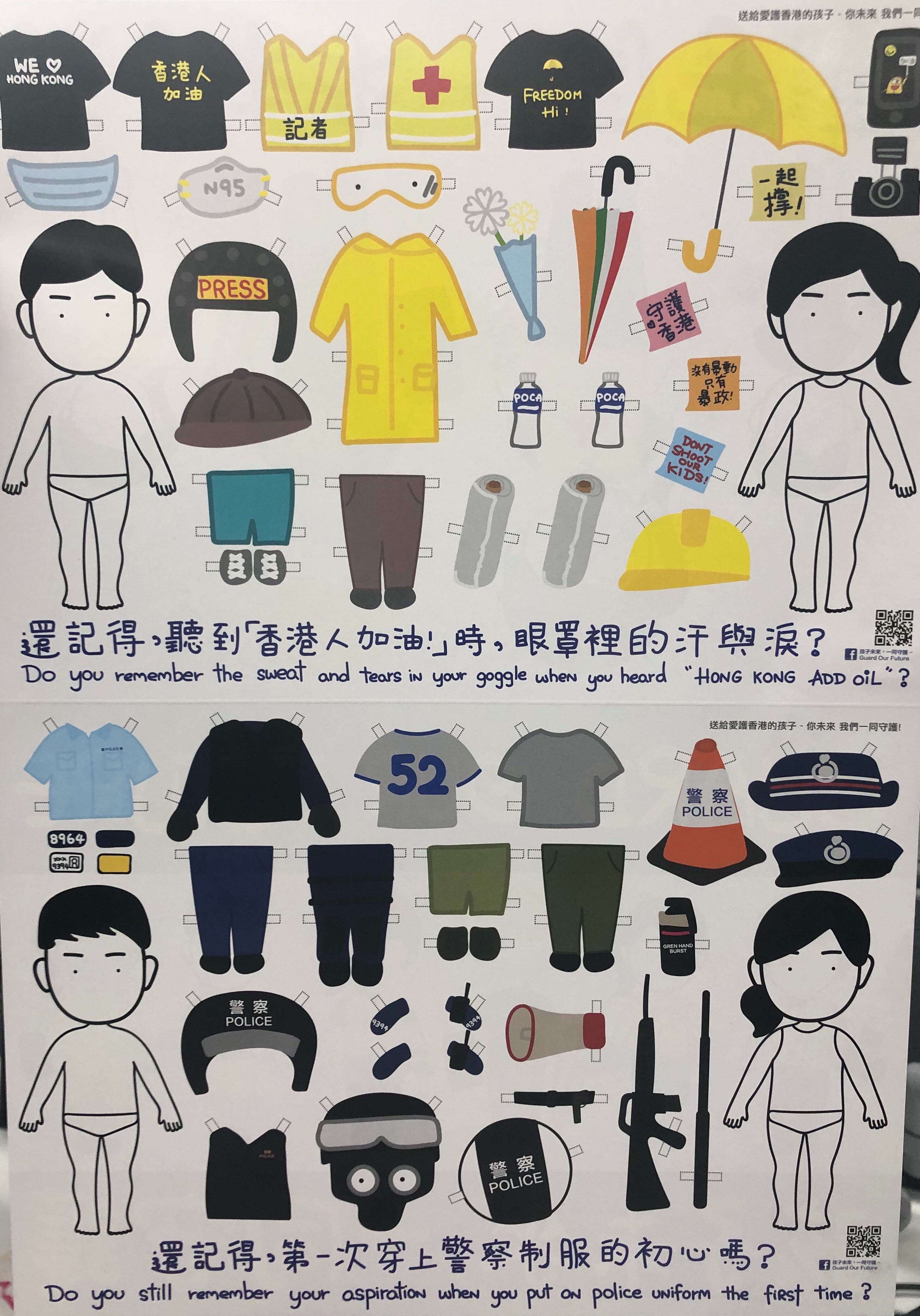 This one was also handed out at the Causeway Bay subway station — but takes a quite different approach. The large pink characters read: “God bless Hong Kong.” 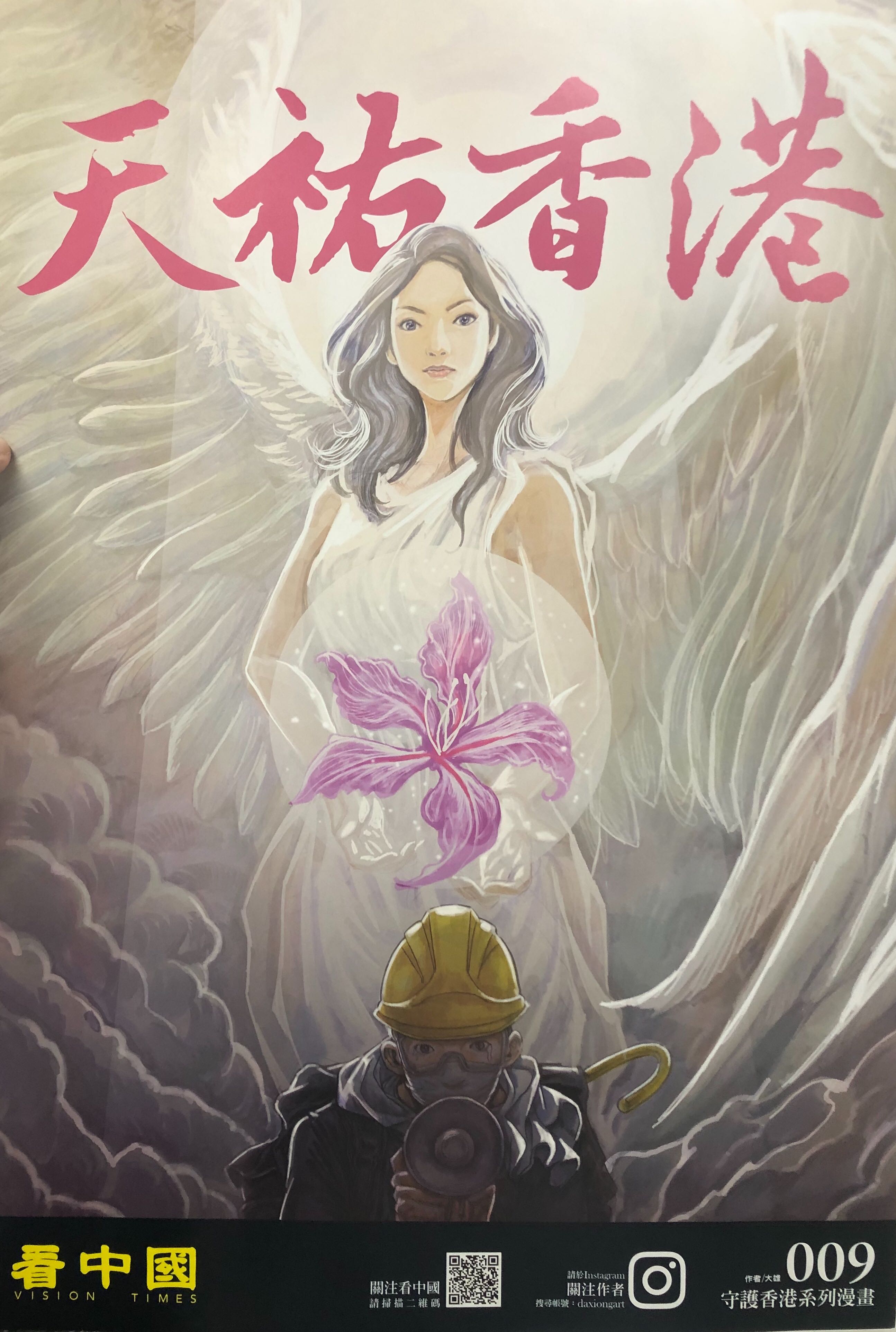 Hong Kong’s political art has taken on a distinct style, from design to distribution. Banners are not just plastered onto main roads — they are sent directly to residents via Bluetooth and Wi-Fi almost immediately after they are created.

The graphics serve multiple purposes; some advertise upcoming protest marches, others contain subversive criticism of the authorities and many encourage unity and stamina. You can read more about Hong Kong’s protest art here.