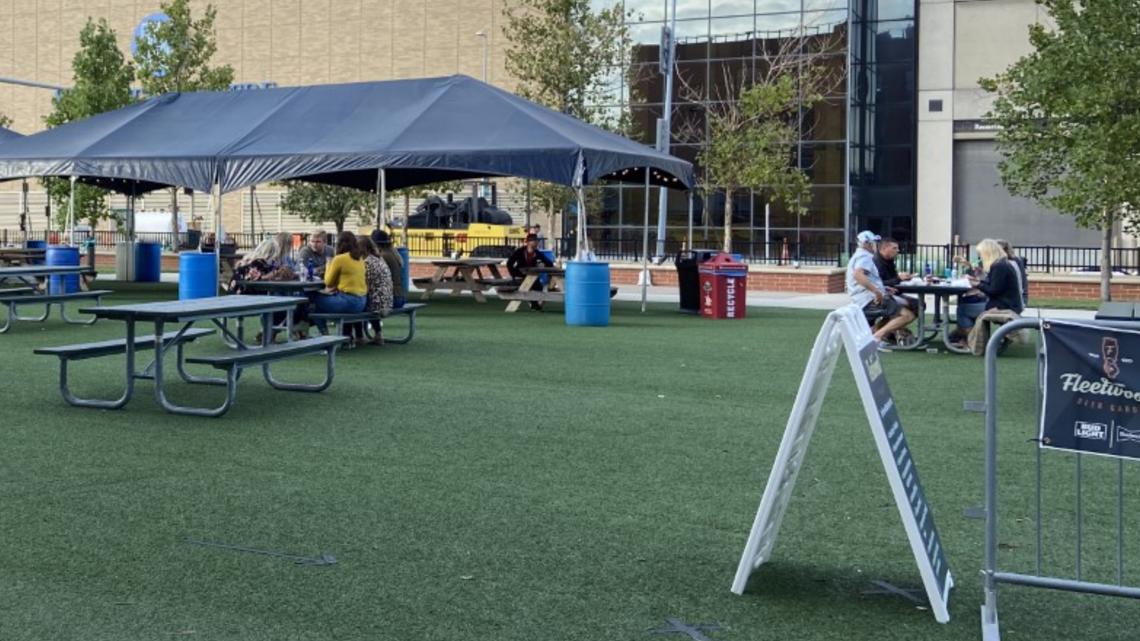 While Toledo’s boys of summer may have been benched, that isn’t stopping the team behind the team from coming up with fun ideas to get families out of the house.

TOLEDO, Ohio — Downtown Toledo businesses are looking for creative ways to keep you entertained while allowing you to social distance as it cools down during the upcoming cooler months.

With the Minor League Baseball season canceled and the ECHL season delayed until December, downtown has been without the big draw of Toledo’s two sports teams for an unusually long time.

But as the seasons change, the continuing hope is to draw crowds back to the downtown area and utilize the advantages that places like beer gardens offer during a time when social distancing is still very important.

Mary Jo and Rick Frame were enjoying a pizza and some live music at Fleetwood’s Beer Garden.

“Until this, we stayed home. Really, we did not come downtown until they opened this area,” said Mary Jo Frame.

Outside events are an appealing option to many, in a time when people are encouraged to social distance but still have fun.

Andi Roman, director of communications for the Toledo Mud Hens and Toledo Walleye, says this is where Fleetwood’s Beer Garden at Hensville Park truly shines.

“It’s been fantastic,” said Roman. “We even have regulars that are coming back week after week. People are just looking for something to do and we have the perfect venue to be able to keep people safely spread out.”

It has been so popular that instead of closing in August as planned, the beer garden will remain open until the end of this month.

“We’re at home and it’s just us two,” said Mary Jo Frame. “I tend to get more depressed than he does, and he’ll say ‘I think we need to go downtown’, and so we tend to do it.”

With things winding down at the beer garden, Roman says they are looking into other ways to continue to bring people downtown, especially with the winter months on the way and a revised schedule for the ECHL season yet to be announced.

“It’s just good for people to be able to interact. And, you know, businesses have been struggling. So in order to heal some of that, it’s important to be able to do that,” said Roman.

The first ever concert at Fifth Third Field is scheduled for Sept. 24, featuring Oliver Hazard. Saturday night movies at the ballpark are running through October.

For the Frames, the beer garden is a win.

“We are able to social distance from everybody,” said Rick. “And, you’re able to have a good time.”