Hearing on Hospitality, Recreation, and Entertainment district to continue next week 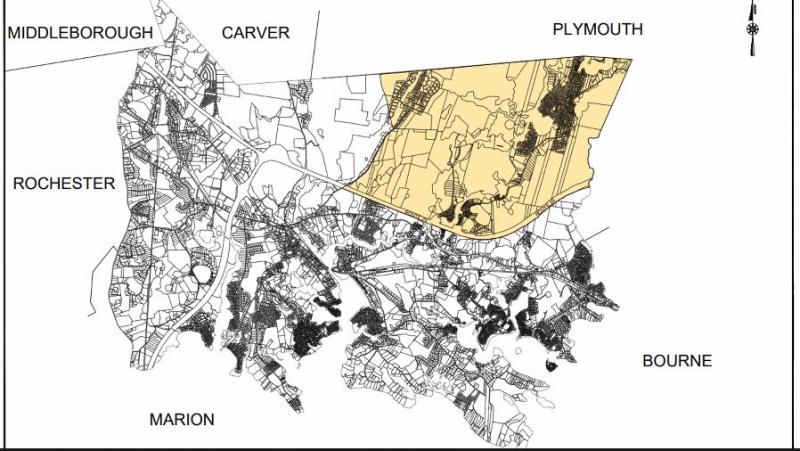 Hearing on Hospitality, Recreation, and Entertainment district to continue next week

Residents and board members expressed both strong support and skepticism of the proposed zoning district at a meeting that stretched for nearly three hours on Monday night — and is set to pick back up next Monday.

The zoning proposal, written by the Notos Group, would create a “Hospitality, Recreation, and Entertainment District.”

The group crafted the proposal with help from Town Planner Ken Buckland. Although the developers are the group behind the proposed Wareham Park racetrack and casino, they insist that the proposal is not tied to their specific project – a claim that was challenged by some at the meeting.

“What is it that you’re trying to do? Because you’re not going to get the average citizen to vote for something until they know what it is they’re voting for because this zoning is not something that everybody is familiar with,” said Don Jepson, a citizen who attended the meeting. “I certainly wouldn’t vote for it because nobody knows what the hell is going on here.”

Others, including those involved with the Wareham Tigers youth football program and Shayla Tavares, the interim director of the Boys and Girls Club, were in favor of the proposal.

“Why are we nit-picking on the one thing that could literally change this entire town’s outlook on economic growth, financial growth stability, for our kids, our youth? I mean, we’ve got to start at the bottom and build up,” said Damon Solomon of the Tigers.

Charlie Rowley, who is the town’s engineer but was participating only as a resident, expressed numerous concerns with the wording of the proposal itself. Although Notos Group attorney Jeffrey Tocchio said the proposal is for an overlay district, that is not made clear in the warrant article. The proposed zoning regulations sometimes are written about the district, and sometimes about “Hospitality, Recreation, and Entertainment developments” — a variation that Rowley said could open up loopholes, or hours of disagreement between officials.

Rowley also expressed concerns about the zoning’s impact on the groundwater.

The district in question is nearly one-quarter of the town’s landmass, stretching from Charge Pond Road to the Plymouth border at the north and west and bounded in some areas by Rte. 25.

While some of that area is covered by a separate zoning overlay related to protecting groundwater, Rowley said he personally would not vote for the zoning change unless it included specific protections for the water.

Although the details of the proposal are subject to change, it currently would only allow projects with a minimum lot size of 100 acres.

Any projects in the district would be subject to the town’s special permit process, which gives the Planning Board a good deal of authority over what is or is not approved.

The proposal also lays out a number of aesthetic considerations. Buildings and parking structures should be “visually pleasing” without long stretches of unbroken walls and with a consistent architectural style throughout the project.

Lighting should be minimally disruptive at night. Every project would be required to maintain at least 20 percent open space — that is, green space that isn’t covered by asphalt or a building or other structure. The proposal also mandates that projects should be ecologically-friendly.

All zoning changes must be approved by at least two-thirds of voters at Town Meeting.