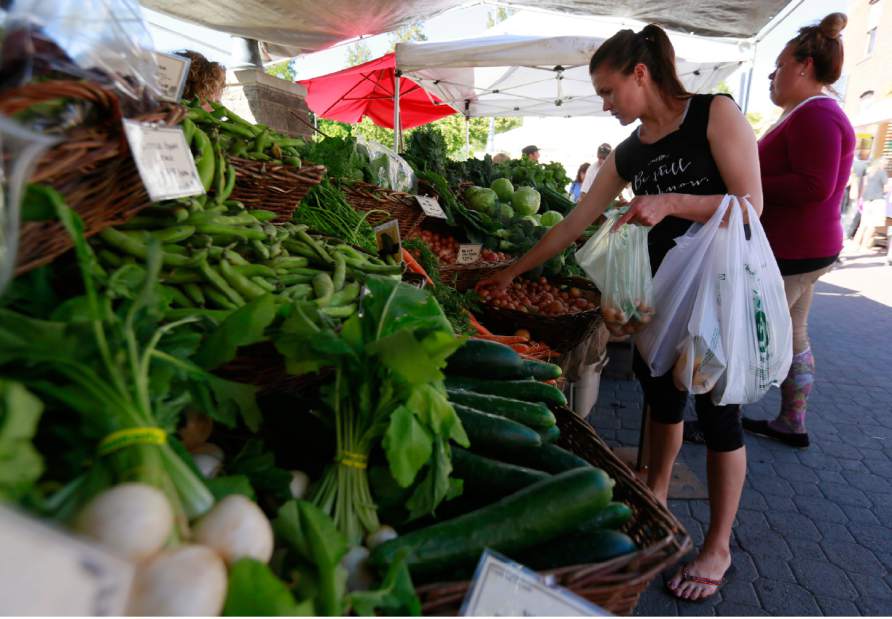 A program in Bend that allows health care providers to prescribe fresh produce to those in need is returning for a second year and expanding across Central Oregon.

The High Desert Food and Farm Alliance launched its VeggieRx program last year and provided 87 people with vouchers to buy produce at the Bend Farmers Market on Brooks Alley. The participants are referred by physicians or sign up on their own and explain how they have poor access to fresh food and are dealing with diet-related diseases such as diabetes.

The results last year were good.

The VeggieRx program runs for eight weeks and will begin at the Bend Farmers Market on June 5.

The goal this year is to double the amount of participants and serve at least 175 people, said Katrina Van Dis, executive director of the High Desert Food and Farm Alliance.

To reach that goal, the program is expanding and will be offered at the Redmond Farmers Market starting June 11, Van Dis said.

Each participant at the Bend and Redmond farmers markets will be offered a $20 voucher each week, with a $30 voucher on the eight week, making the total value $170.

In addition, VeggieRx participants will be able to pick up free meals at a new mobile food truck that will be open two days per month starting June 13 at the Mosaic Medical clinic in Prineville. Instead of using vouchers at the food truck, each participant will be given a preassmembed meal that can feed a family of four.

The Fresh Harvest Kit meals from the food and farm alliance will be kept in the food truck, which was created by NeighborImpact to deliver food pantry items and fruits and vegetables to areas without good access to fresh foods. The Fresh Harvest Kits are ready-to-make meals similar to the national meal kit service Blue Apron.

Van Dis is looking forward to using the food truck to connect people with the VeggieRx and Fresh Harvest Kit meal programs. Both programs are being funded through a $108,000 grant from the Central Oregon Health Council and a $4,000 grant from the Pacific Power Foundation, she said.

“We are taking two of our programs and putting them together,” she said.

The VeggieRx model is used in other communities in Oregon where people are prescribed vouchers for grocery stories. The Bend program differs by offering vouchers at local farmers markets, which ties in contributions from the region’s farmers.

When starting the program, the food and farm alliance reached out to about 40 medical providers in Bend. Providers included the cardiac rehabilitation center at St. Charles Bend, the Special Supplemental Nutrition Program for Women, Infants and Children and dietitians.

“A lot of health care providers were really excited about the opportunity to be able to say to patients, ‘there is a way you can start to make a change,’” Van Dis said.

The food and farm alliance estimates 30,000 people in Central Oregon are without reliable access to enough affordable and nutritious food. That can lead to chronic diseases, such as cardiovascular diseases and type II diabetes.

Van Dis said some participants last year said they felt like their diet-related diseases were controlling their lives and the VeggieRx program helped them regain control.

“One person said they were at rock bottom and that this changed their life,” Van Dis said.