He wanted to sell Mexican street food to buy school clothes, but the county shut him down 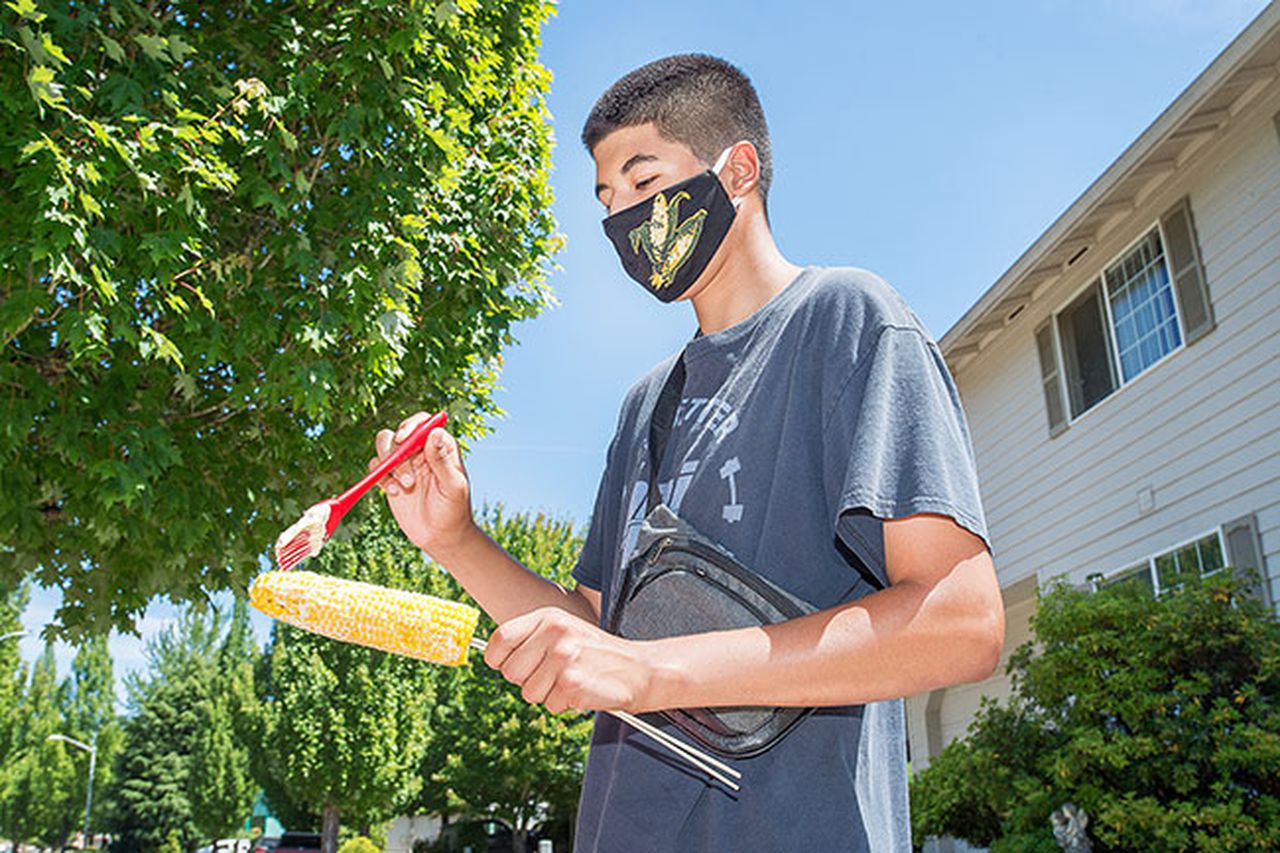 He wanted to sell Mexican street food to buy school clothes, but the county shut him down

McMinnville High School sophomore Miguel Lozano, who’s been selling Mexican street corn — known as “elotes” — from a cart he built with his father, has put his business on hold.

A Yamhill County Environmental Health specialist approached him last week, informing him the state Health Authority required him to have a permit and meet regulations in order to operate his cart, called MigElotes.

Miguel, who has a food service card, said the woman told him it will cost him $1,415 to resume selling corn on the cob with assorted toppings.

“That’s too much,” he said. He’s not sure what his next step will be.

County health officials did not confirm the cost before the News-Register deadline on Monday. However, the county Environmental Health website’s section on restaurant safety and licensing spells out a variety of food service types, requirements and licensing fees. The page defines several types of temporary and seasonal units with permit fees of between $80 to $293.

Miguel and his MigElotes cart were featured in the News-Register July 28 and on Univision TV’s Portland affiliate. Numerous people commented on the News-Register story, most in praise of the teen’s efforts to raise money for school clothes, and someday, a car, although a few criticized him for not wearing gloves in the photos of him preparing corn.

When Miguel announced the closure of MigElotes on his Facebook page Saturday, response was swift. His post quickly drew dozens of supportive responses, including several from food professionals who offered advice and help.

“Our community supports you,” more than one person wrote.

Several people suggested using GoFundMe or selling T-shirts that say “Free MigElotes” to raise money for necessary permits. Others questioned why garage sales, garden produce booths and lemonade stands are OK, but Miguel’s business is not.

“The government should not be shutting down young entrepreneurs,” a Facebook poster wrote. “Whether it’s a lemon aid stand, mowing lawns or Elotes, the government needs to keep their hands out of it. These kids are the future of small business.”

Miguel said Monday that he appreciates the sentiments.

He posted on his MigElotes Facebook page, “Thank you for the continuous love and support. Believe me when I say I want to keep serving you all. Please stay tuned.”