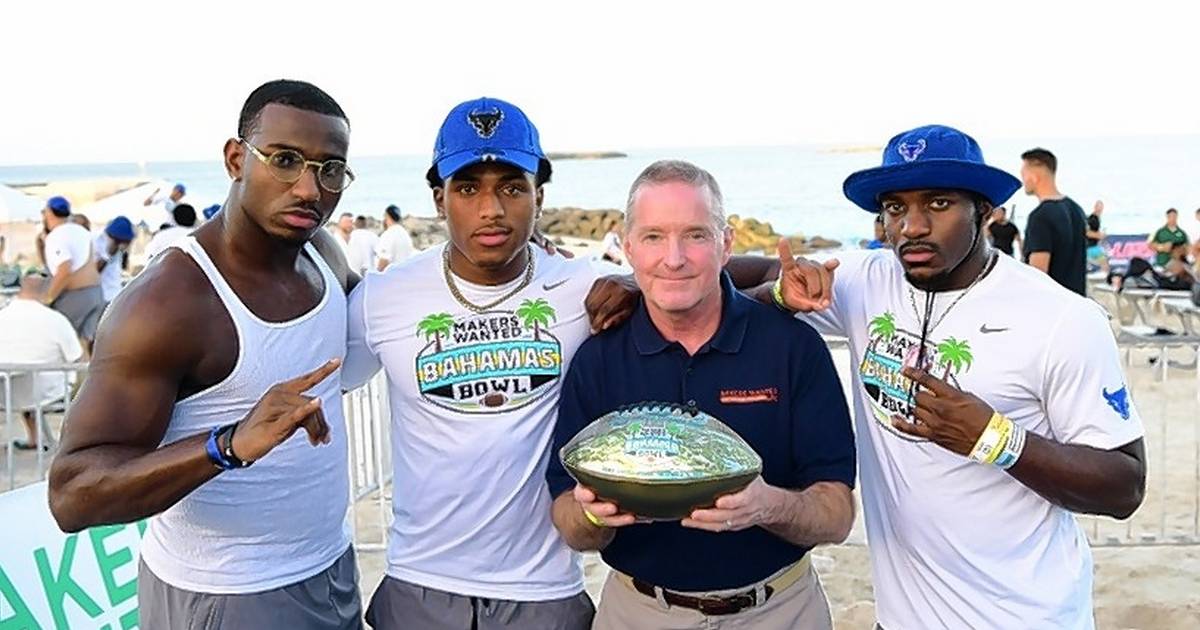 
Elk Grove Village officials made a splash in 2018 when they announced they were sponsoring a college football bowl game — the first nontourist municipality to do so — to promote its massive Northwest suburban industrial park.

The Makers Wanted Bahamas Bowl was seen as a “uniquely creative” marketing endeavor by some experts, and it produced enough positives for village leaders to re-up for a second $300,000 sponsorship, this time of Friday afternoon’s game, amid questions of whether any of the buzz has worn off and what village officials hope to gain this time around.

“I would say the buzz is still going and the ramifications from our investment is still going,” said Johnson, who is part of a small local contingent in the Bahamas for the event.

As in that snowy winter day two years ago at his Wisconsin vacation home, when Johnson was watching bowl games and devised the idea of the village sponsorship, he still believes the purpose is brand identification. Elk Grove Village isn’t in the bowl game title, but its business marketing tagline — “Makers Wanted” — is.

The biggest win from the 2018 game surfaced last spring. Johnson and village officials sat down with representatives of Love’s Travel Stops & Country Stores, an Oklahoma City-based gas station chain, who were interested in opening a station in Elk Grove. It came about after a company executive, an Oklahoma Sooners fan, was watching the Bahamas Bowl and heard all the hubbub about Makers Wanted and Elk Grove.

A proposed 7,600-square-foot store and fueling station with nearly two dozen pumps is planned for construction next spring at Busse Road and Pratt Boulevard in the industrial park.

Officials estimate the village stands to collect nearly $1 million a year for the first two decades the station is open.

Even before the bowl game sponsorship — Elk Grove pursued a local marketing campaign on billboards, radio and television — the vacancy rate of its 6-square-mile business park has held steady at about 3% for the last three years. That’s from a high of 13% a decade ago.

While a brick-and-mortar business or shrinking vacancy numbers may be the physical and financial returns on the bowl game investment, Johnson remains focused on capturing the overall marketing value of the village’s expanded national and international promotional effort.

“Our business park has never been humming like it has been today,” he said. “If it keeps humming, obviously we’re doing something right in terms of marketing and meeting the needs of businesses.”

When Elk Grove announced its initial bowl game sponsorship, it attracted worldwide media attention. It was also panned in some social media circles and met with some skepticism at home.

Some marketing experts, though, praised it.

Adler said the sponsorship’s effectiveness can be measured — qualitatively as brand awareness, and quantitatively with revenue gained.

“If they’re saying they landed a gas station that will generate x amount in tax revenue and it’s attributed directly to the game, that’s a hard measurable, and that’s an ROI, and that’s hard to argue with that,” said Adler, founder, president and chief engagement officer of Chicago-based Engage Marketing.

Elk Grove is spending $125,000 on other marketing efforts, including commercials, target email marketing to businesses, and its business website, makerswanted.org.

The first sponsorship deal with ESPN Productions came with a one-year option at the same price, which the village board agreed in February to pick up. Johnson says trustees will evaluate if they want to do it again.

“You don’t know what the reaction is going to be. Who would’ve known what happened six months later with Love’s?” Johnson said. “We could get something within a week, yes. Or it might take six months like last time. The bottom line is people know Elk Grove now. We’ve heard from people all over the country. We are now becoming a business name.”