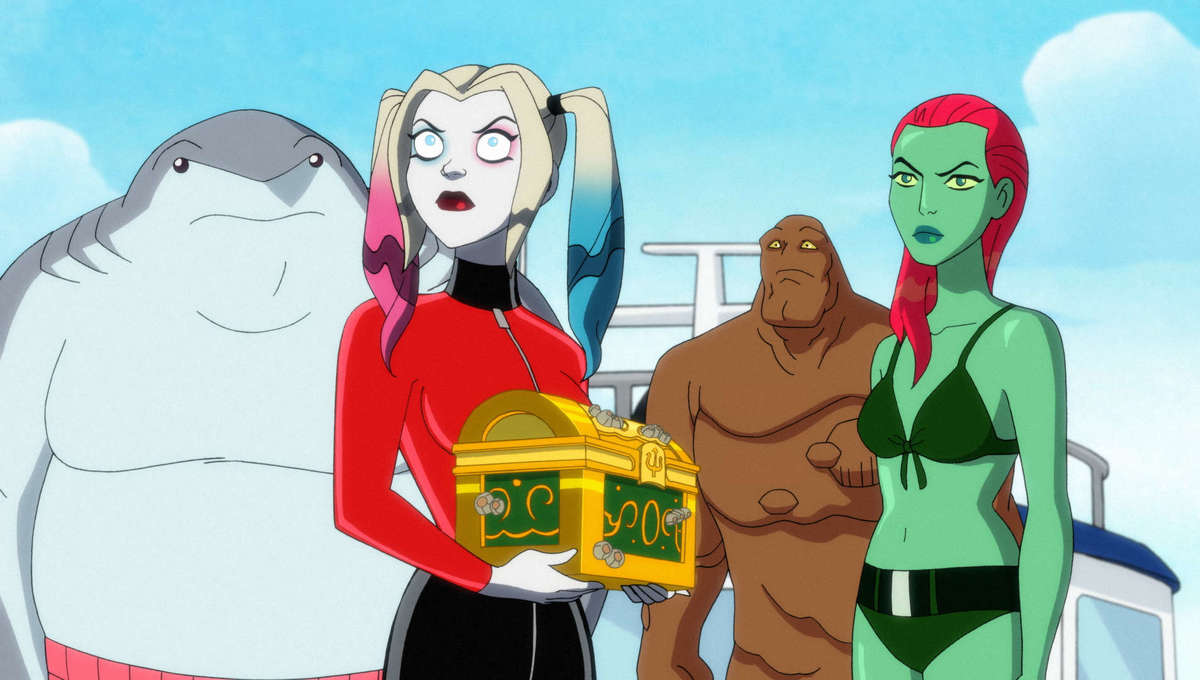 While Harley Quinn has yet to finish airing its second season on DC Universe, series co-creator Patrick Schumacker has a topical idea with which to kick off a possible third season.

“I think Harley Season 3* will open with Gothamites on a Zoom screaming obscenities at Commissioner Gordon and his fellow cops,” Schumacker wrote on Twitter. The asterisk on the number three directs readers to an addendum at the bottom of the tweet: “*If we get a season 3.”

When asked how fans could help get the show renewed for “Season 3 (and Seasons 4-infinity),” Schumacker replied: “I think keep doing what you’re doing. Which I really appreciate. I feel optimistic about it continuing.”

HBO Max went live last week and while its roster of original programming is a little small at the moment, its novel series aimed at younger audiences are dominating viewership.

Based on new data provided to SYFY WIRE by Parrot Analytics, Looney Tunes and The Not-Too-Late Show with Elmo were 16.5 and 10.0 times more in demand than the rest of HBO Max first batch of originals on launch day. Between May 27-30, Looney Tunes moved up to 19.4, while Elmo fell to 5.9.

The revamped exploits of Bugs Bunny, Daffy Duck, and the rest are sure to capitalize on nostalgia, as well as the need for light-hearted fare in these uncertain times. The same can be said for The Not-Too-Late Show, which emulates the tried and true network talk show format, albeit with a puppet host.

As we move into the coming months and years, the streaming service will build up its selection of original content with projects like Seth Rogen’s American Pickle and Zack Snyder’s Justice League.

For those of you with older Roku devices out there, we’ve got a quick PSA regarding the Hulu app’s comparability on them.

According to the Hulu Help Center website, the Roku Streaming Player (models 2400 to 3100) and Roku Streaming Stick (model 3420 or earlier) will no longer support the Disney-owned streaming platform starting Wednesday, June 24. If you try to use them after that, you may receive such error messages as: “Hulu Plus is no longer supported on this device” or “Your user session has expired.”

To access all of the features, these devices need to be updated to firmware version 8.1 or higher.

Per Deadline, Hulu is expected to hit $2.7 billion in ad revenue by next year.