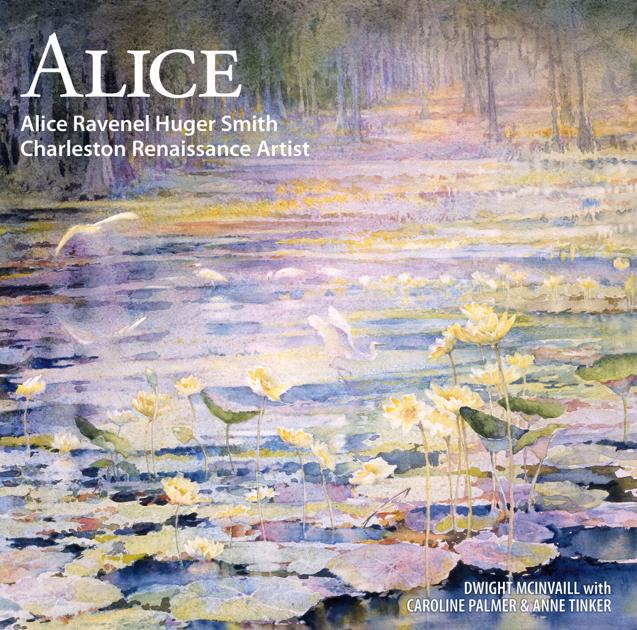 Smith’s artwork is on exhibit at Middleton Place and the Edmondston-Alston House March 1-Jan. 10, 2022. She was adept at capturing the beauty of the Lowcountry in watercolor and helped make the region an important destination for cultural tourism.

“Alice” is an account of the artist’s life and work that draws on unpublished papers, letters and interviews. It is enriched by more than 200 illustrations of paintings, prints, sketches and photographs, many shared for the first time.

Bill Thompson, a former Post and Courier reporter and reviewer who now is a freelance writer and editor, has produced a volume of collected essays called “Why Travel? A Way of Being, a Way of Seeing.”

A why-to book more than a how-to guide, “Why Travel?” explores one subject as a way of covering many of others. Thompson marshals 40 years of travel experience to offer readers valuable direction, a renewed sense of wonder and inspiration for their own explorations.

Thompson has written widely on every aspect of travel, from urban adventures to wilderness basics. His journeys span six continents, including 48 of the 50 U.S. states, and have resulted in more than 70 published articles. Follow him online at the travel website www.sojournerartoftravel.com.

Uncover more stories from Charleston’s 350 years of history that have been long forgotten over time. Sign up for this 5-part newsletter course to learn about key historical moments that aren’t told in the story of Charleston.

Goose Creek resident Larry R. Wiles has published “Jack Madison: The Shaping of His Life,” an autobiographical novel now available as a $19.95 paperback or $9.99 ebook at https://larryrwiles.com/jack-madison-book/.

Jack Madison is a typical teenager growing up in the 1950s in a small Midwestern town. His passion is baseball. His coach is Fred Jenkins, a Black man originally from Mississippi. Fred was part of the segregated Negro League and now is the first African American to manage the town’s baseball activities.

Together, Jack and Fred are challenged by bigotry, racism, prejudice and emotional trauma during a tumultuous decade. The lessons he learns will shape Jack’s life and propel him to success.

Wiles retired from a career in business in 2013 and wrote “Jack Madison” to share his experiences and examine how Jack’s life lessons can apply to anyone in today’s world. He is currently working on a sequel.

For more information, go to www.larryrwiles.com.

Golf in South Carolina the subject of new book

Today, Myrtle Beach is sometimes called the “Golf Capital of the World,” but the first courses were established nearly 300 years ago in Charleston. The Country Club of Charleston produced World Golf Hall of Fame members Henry Picard and Beth Daniel. The 1991 Ryder Cup matches, the “War by the Shore,” took place on Kiawah Island’s Ocean Course, also the site of the 2012 and upcoming 2021 PGA Championships. Hilton Head’s Harbour Town Golf Links has hosted the PGA Tour’s RBC Heritage for more than 50 years. Gillespie and Braswell detail the history of the game in the Palmetto State.

Gillespie was a senior sportswriter, columnist and golf writer for The State newspaper in Columbia from 1979 to 2010. Braswell has written about golf in North and South Carolina since the mid-1970s for The Post and Courier and other publications, covering local events, Ryder Cups, PGA Championships, the Masters, the Heritage and numerous LPGA.