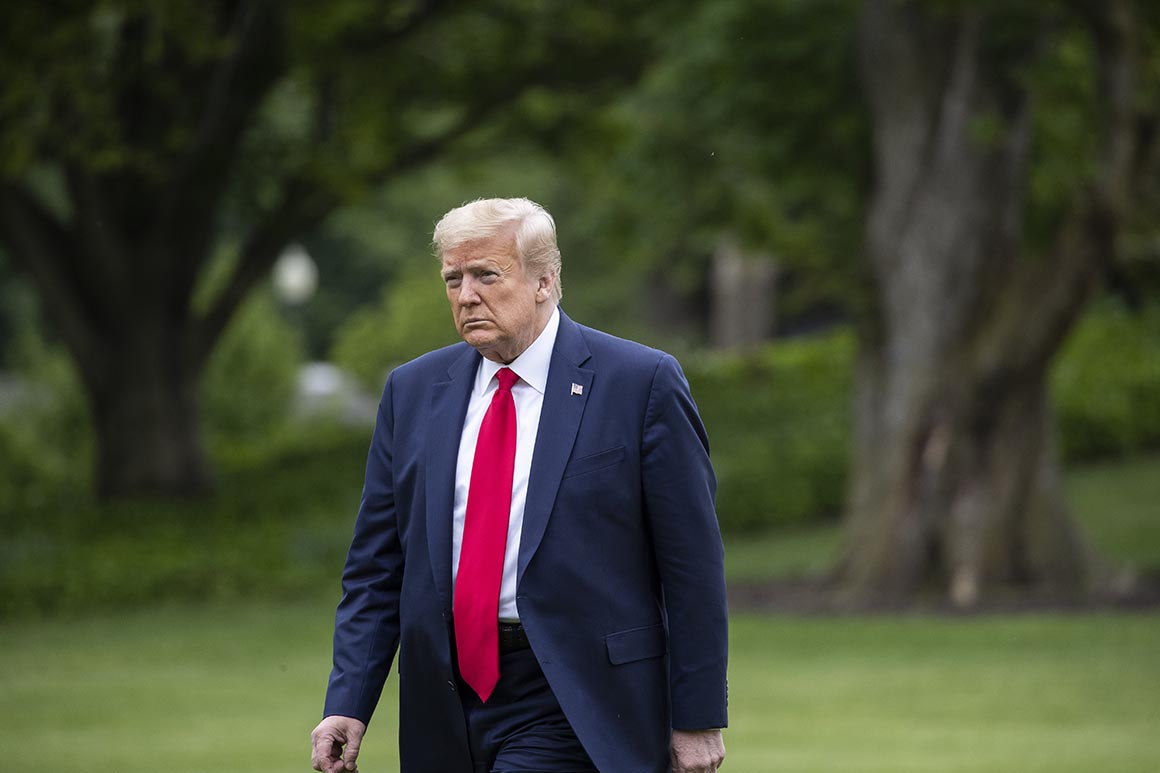 
When pressed further, Trump added: “Look, he was an incompetent president. That’s all I can say. Grossly incompetent.”

Since leaving office, Obama has largely avoided weighing in on politics or how his successor is doing. But recently, with the coronavirus outbreak taking a huge toll on the country, he has become more outspoken.

In April, 20.5 million Americans lost their jobs and unemployment was at 14.7 percent. As states ease coronavirus restrictions, the spread continues: There are nearly 1.5 million cases and more than 89,000 deaths in the U.S. The Trump administration has been criticized for a delayed response to the outbreak and a lack of organization in providing tests and medical supplies.

Last week, on a call with roughly 3,000 former staffers, Obama said the government has taken on a “What’s in it for me?” mindset, and he called the White House’s pandemic response “an absolute chaotic disaster.”

On Saturday, in a virtual address to graduates of historically black colleges and universities, Obama broached the topic again: “This pandemic has fully, finally torn back the curtain on the idea that so many of the folks in charge know what they’re doing.”

He didn’t name names, but the implication was clear.

Trump calling his predecessor incompetent is not new. He has railed against inheriting what he has called an ineffective and “broken” system when he came into office. He has said he won’t be asking former presidents for help because he wasn’t “going to learn much.” And in 2013, before his presidential aspirations were in the picture, Trump tweeted: “Who thinks that President Obama is totally incompetent?”

But the president’s brief comments on Sunday come as he pushes the unfounded “Obamagate” conspiracy theory, alleging that officials in the previous administration sought to undermine Trump and target his top associates — like former national security adviser Michael Flynn — with the Russia investigation.

“It’s like hitting conspiracy bingo.” Here’s how fringe groups and extremists are seizing this moment to peddle dangerous messages online.

Trump even began pushing Senate Majority Leader Mitch McConnell to more aggressively look into the origins of the investigation into Russia’s interference in the 2016 election. McConnell, along with most Republicans, has been cautious on embracing Trump’s position.

“I’m glad Mr. Obama has a new job as Joe Biden’s press secretary,” Navarro said on ABC’s “This Week,” referring to the presumptive Democratic presidential nominee. “As far as I’m concerned, his administration was a kumbaya of incompetence in which we saw millions of manufacturing jobs go off to China.”