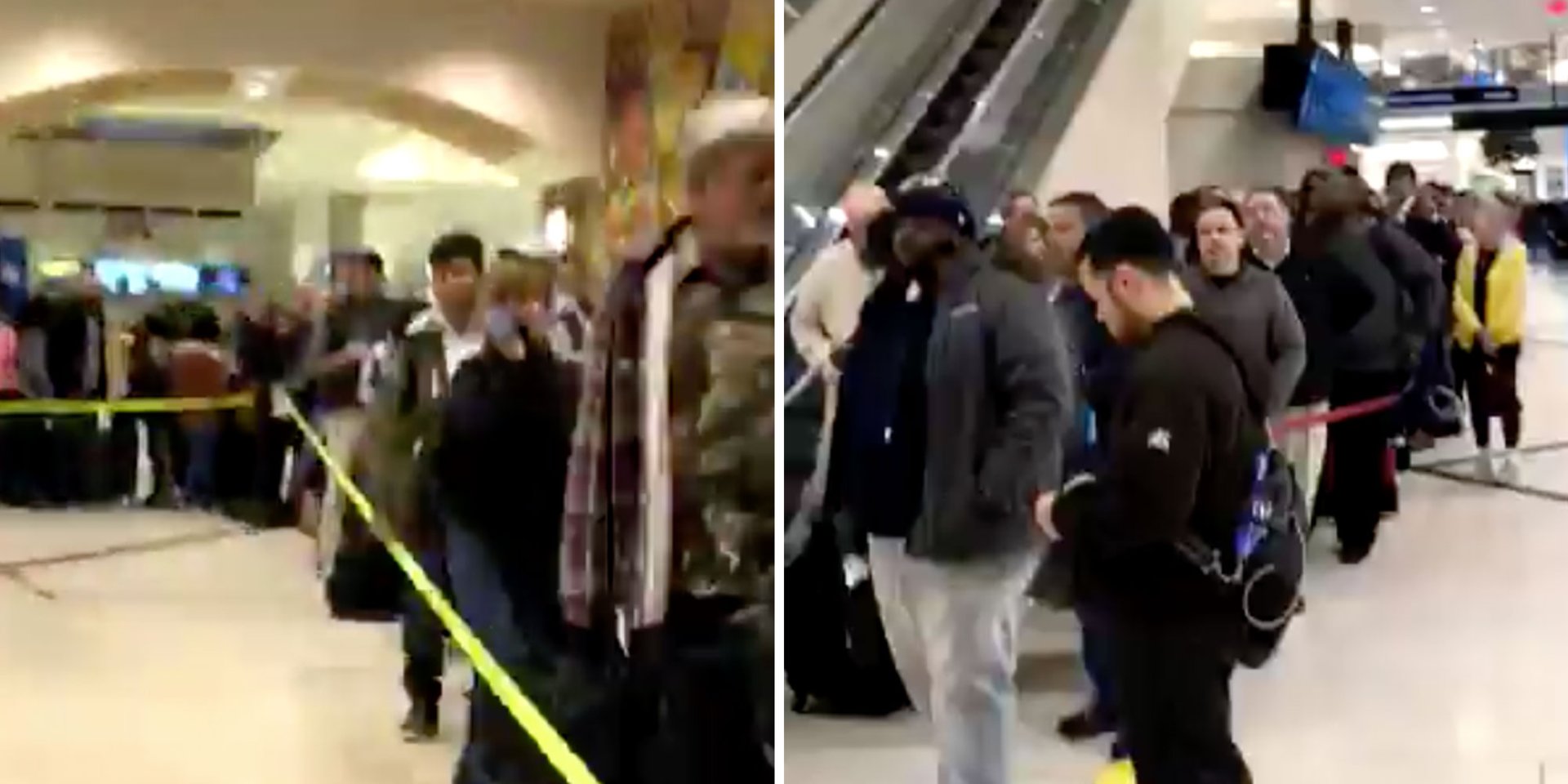 America’s busiest airport has warned passengers to set aside three hours to clear security, as the government shutdown takes a deepening toll on everyday life in the US.

Hartsfield-Jackson Atlanta International Airport tweeted on Monday evening that it was experiencing “longer than usual wait times during peak travel” and advised passengers to “give yourself 3 hours to clear security.”

Transportation Security Administration agents, who provide security at airports, are expected to work unpaid during the partial government shutdown, and many are not coming to work.

An airport spokesman told Business Insider on Tuesday afternoon that the airport’s advice was still to allow three hours for security.

As of midday on Tuesday, the wait times were about 15 minutes, according to the airport’s website.

The airport told Business Insider that passengers should still arrive three hours before domestic flights so they can “adequately prepare.”

Earlier Monday, the CNN reporter Omar Jimenez shared video footage of a security line at the airport, which he said was the “longest security line I have ever seen.”

The sped-up footage shows a long line of passengers snaking through the airport. “One passenger told me he’d been waiting over an hour and still had about 30 minutes to go,” Jimenez said.

The Associated Press reported on Monday that the long lines had caused some passengers to miss flights.

Passengers have been showing up hours before their flights to ensure they can take off.

Unusually high numbers of TSA agents across the US have been calling in sick.

On Monday morning, 7.6% of TSA agents had unscheduled absences, compared with 3.2% on the same day last year, the TSA spokesman Michael Bilello said. He said “security standards remain uncompromised at our nation’s airports.”

One federal air traffic controller in Atlanta told The Daily Beast on Monday: “Everything is a mess here. No one knows who is open, who is working, or what terminals are functioning.

“It’s a total s—show that won’t be solved until the shutdown is over.”

The Atlanta airport representative told Business Insider that passengers should check the airport’s website and app for estimates on security wait times.

The shutdown is now the longest in US history, leaving 800,000 government employees unsure when their next paycheck is coming. Even though those working unpaid are eligible to receive back pay once the shutdown is over, many live paycheck to paycheck.

The shutdown started December 22 after Democrats refused President Donald Trump’s demand that a spending bill to keep the government open includes billions of dollars in funding for a wall along the southern US border.

Bilello, the TSA spokesman, said agency directors were meeting with airport authorities and airlines across the US to “ensure resources are optimized, efforts to consolidate operations are actively managed, and that the screening and security of the traveling public are never compromised.”

Read more: Canadian air traffic controllers are buying hundreds of pizzas for US colleagues who aren’t getting paid in the government shutdown

He also said the TSA would reallocate officers across the country “to meet staffing shortages that cannot be addressed locally.”

Some airports have been sharing their short security lines in response. Washington Dulles shared a photo of short lines and said it had “minimal wait times.”

But other airports have warned that conditions could worsen if the shutdown continues.

A lack of air traffic controllers, who are also being unpaid during the shutdown, could also hold up flights.

“We were already at a 30-year low for air traffic controllers before the shutdown,” Waggener said.