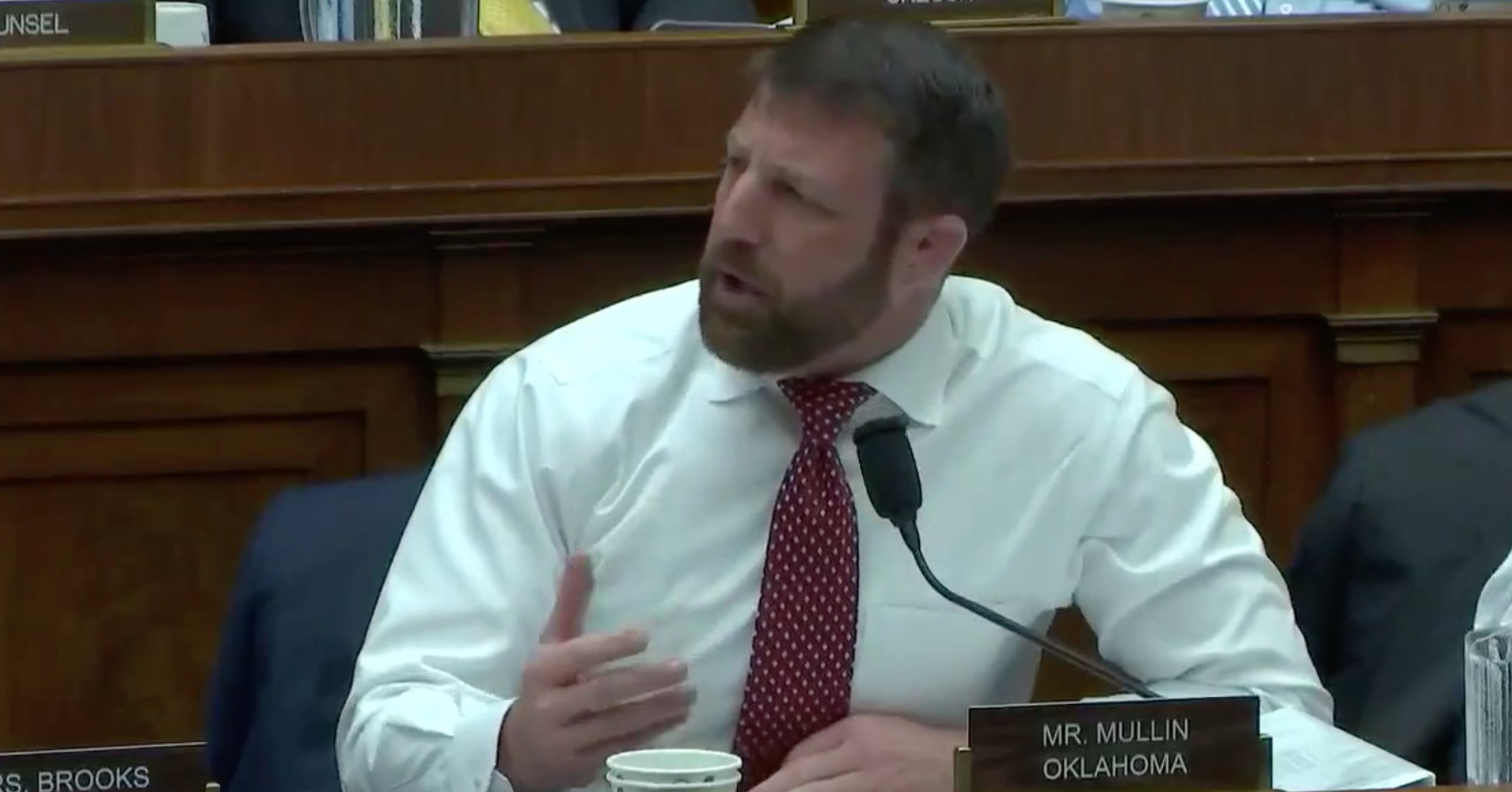 Rep. Markwayne Mullin (R-Okla.) shocked his congressional colleagues this week when he told a Democratic lawmaker to “shut up” during a debate over health care.

The spat unfolded during a Wednesday hearing of the House Energy and Commerce Subcommittee on Health, according to Tulsa news station KTUL. Mullin, who owns a plumbing business, was venting his frustration with the Affordable Care Act.

“My employees that I have currently ― because I’m still an employer ― their biggest complaint that they have about ACA is that their coverage sucks,” he said. “It doesn’t cover anything. Their premiums are off the chart because it does nothing. You want to talk about ACA prices? Let’s do something about it.”

Mullin then called out Rep. Ben Ray Luján (D-N.M.), another member of the subcommittee. He asked, “What have you proposed that’s actual serious about a bipartisan approach?”

Luján jumped in to respond, requesting that his colleague yield the floor.

“No,” he said. “If I did, I would have already told you. You already had your time to talk.”

Luján again pushed for some speaking time, noting that he had been singled out, and got a sharp reply.

“I said I wasn’t going to yield to you,” Mullin shot back. “You can shut up now.”

[Democrat @repbenraylujan tries to cut in]

Mullin: “I said I wasn’t going to yield, you can shut up now.”

Luján later tweeted footage of the exchange, vowing to “NEVER ‘shut up’ about access to health care or a woman’s right to choose.”

I will NEVER “shut up” about access to health care or a woman’s right to choose. pic.twitter.com/W55yGqwZ1A

Once the situation calmed down, Rep. Ann McLane Kuster (D-N.H.) spoke out against Mullin’s choice of words, taking offense at his use of the term “sucks,” The Tulsa World reported.

Additional video of the incident posted online by Politico’s Dan Diamond shows that Mullin stood defiantly by his comments, refusing to apologize “because [Luján] was trying to talk over me.”