Free agency buzz and other NBA podcasts of the day 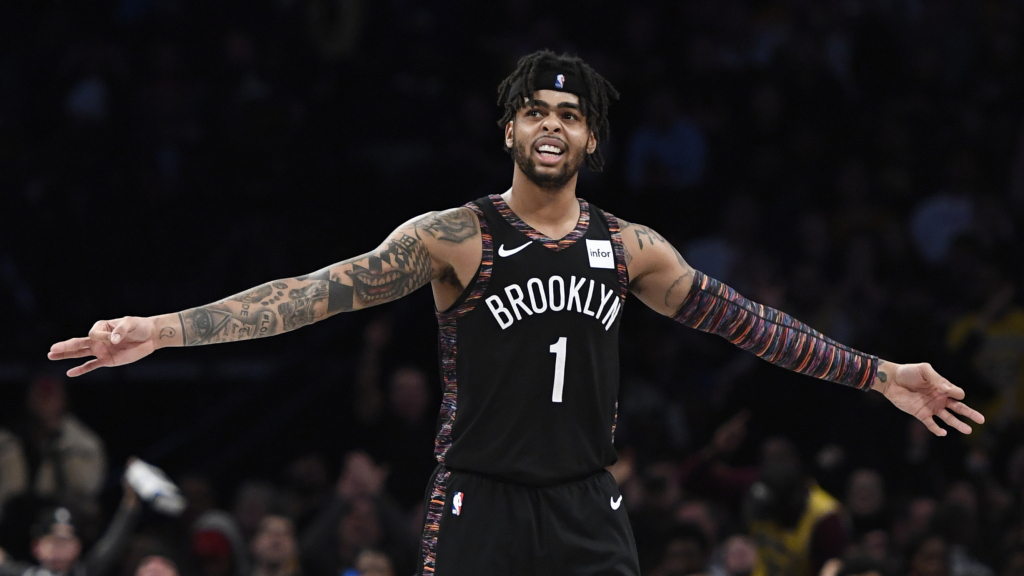 Free agency buzz and other NBA podcasts of the day

All the top NBA podcasts compiled here on a daily basis so you don’t have to look for them. Enjoy!

Listen to Locked On Blazers – Daily Podcast On The Portland Trail Blazers episodes free, on demand. Damian Lillard and CJ McCollum have a chance to play for Team USA in the FIBA World Cup, which seems like a big commitment. David Vanterpool continues draw interest for coaching vacancies around the league. And the Blazers won a championship 48 years ago so Mike waxes poetic about why it’s okay to be nostalgic. Tell your friends about this podcast.Learn more about your ad choices …

Chris sit down with DMV native Frank Howard of Syracuse after he worked out with the Wizards. Topics include his time playing for the Orange, the incident involving Zion Williamson, playing in the WCAC, and more.

A well-rounded Game 3 performance by the Toronto Raptors wins them back home-court advantage from the shorthanded Golden State Warriors despite a transcendent performance from Stephen Curry.
Host: John Gonzalez
Guest: Dan Devine

Listen to Dunc’d On Basketball NBA Podcast episodes free, on demand. We discuss the Raptors’ dominating offensive performance that propelled them to an easy win despite Steph Curry’s historic night, and discuss what the series may look like if Klay and KD can return for Game 4. Then a look at some recent news, including some rumors from Shams Charania on some teams’ priorities in free agency …

Listen to Locked On NBA episodes free, on demand. David Locke sits down with good friend Kevin Pelton to talk about the NBA Finals game 3 between the Toronto Raptors and the Golden State Warriors.  Plus, they talk about drafting positionless in the NBA and then dig into who moves the free agency meter and what his thoughts on D’Angelo Russell are. Learn more about your ad choices. Visit megaphone.fm/adchoices …

The Toronto Raptors did everything right in Game 3, as well as take advantage of a severely shorthanded Warriors team, and now have a commanding 2-1 lead and home court advantage. Jared Weiss of The Athletic joins Coach Nick to discuss the game and answer key questions from the audience during their live show immediately after the game.…

Spike is having second thoughts about running it back completely, so we discuss the possible problems with doing that. We also discuss the Sixers interviewing Avery Johnson to be an assistant coach, the team’s change atop their medical staff, and figure out which non-playoff starter they would trade a Sixers starter for if they had the chance. We also announced that the Final Lottery Party raised over $16,000 for the Providence Animal Center and Coded By Kids. Thank you!

Listen to The Starters episodes free, on demand. On Wed.’s episode of The Starters, the guys discuss what to watch for in Game 3 of the NBA Finals, talk to Leigh about his stellar media basketball tournament performance, and in Crossfire, debate whether Jimmy Butler deserves a max contract and the best landing spot for Kyrie this offseason. via Knit. The easiest way to listen to podcasts on your iPhone, iPad, Android, PC, smart speaker – and even in your car. For free …

On this week’s episode, hosts Andy Larsen and Eric Walden break down the top prospects that the Jazz have had in for pre-draft workouts so far. Do we like Admiral Schofield or KZ Okpala? Etc. Then, we talk briefly about the possibility of the Jazz signing DeAngelo Russell or Tobias Harris.

Vince Carter, Stephen Jackson and RJ Barrett join Rachel Nichols from Oakland to preview Game 3 of the NBA Finals, along with a sit down with Demarcus Cousins and more NBA topics.By ESPN, NBA, Rachel Nichols.

Listen to Jalen & Jacoby episodes free, on demand. Jalen Rose and David Jacoby talk Warriors without key players in Game 3, the Lakers hiring another assistant, how Draymond got skinny, plus more of your Twitter and VM’s!!! The easiest way to listen to podcasts on your iPhone, iPad, Android, PC, smart speaker – and even in your car. For free. Bonus and ad-free content available with Stitcher Premium.

14-year NBA veteran and Fox Sports 1 colleague Matt Barnes joins Ric for an in-depth discussion of the Warriors several injuries, the impact of GSW role players, and cannabis use in the NBA Thanks for listening! If you enjoy the show, please rate and review us on Apple Podcasts, and tell a friend. Follow the show on Twitter @BucherFriends Follo ……

Coach Nick visited with Eric Pincus and Josh Martin of the Hollywood Hoops podcast to discuss all things Lakers – why Magic had his epic meltdown, who actually runs the franchise, and can they make significant improvements for next year.

Jalen Rose and David Jacoby talk Warriors without key players in Game 3, the Lakers hiring another assistant, how Draymond got skinny, plus more of your Twitter and VM’s!!!By ESPN, Jalen Rose, David Jacoby.