Food scraps turned into renewable energy sources: How your leftovers can make a difference locally 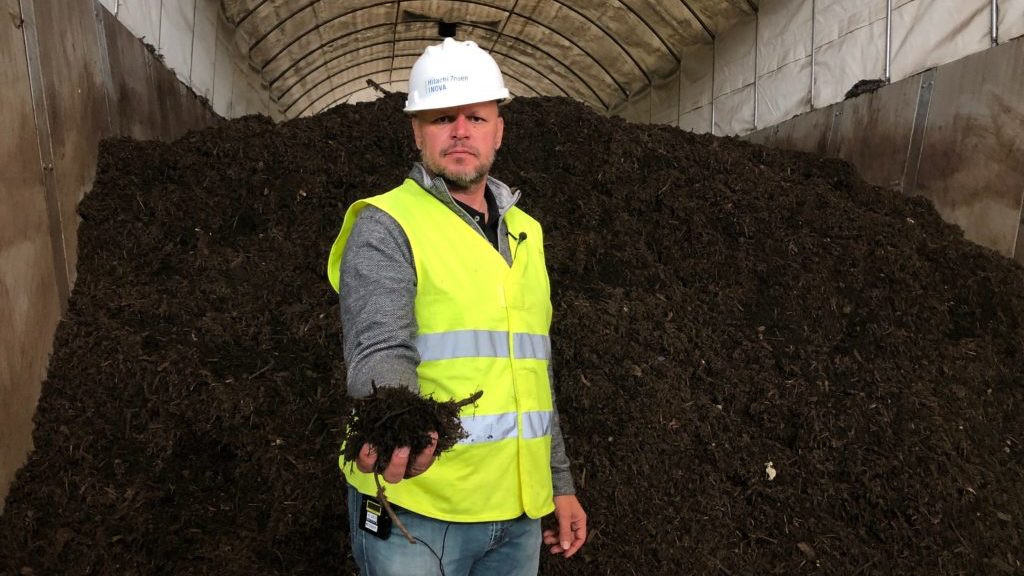 Food scraps turned into renewable energy sources: How your leftovers can make a difference locally

It’s because people throw out food every day that could be used for other purposes.

“It was eye-opening when we started using the green bins how much food waste the restaurant goes through on a daily basis,” said Michael Avila, Novo Restaurant Executive Chef.

Just because it doesn’t taste good, doesn’t mean it can’t be put to good use.

It’s part of a citywide initiative to go green.

“It’s nice that it’s not just going into the landfill with all the other garbage,” Avila said.

Instead, most green waste in San Luis Obispo County goes to the Kompgas Anaerobic Digestion Facility to be made into renewable energy sources.

“Right now, Californians produce about 20 million tons of organic waste that goes to the landfill and in that environment it produces methane and we want to capture that methane and turn it into something positive,” said Jordan Hopkins, San Luis Obispo City Water Resources Technician.

Methane is a greenhouse gas, but instead of escaping into the air at landfills, it is converted into something we all use.

“It’s captured fully and turned into energy for the PG&E grid,” Hopkins said.

Trucks dump green waste into piles which are first thrown into a shredder and then transferred to a machine that separates big pieces from small ones.

Next, it is moved to storage piles that are used to feed the digester later.

A crane automatically senses when the digester is “hungry” and “feeds” by dumping the material on a conveyor belt.

The digester plant processes about 100 tons of green waste a day.

The renewable biogas from the bacteria breakdown helps power about 600 homes every year.

From start to finish, the whole process takes about a month.

However, not all items like compostable utensils, plastic, glass or big rocks are welcomed.

Instead, the ideal recipe is mostly comprised of food scraps.

No human or animal excretion is used.

The final products are compost “tea” or liquid used to make fertilizer, compost “cake” which is sold off and renewable biogas which is converted into electricity.

The plant is carbon zero meaning it doesn’t use any fossil fuels to operate.

The facility is odor-controlled as well as earthquake proof.

You can also minimize odor from your food scraps by sprinkling baking soda or freezing it until it’s time for pick up.

People living in San Luis Obispo can pick up a free bin at the city utility office downtown.

Throw the scraps into a bigger green waste bin and put it out on the curb on your normal garbage day.