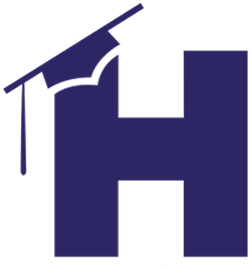 A federal lawsuit involving the Henry County Board of Education and three of its members has been settled under undisclosed terms.

Timothy Gadson was the sole finalist to succeed outgoing superintendent Rodney Bowler in 2017 after a vote by the school board to recommend him for the job. Less than one month later, the offer was rescinded as the board revealed that his salary and compensation demands were far above what Bowler or any other superintendent had received.

Gadson, who is black, filed a discrimination lawsuit in 2018, naming as defendants the district as well as board members Holly Cobb, John Hinton and Pam Nutt. They voted to rescind the job offer, with Donna McBride and Annette Edwards against that action. The vote was split along racial lines.

McBride lost her re-election bid that year. The other four sit on the board today. Nutt was chair at the time, and Hinton now fills that role.

The case was heard in federal court by Judge Michael L. Brown. A search of court records listed the nature of the suit as “civil rights – employment” and the cause as “job discrimination (race).”

The school district and, initially, the three board members were represented by the Atlanta firm of Drew Eckl & Farnham. Gadson was represented by Moeller Barbaree LLP, also of Atlanta. None of the attorneys listed in connection with the case responded to a request from the Times for comment.

News of the settlement surfaced more than two weeks ago on social media, with figures of $10 million to $25 million thrown around as the possible settlement amount. More recently, various published reports have indicated that the actual amount negotiated between the district’s insurance carrier and Gadson’s representatives was $800,000. Gadson’s legal fees would be included in that amount.

A few days after the social media chatter started, the school district issued a press release, saying that officials had just received word about the resolution of the lawsuit, which the district turned over to its insurance carrier two years ago when it was filed.

“The civil action by Dr. Timothy Gadson against the Henry County School District regarding his candidacy for the position of the school superintendent has been settled by the district’s insurance carrier’s agreement to fund a financial settlement of all claims,” according to the district’s official statement. “The individual board members named as defendants in the case (Joshua Hinton, Pam Nutt, and Holly Cobb) were dismissed from the lawsuit and are not parties to the settlement. The Henry County Board of Education wishes Dr. Gadson the best as he moves forward in future endeavors.”

This is the only public statement on the subject by the district or any of the board members, none of whom have admitted any wrongdoing.

Gadson was recommended by a 4-1 vote of the school board in June of 2017 to be the sole finalist for the job. After a mandatory 14-day waiting period the board would be able to vote to confirm him.

Hinton, who cast the lone dissenting vote, told the Times the following week that he felt the process was rushed. “If they’d gone home and done their research instead of making the decision in the first meeting, I don’t think they would have picked him,” said Hinton.

Gadson had worked for five school districts in five years over the previous decade before applying in Henry County. As he was being considered here, he was at the same time a finalist for the superintendent’s job in Chattanooga and had been named a finalist for the same position in Birmingham before withdrawing his name from consideration.

News reports at that time from Chattanooga and Birmingham reflected concern about his tenure in Atlanta on the heels of the cheating scandal that made national news a few years ago. Gadson came on board after that took place and had been credited by some with helping turn things around in that district. But Hinton said there were plenty of great candidates with nothing like the APS situation anywhere near them.

Gadson appeared in person at a series of town hall meetings across the county, speaking to citizens and addressing their concerns. The board was scheduled to confirm him by a July 11 vote, but in a special called meeting one day earlier the offer was rescinded due to contract demands by Gadson that were far above what was offered and what any superintendent had received previously.

Documents released by the district showed that Gadson asked for just over $300,000 per year in total compensation, and his overall package was $550,000 more than the board had offered.

Gadson now works as an associate superintendent for a Minnesota school district, according to its website.