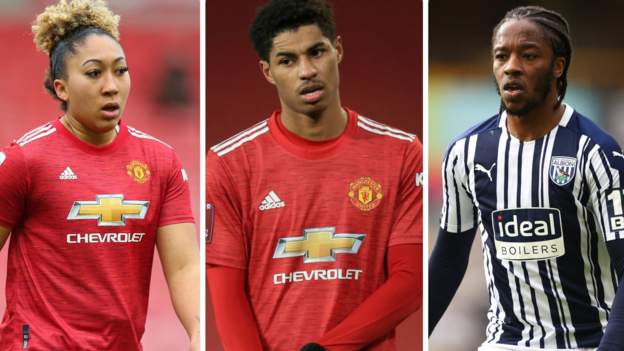 Facebook says it is “horrified” to see the continued online abuse of footballers and has announced tougher measures to tackle the issue.

The social media platform is tightening the rules governing direct messaging on Instagram, a platform it also owns.

It will disable the accounts of those found to have repeatedly sent abusive private messages on Instagram.

UK head of content policy Fadzai Madzingira said it was “saddening” to see continued abuse on the platforms.

Madzingira told BBC Sport: “I’m horrified at the type of abuse that people, especially these footballers, have to deal with on the basis of who they are, whether it’s their race or their religion or their gender, and as a company, we’re disappointed to see that sort of behaviour that plays out offline also playing out on our platform.

“It’s why we’re making the announcements today about taking tougher measures to go after accounts that are violating our community standards and our goals within Instagram direct messages.”

The Football Association has called for action from the government, which has since stated social media companies could face “large fines” potentially amounting to “billions of pounds” if they fail to tackle abuse on their platforms.

Asked by BBC sports editor Dan Roan whether Facebook was enabling such abuse, Madzingira said: “No, to imply that it’s about enabling I think would be inaccurate.

“I think that platforms like ours allow communities of people to connect on the things that they love. If we need to have a conversation about hate, it really needs to be not what is just happening on the platform.”

Footballers past and present have called for users of social media platforms to be required to provide verification documents when creating accounts so that they can be traced more effectively if they breach rules.

Facebook says this measure would prove challenging in communities where such documents would not be readily available.

“If we were to insist on using government ID or passport details we would be barring access to the very people who use our platforms to build communities, so we are very conscious we allow for that access,” added Madzingira.

The company claims it “took action” on 6.5 million pieces of hate speech on Instagram between July and September last year, including within direct messages which are harder to police because of privacy rules.

“To date, if someone violated the rules in Instagram direct messages, we would set a set a specific ban or a block for a certain amount of time and extend that period, should they continue to violate,” Madzingira explained.

“Today we’re announcing that we will now be removing those accounts, should they continue to violate within Instagram direct messaging.”

Facebook said it would not spell out how many offences would trigger removal as offenders could use the information to “game the system”.

‘We are a small part in fixing this’

Facebook said it was “doing everything we can to fight hate and racism on our platform” but added the “problems are bigger than us”.

Some users have sought a ban on specific emojis commonly used in racist messages but Madzingira argued against banning symbols that could be used innocently in other contexts.

She also said filters could be used to prevent others from leaving offensive comments on posts, and that work was also being done to prevent banned users from opening new accounts.

Asked whether Facebook has prioritised profits over clamping down on abuse, Madzingira said: “I think that would be an inaccurate assessment.

“Because if people didn’t feel safe on the platform they wouldn’t be able to be there.”We accept that being able to deal with this issue is everyone’s responsibility and we want to play our part. The frustration that these players have is right – it is horrifying the abuse they are receiving.”