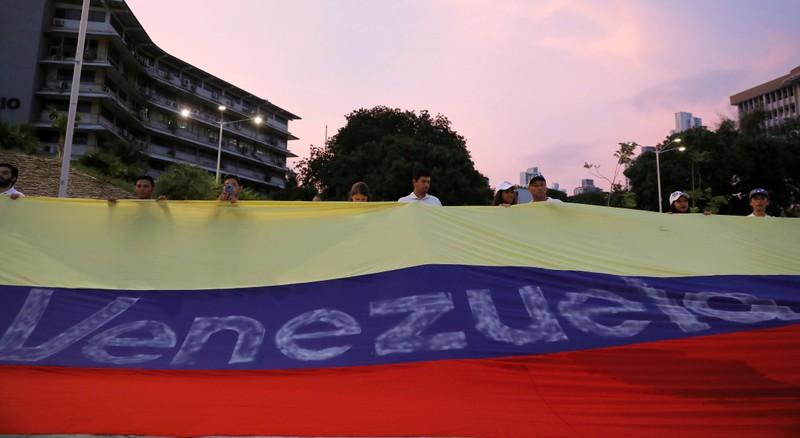 The FAA notice said any air operators currently in Venezuela, which would include private jets, should depart within 48 hours.

Venezuelan opposition leader Juan Guaido on Tuesday made his strongest call yet to the military to help him oust President Nicolas Maduro but there were no concrete signs of defection from the armed forces leadership.

American Airlines Group Inc in March said it was indefinitely suspending its flights to Venezuela, as the country continued to struggle with political turmoil and unrest.

OPSGROUP, which provides safety guidance to air operators, said options for those choosing to avoid Venezuelan airspace would include routes west via Colombia, or east via Guyana.

“The (FAA) order comes on a day of an information battle waged between Maduro and Guaido, and although the coup status is uncertain, one thing is clear: taking your aircraft to Venezuela is not a good idea,” OPSGROUP said on its website.

Flight tracking service FlightRadar24 on Tuesday evening showed some flights between South America and Europe were crossing Venezuelan airspace, but at altitudes above 26,000 feet.

Venezuelans were expected to again take to the streets on Wednesday for what Guaido pledged would be the “largest march” in the country’s history.

Reporting by David Shepardson in Washington; additional reporting and writing by Jamie Freed in Singapore; Editing by Michael Perry