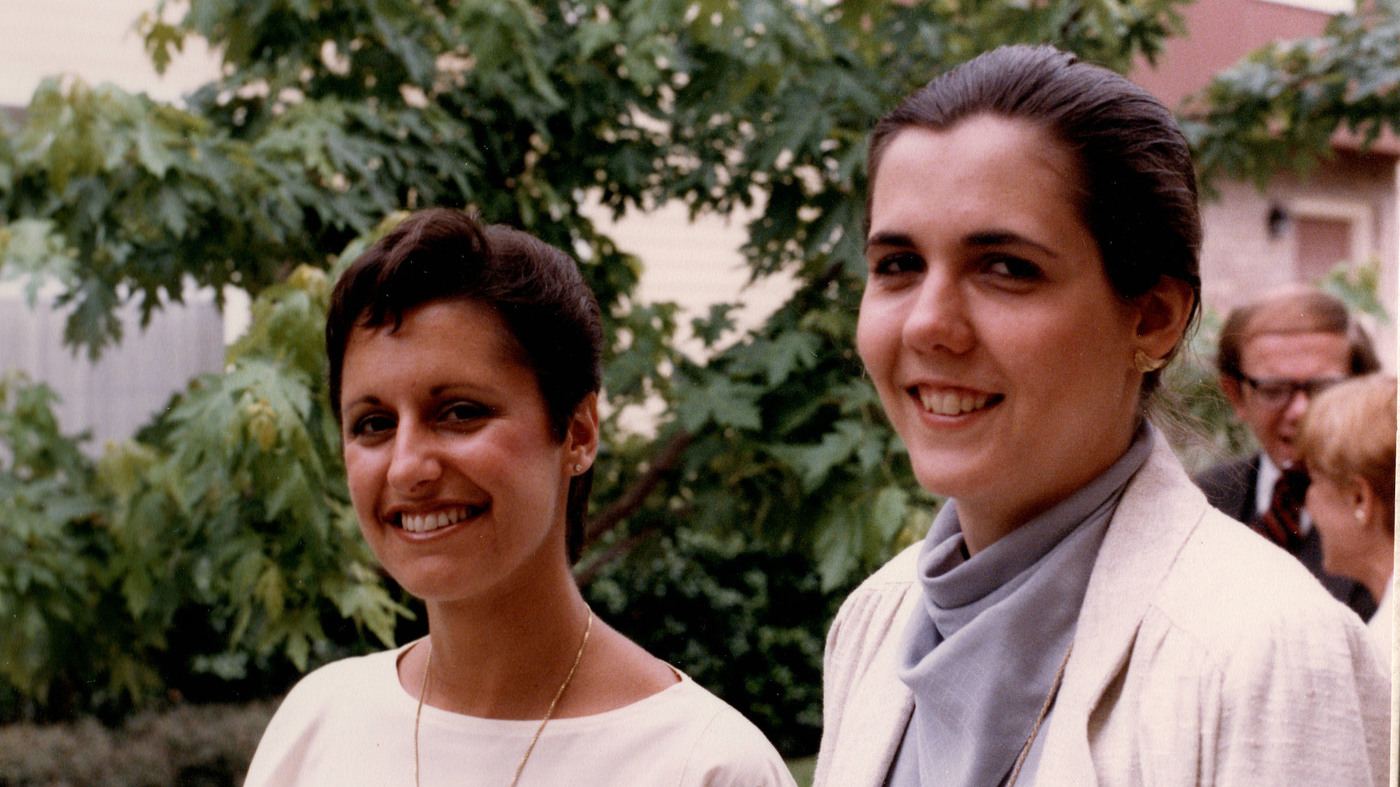 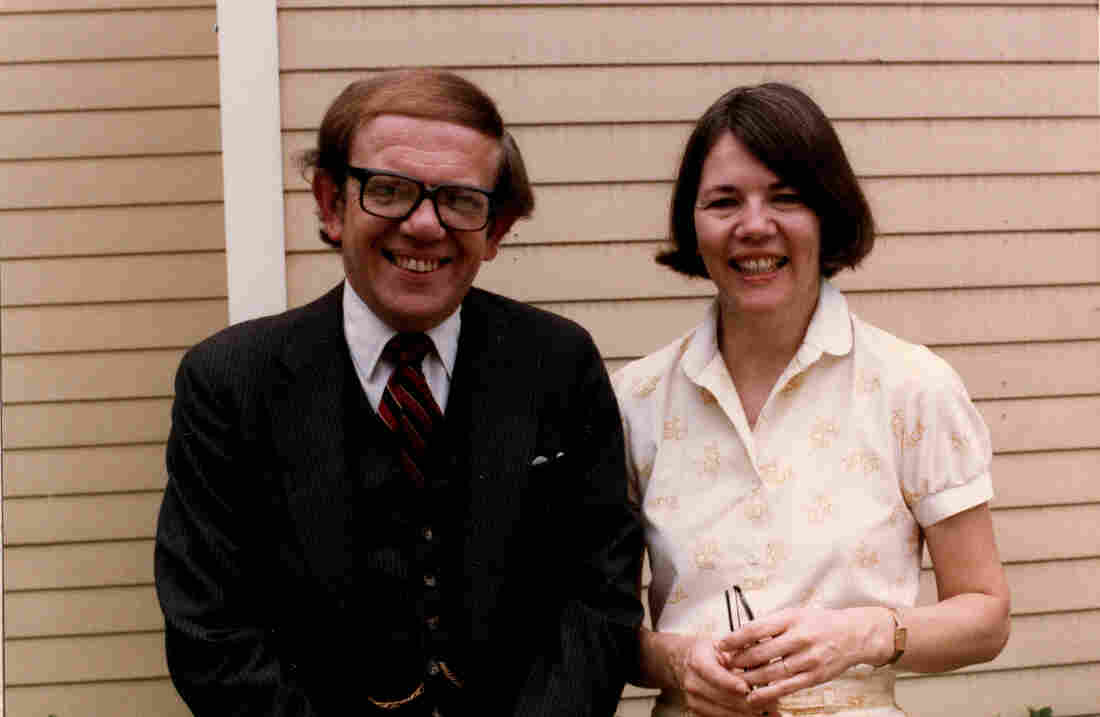 “We didn’t talk in terms of partisan politics, we talked a lot about policy,” said Jay Westbrook, Elizabeth Warren’s longtime academic collaborator and co-author from the University of Texas law school. “I think it’d be fair to say she got pulled … into these battles.” 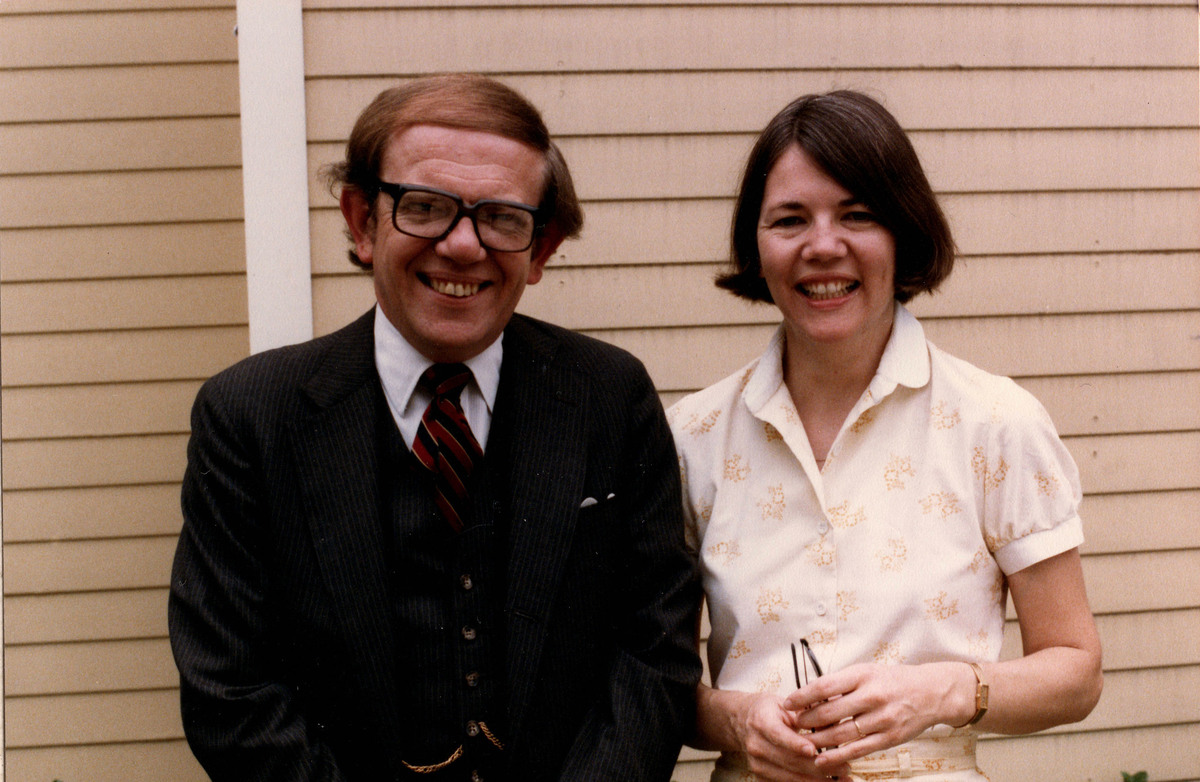 “We didn’t talk in terms of partisan politics, we talked a lot about policy,” said Jay Westbrook, Elizabeth Warren’s longtime academic collaborator and co-author from the University of Texas law school. “I think it’d be fair to say she got pulled … into these battles.”

When Elizabeth Warren arrived in Austin to teach law school at the University of Texas in the 1980s, colleagues say she was nothing close to the unapologetic progressive firebrand voters see today.

“She was quite consistently pro-business,” said Calvin Johnson, who taught law school with Warren at the University of Texas. “And I’m sure she would not like to be called ‘anti-consumer,'” he added. But, in his view, the future Massachusetts senator was “absolutely anti-consumer” on some positions at the time.

Johnson, who commuted to work with Warren and her husband Bruce Mann for about six months in 1981, recalls one particularly wonky issue they would debate on their car rides: public utility accounting.

“I was very strongly of the opinion that (the accounting methods were) giving excessive profits to the public utilities and, in fact, truly abusing the rate payers,” said Johnson, who has long considered himself a liberal Democrat. “She came out very strongly in favor of business industry (and) the utilities.”

Through interviews with former colleagues and students, it’s clear Warren arrived in Austin a moderate economic conservative, perhaps not an overtly political one, but a conservative nonetheless. She left far more ideologically confused. Perhaps more than any other time period in her life, the years Warren spent in Texas planted the seeds of her political identity. The message she espouses on the presidential campaign trail now about a shrinking middle class comes directly from the research she conducted on bankruptcy that began roughly 40 years ago in Texas.

For years, Warren was a Republican; she registered to vote as a Democrat in Massachusetts in 1996, according to the Massachusetts elections commission. She told Politico in an interview earlier this year that she assumes 1996 was the first time she registered as a Democrat; but she doesn’t recall voting for a GOP presidential nominee, with the exception of Gerald Ford in 1976.

Warren’s evolution was ideological before it was political.

Some of her former colleagues in Austin recall Warren as a “moderate,” but a moderate conservative — not driven by social issues, but by economic concerns. They found her smart and full of unlimited amounts of energy, but they also found some of her ideas peculiar. 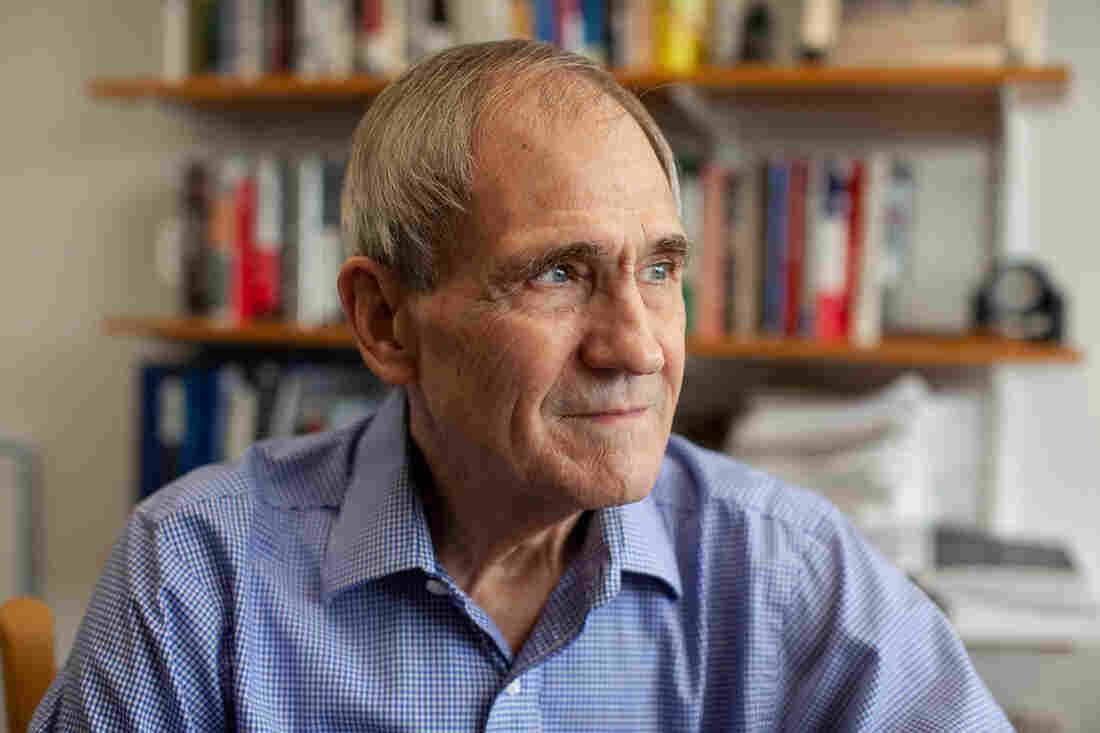 Tom McGarity recalls that his former law school colleague Elizabeth Warren was a believer of the libertarian-leaning Law and Economics movement in the 1980s. 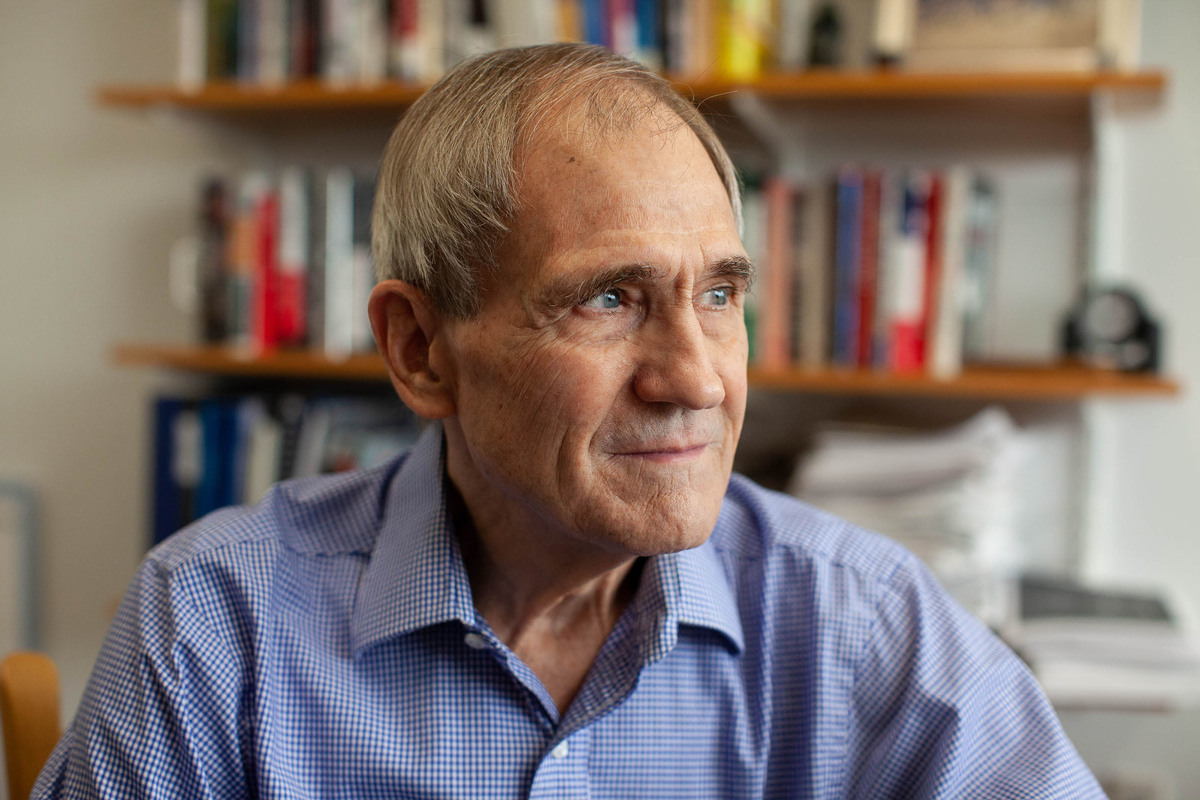 Tom McGarity recalls that his former law school colleague Elizabeth Warren was a believer of the libertarian-leaning Law and Economics movement in the 1980s.

“I found Elizabeth to be, in some ways, off-putting,” said Tom McGarity, a fellow University of Texas law professor, who describes himself as a longtime progressive. “She was really into this Law and Economics movement where we assume that everybody is a rationale economic actor, markets are the best way to go, and we should keep government out of business,” he added.

Law and Economics was a movement popularized by the legal academic Henry Manne that swept through universities in the 1980s thanks to financial backing from conservatives. Supporters say the movement was a benign attempt to incorporate economics into the study of law. Critics say it was trying to proselytize professors.

Either way, according to former colleagues, Warren was a believer.

“On the lookout for cheaters and deadbeats”

The early 1980s was also the time period when Warren became increasingly interested in bankruptcy.

In 1978, Congress had passed a new bankruptcy code.

“There was an enormous amount of contention over the new code,” said Jay Westbrook, Warren’s longtime research collaborator and co-author from the University of Texas.

Creditors suggested that people were intentionally avoiding their debts. “There was a lot of conjecture,” said Catherine Nicholson, one of Warren’s former research assistants. “There was really no hard data on why people filed for bankruptcy.”

“I might not have said so at the time, but I think I was on the lookout for cheaters and deadbeats as a way to explain who was filing for bankruptcy,” she wrote in her memoir: A Fighting Chance. 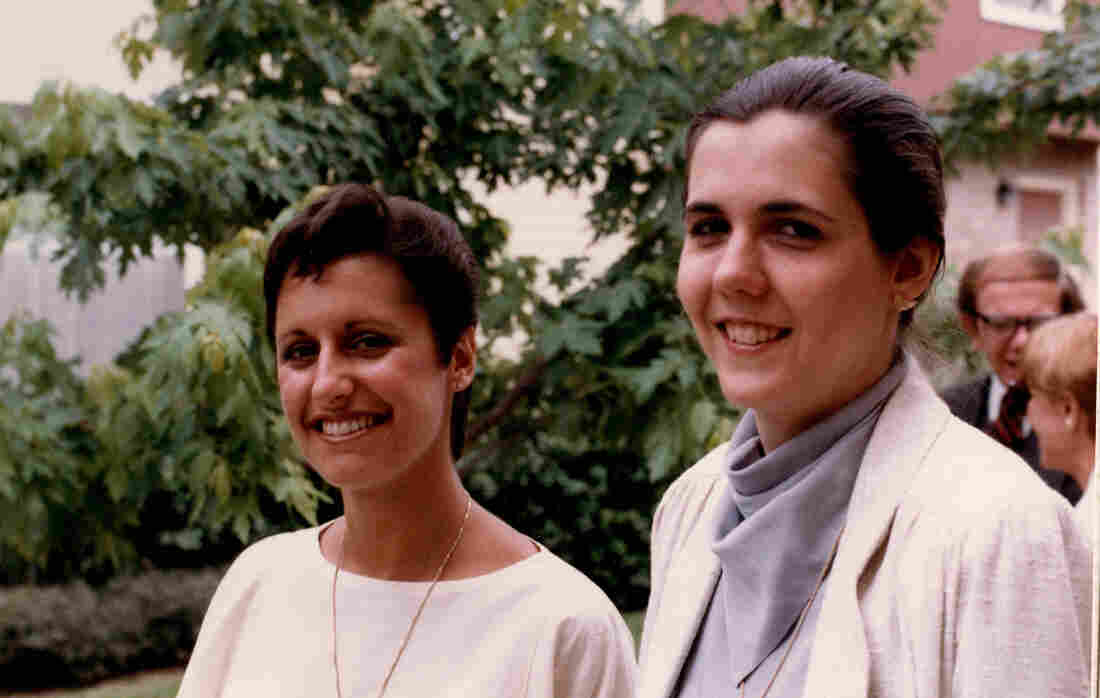 Kimberly Winick (left) and Catherine Nicholson (right), both law school graduates from the University of Texas, were research assistants on the multi-state bankruptcy project Warren conducted to find out who was filing for bankruptcy and why. 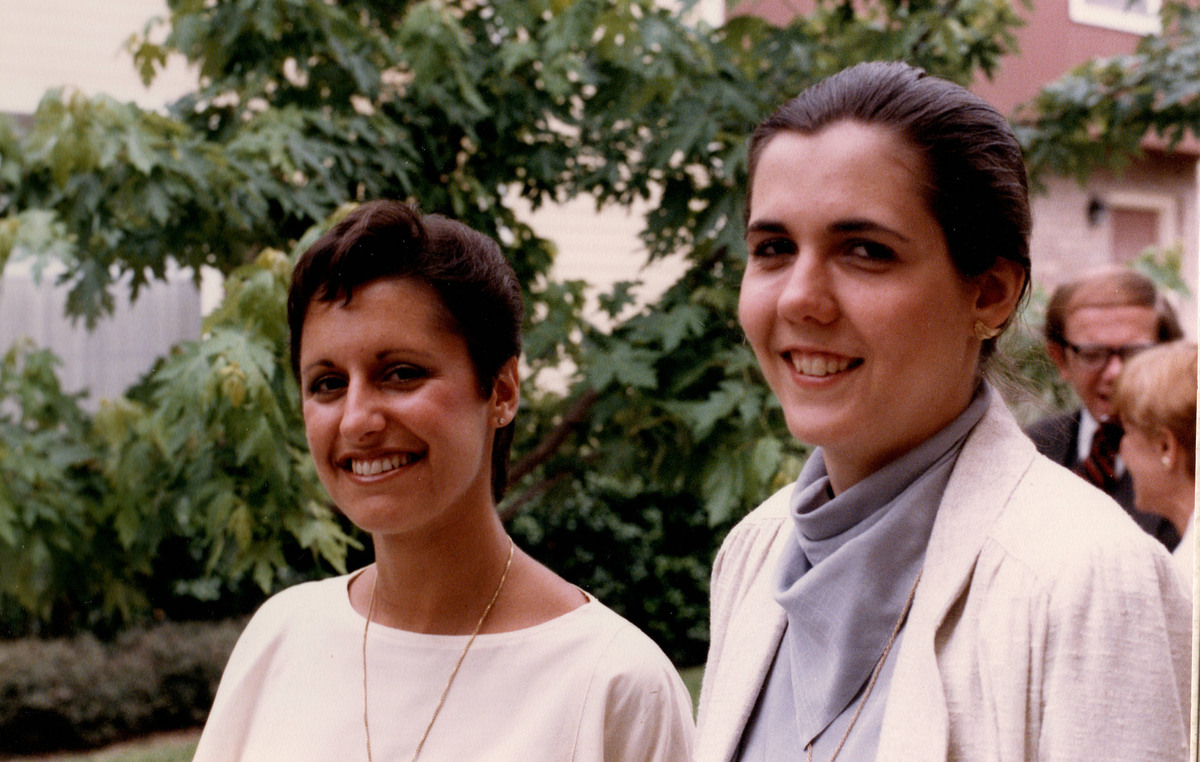 Kimberly Winick (left) and Catherine Nicholson (right), both law school graduates from the University of Texas, were research assistants on the multi-state bankruptcy project Warren conducted to find out who was filing for bankruptcy and why.

Her attitude sounded Reagan-esque, but there was also a curiosity driving her.

“I wanted to believe that everyone who filed had done something terrible or stupid or had lazed about and never tried to make anything of themselves. I wanted to know that the work-hard-and-play-by-the-rules people might not get rich, but they didn’t need to be afraid,” she wrote.

In essence, she wanted to believe that the people filing for bankruptcy were different from her or her family.

So, Warren, along with Westbrook, and a third colleague Teresa Sullivan (who went on to become the president of the University of Virginia) conducted a massive multi-state study called the “Consumer Bankruptcy Project” to figure out who was filing bankruptcy and why.

They traveled across Texas and visited Pennsylvania and Illinois to sift through bankruptcy files.

“This is back when it was all paper,” said Kimberly Winick, one of Warren’s former research assistants. “And we’d show up with a portable copying machine; it rolled like a rollerboard suitcase. And you get it there with reams of paper and start copying.”

The team was looking for answers to specific questions in these files, such as: Was the debtor employed? What kinds of debt did they have? Had they run up massive credit card debt? Did they have medical bills? Had there been a recent divorce in the family?

“This was an empirical study” said Winick. “I mean that is how she works — ask a question that’s a clean question and then get an answer.”

In addition to working for Warren, Winick took three different classes with her.

One trait she says she admires about her old professor was that Warren was “always asking why” and followed the evidence regardless of where it went. When the facts in their bankruptcy research became irrefutable, Winick says Warren was willing to reexamine her previously-held opinions.

Still, Winick had a hunch her old teacher thought people filing bankruptcy were gaming the system.

Their research ended up illustrating a different picture.

“The typical story [was] somebody who pushed a little too far or had bad luck,” said Winick. 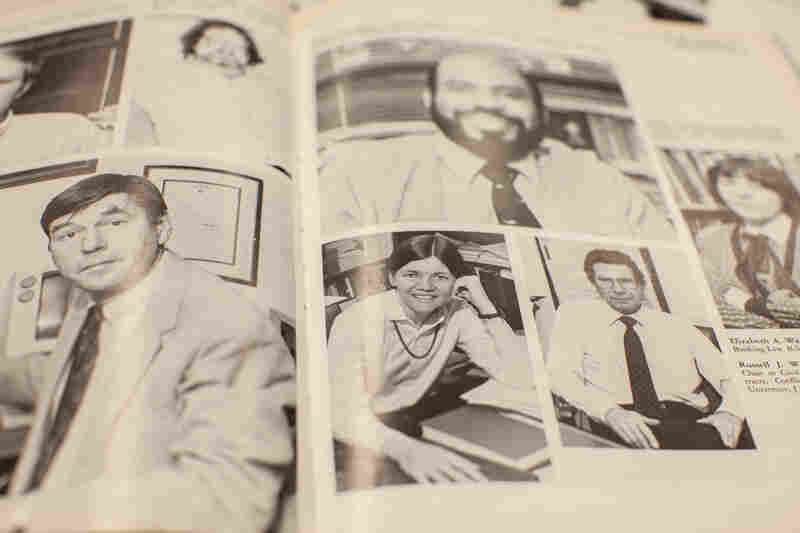 Elizabeth Warren, seen here in an old edition of the University of Texas Law School yearbook, began bankruptcy research while in Texas that has influenced much of her academic and professional career. 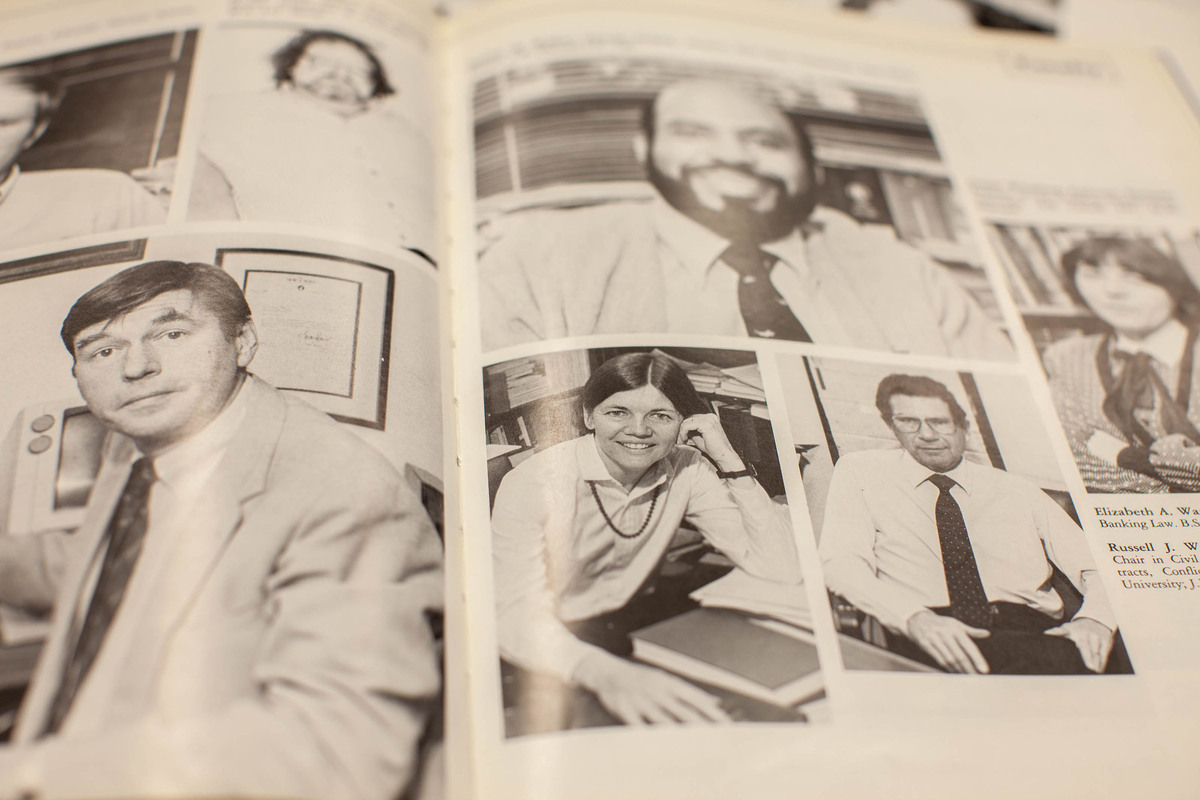 Elizabeth Warren, seen here in an old edition of the University of Texas Law School yearbook, began bankruptcy research while in Texas that has influenced much of her academic and professional career.

“She saw more of the very difficult side of life of the people who go through the bankruptcy process,” said Westbrook. “She saw their struggles. And she saw a variety of ways in which the credit industry manipulates things in order to get them ever deeper into debt.”

“These people were really in enormous amount of debt,” he said. “They had literally enough unsecured debt that it would take them years if they never bought another meal or paid a telephone bill to dig out from under.”

The end result of their research was unprecedented — an independent, data-driven analysis on bankruptcy that resulted in a book called As We Forgive Our Debtors.

It drove much of the academic and professional work Warren has done since, though as the Washington Post pointed out, Warren and her co-authors faced skepticism and criticism from a rival about over-exaggerating the claims.

Still, Warren became known as an expert in the field and consulted corporate clients on bankruptcy. Recently her campaign released information showing that she made roughly $1.9 million dollars from 1985 – 2009 through her corporate legal work. Some of that was for large corporations like Dow Chemical, but she also helped consumers in a class action lawsuit against Sears over, what her campaign describes as, “aggressive debt collection practices.”

Then, in the mid 1990s Warren joined the National Bankruptcy Review Commission, in what was perhaps the most political move of her career to date.

“Liz is the kind of person that, when she sees somebody doing something that she thinks really is gonna screw things up, she’s not gonna be quiet about it,” said Westbrook.

And so, Warren started speaking up loudly in political circles about financial issues.

“It’s just that none of it was in the context of being partisan,” Westbrook said with a long pause. “Until it was,” he added.

Warren’s work on the bankruptcy commission made her more of a partisan — it became clear to her that Republicans in Congress were not her ally, nor were all of the Democrats.

Old colleagues insist that all these years of studying bankruptcy changed Warren. It’s why, they believe, she eventually registered as a Democrat in Massachusetts in 1996.

Warren’s bankruptcy research left a deep impression on her, but also on those who collaborated with her.

“I’ve known Elizabeth Warren forever. She cares about families and their struggles,” said Nicholson, who worked as a research assistant for Warren for three years.

“Come next year, it’ll be a hard choice for me in the ballot box,” she added.

It’ll be a hard choice because Nicholson, who describes herself as a conservative Catholic, a Paul Ryan sort of Republican, voted for Donald Trump in 2016.

“However, I believe in Elizabeth Warren too,” Nicholson said recently at her home near Omaha, Neb.

She still exchanges Christmas cards and emails with Warren.

In the time since Nicholson first met her, Warren has evolved — she went from being described as an economically conservative professor, to arguably one of the fiercest liberal consumer advocates in the country.

Some of Warren’s progressive critics say this evolution raises questions about her authenticity.

Some who’ve known her say this evolution is precisely what makes her authentic.