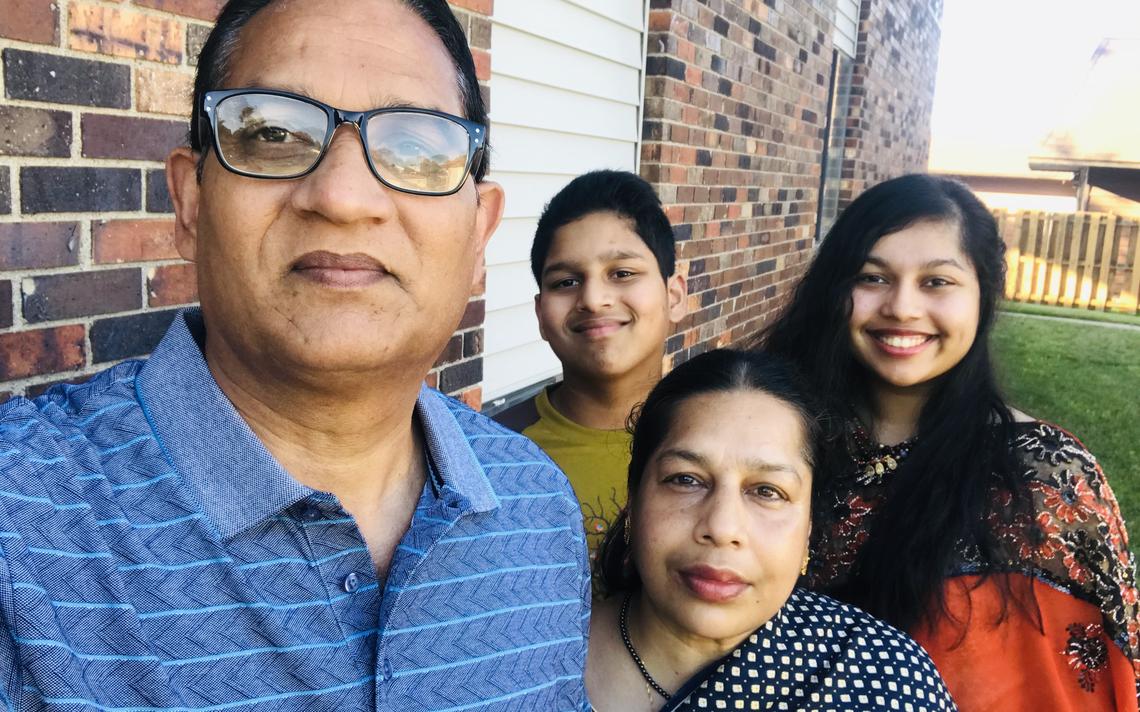 “There is education, but it’s not the best,” said Rubaida Khan, Rabiul’s daughter, as she translated for him.

A professor of history and culture in Bangladesh, Rabiul Khan was a respected member of his community. However, as an educated man himself, he knew the opportunities for education and jobs were limited in his home country. So, in 2011, he and his wife began the process of bringing their family to the United States by applying to immigrate.

“In America, we have more options to go to different fields,” he said through his daughter. “The education system is better here to find jobs. Over there, you get a simple education.”

Even public education costs money, and the further a student goes, the more it costs. Meanwhile, private schools are even more costly, but the opportunities from those still don’t match what his children could find in the U.S.

The family finally immigrated in 2013, settling in Winona and working toward citizenship. There, they found a helping hand in Project FINE, a nonprofit organization that works with immigrants to help them adjust to life in the United States and, if those immigrants want, eventually become U.S. citizens.

Fatima Said, executive director at Project FINE, said the organization has helped 75 people from around the globe since 2005 reach their dream of U.S. citizenship. Off the top of her head, she said the organization has in recent years helped several Hmong people from Laos or Thailand, as well as individuals or families from Japan, Bosnia, Cuba, Mexico, Peru, Bangladesh, Russia, Panama, Ecuador, China and Guatemala.

“This year, we have assisted five people in the process,” she said. “They have not received their citizenship yet, as COVID-19 has slowed the process considerably. We also have several more people who are planning to apply soon, but are a little hesitant because of how long it is taking.”

Everyone’s journey is different, Said said, and it takes a minimum of five years after receiving a permanent residency card — often referred to as a green card — to become a citizen. Some people apply as soon as they can, she said, but others have lived in the U.S. for 15 years or more before applying for citizenship.

In the case of Rabiul Khan and his wife, Sabera Sultana, the process took about six years, with the family becoming citizens together in 2019. Getting it done at that time was important because Rubaida was still 17 years old and would be automatically made a citizen due to her parents’ new status as citizens since she was a minor. The same applied to Rubaida’s brother, Barid Khan, who is in middle school.

Khan said whenever he or his family needed help navigating anything from how to obtain services or dealing with the process of citizenship, Project FINE was there to help smooth the road. He learned English, which was hard. He said he understands the language better than he speaks it, though both his children are fluent speakers at this point.

Passing his tests for citizenship, he said, were proud moments for him, and again, Project FINE was there, helping him understand what he needed to know and being there as he and his wife took their citizenship oaths.

Said said while everyone has different challenges, learning English is a common one, but so is studying for the history, civics and government test that is part of the citizenship process.

“Preparing for the test is by far the most challenging, especially for those of us who didn’t attend school in the U.S. and are now working to learn those things as adults,” said Said, who herself is a naturalized citizen, having come to the U.S. as a refugee from Bosnia and Herzegovina in 1993 and becoming a citizen in 1998.

Khan said opportunity for his children was a major factor, but so was freedom and just a better way of life.

For example, both father and daughter said they are looking forward to voting in the upcoming presidential election, even though Rabiul said he’d voted often back in Bangladesh, even working as an election official in his area.

“He feels voting is more important here because the votes are more secure here than Bangladesh,” Rubaida Khan said, translating. “The government was not perfect, and they’d cheat through some of the ballots. Here, he feels like it’s safer.”

The ballot box is just one place he sees improvement in the United States.

While there is technically freedom of speech in Bangladesh, speaking out against the government can have serious consequences. The electricity does not always work, roads are left in disrepair, and owning something as basic as a car is much more rare in Bangladesh. And if there is a public safety issue, the government is slow to react, which can lead to people dying.

“Here, it’s a place where it’s safe and there’s freedom,” he said. “Over in Bangladesh, there’s a lot of revolution. It’s just better here.”