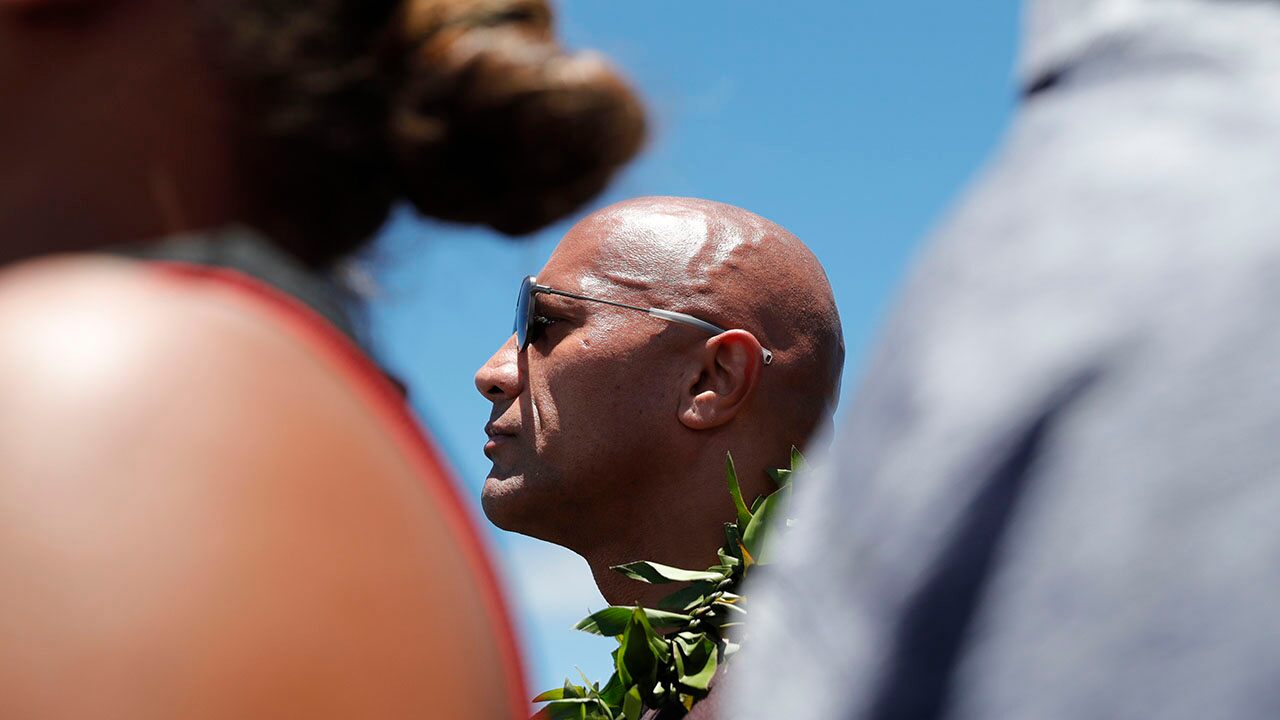 Dwayne “The Rock” Johnson joined native Hawaiians for a peaceful protest against a $1.4 billion telescope project at the top of volcano Mauna Kea Wednesday, according to reports.

Actor Dwayne “The Rock” Johnson stands during a prayer during a visit to the protests against the TMT telescope, Wednesday, July 24, 2019, at the base of Mauna Kea on Hawaii Island. (Jamm Aquino/Honolulu Star-Advertiser via AP)

“What I realized today … it’s bigger than the telescope,” Johnson told reporters during the protest, which is in its 10th day. “It’s humanity. It’s the culture. It’s our people, Polynesian people, who are willing to die here to protect this land,” The Huffington Post reported.

“This very sacred land that they believe in so powerfully,” he added.

Johnson was born in California but attended high school in Honolulu.

Construction on the Thirty Meter Telescope was scheduled to start on July 15 – the day the protests began. Demonstrators blocked the road and chained themselves to a gate at the construction site. On Wednesday, protesters chanted and danced the hula.

Astronomers say the 18-story tall telescope, which is funded by private companies and public universities would give an unrivaled view of the cosmos, but protesters say the project is planned on sacred land.

“When things escalate to that emotional apex, that is a sign that something has to be done. To full charge ahead isn’t the way to do it,” Johnson said.

There are 13 telescopes already on the mountain, which have suspended during the protests.

The Associated Press contributed to this report.