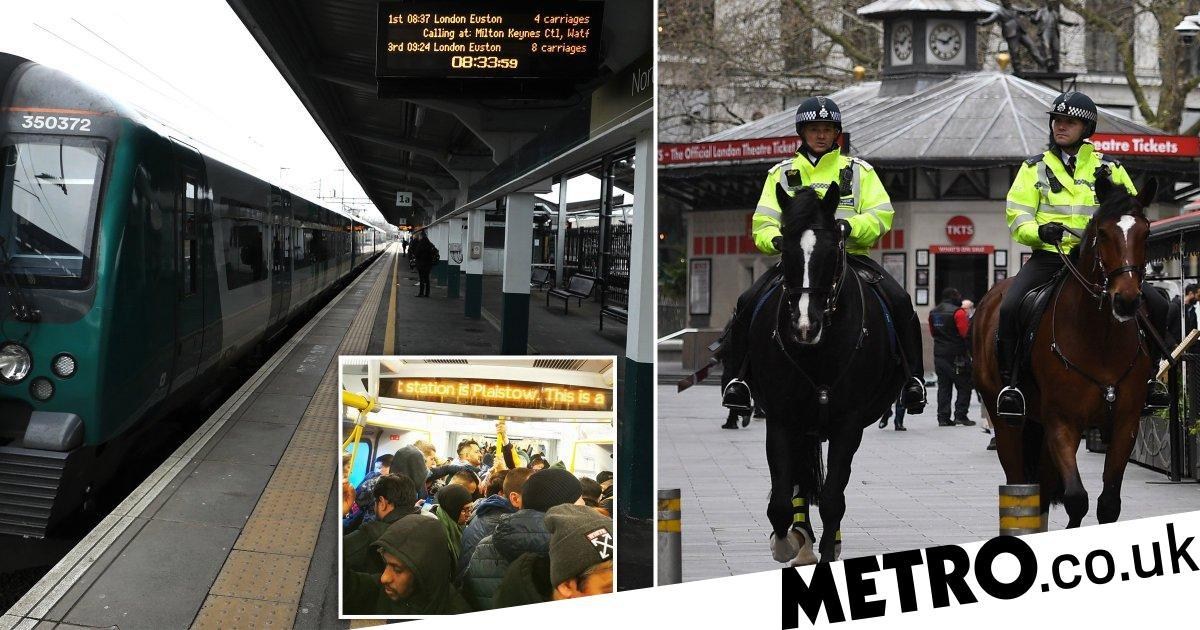 Downing Street has dismissed suggestions of a travel ban in and around the capital, as speculation circles about what a possible lockdown could mean for the city.

The Prime Minister’s official spokesman said: ‘There are no plans to close down the transport network in London and there is zero prospect of any restrictions being placed on travelling in and out of London.’

It follows widespread reports of a major lockdown, amid the escalating coronavirus crisis, which has seen London hit more dramatically than the rest of the country. But Downing Street now says there will not be a one-person limit on people leaving their homes, according to reports which suggest further restrictions on bars and pubs and the closure of non-food shops have not been ruled out.

Today, up to 40 tube stations are being closed, with TfL announcing sweeping new measures to limit all but essential travel in the capital. The government’s ‘shielding plan’ had been expected to see cars, trains, planes and buses halted if necessary – but now Downing Street has sought to ease fears that the measures would dramatically limit Londoners’ movements.

To view this video please enable JavaScript, and consider upgrading to a web
browser that
supports HTML5
video

Yet the Mayor of London has told the city to expect more transport closures.

There have also been reports that police are on standby to prevent any possible looting, while officers could be stationed at supermarkets amid panic buying. The public are expected to be given 12 hours notice if a lockdown is put in place.

For all the latest news and updates on Coronavirus, click here.

The chief medical officer for England, Professor Chris Whitty, has said that there are ‘significant health and social downsides’ to the social distancing measures.

Speaking at a briefing today, he said: ‘If you do them too early you get all the negatives but almost an immeasurable impact on the epidemic.’

Amid speculation that tighter restrictions could be imposed in London, the PM’s official spokesman added: ‘The Prime Minister and his advisers have set out the need for social distancing measures to limit the spread of the virus to protect lives.

‘What we are focused on is ensuring that as many people as possible take that advice and don’t unnecessarily put themselves in the position where they could be spreading coronavirus.’

Asked if pubs and some shops could be ordered to close, the spokesman said: ‘We do want people to follow the advice which we have given in relation to limiting unnecessary social contact.’

But Sir Patrick Vallance, the government’s chief scientific adviser said it was important that young people also followed the advice on social distancing.

Sir Patrick added that it was ‘not possible’ to put absolute timelines on the pandemic.

Get in touch with our news team by emailing us at [email protected].

For more stories like this, check our news page.