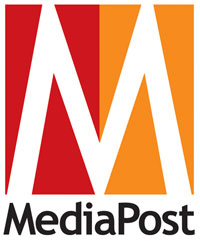 Published last month, the book is designed to help readers navigate the opportunities and challenges for this digital and technical
future world.

“My original concept guiding this book was my interactions with venture capitalists who all say that design is super important, yet no one knows what design
means,” he says.

Maeda explains design as a concept that should be classified into three categories. The best known is classical and tangible products, such as glasses and
architecture. The second falls under business transformation and the third is Maeda’s sweet spot: computational design. “Airbnb, Instagram and Facebook aren’t really designing
anything, yet their fingerprints run across our society,” he says. “They curate experiences that fundamentally change how we view and approach design. Advertisers, in particular, are
leaders in this revolution.”

Thanks to the Internet, everything has changed, yet our understanding of what and how computers are influencing design remains obscure. For example,
computational systems are now similar to the interconnected system of cells in the human brain, posits Maeda. As such, the more people consciously seek to collaborate with machines, the less dangerous
and scary they become. “What does it mean when a computer can paint pictures that rival or perhaps replicate classical artists?”

Although Maeda is addressing complex
technological topics, he does so in an incredibly simplistic and easy-to-understand manner. Each chapter features an assortment of real-life stories along with pictures.

Maeda says he
spent six years writing the book, including at one point completely starting over from scratch. His intended audience is not tech-savvy. In fact, Maeda notes while he typed, the wall above his desk
had two pictures. The first of George Clooney from his role in “Up in the Air’ and the second of Jessica Chastain from “Miss Sloane.” Both were meant to remind him of his
intended audience, ranging from Washington lobbyists and those moving up the corporate ladder to creatives seeking more insight into the design side of business.

Maeda’s background
makes him well-suited for the role of design translator. Earlier in his career, Maeda held positions with Automattic, the parent company of WordPress.com and venture capitalist firm Kleiner Perkins.
His tenure as president of the Rhode Island School of Design served as one of the more instructive periods of his life. He was able to help transform higher education along with learning from the next
generation of talent.

He started his current role at Publicis.Sapient in August. He’s been involved in the Groupe’s Marcel project and he is active in recruiting those
from non-traditional jobs to join the advertising industry.

While change may be inevitable Maeda has learned firsthand that it doesn’t happen overnight. Case in point: a few
years back he partnered with his friend and colleague Jack Dorsey of Twitter and Square to give all graduating students at RSDI the Square payment device. At the time, students and teachers expressed
confusion over what they felt was a useless present.

Maeda continued to provide Square to graduating classes for three subsequent years. Finally in the fourth year, he encountered a
pop-up exhibition on campus where all students benefited from Square’s ability to access credit cards. This lesson taught Maeda to always be open to experimentation, acknowledge people
aren’t necessarily going to embrace your suggestions on your preferred timeframe.

Technology is overwhelming and growing at a scale that can be terrifying, he says. Still, Maeda
recommends everyone become “data-ful,” meaning they use information as a guide to augment human ingenuity. “It used to be hard to find a needle in a haystack. Now it’s no sweat
to find the needle. This is why it is an exciting time to understand how our world is infinitely large yet detailed at the same time.”