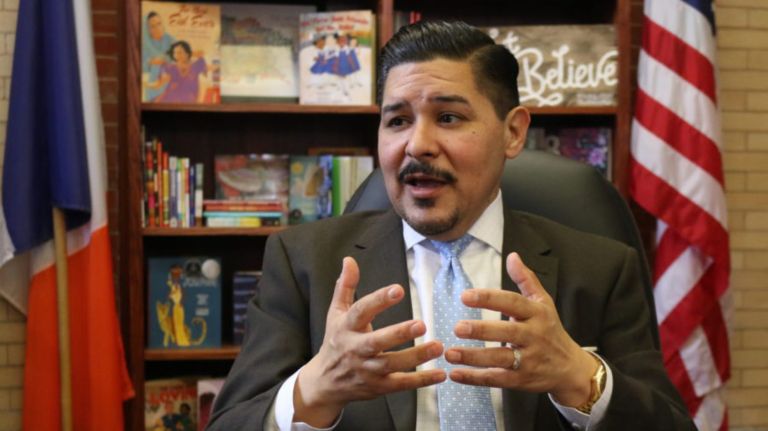 The new list comes a year after education advocates first called on the department to change its reading curriculum to more accurately reflect the diversity of city public schools. Last February, a report conducted by one advocacy group, the Coalition for Educational Justice, found that the department’s recommended reading lists were mostly filled with books written and focused on white people.

According to CEJ’s report, out of every 10 books that public school 3-K through 8th graders were exposed to, eight were written by white authors. The report also found over half of the main characters of all books on 15 commonly used recommended reading lists were white. Advocates took issue with the level of diversity given that only 15 percent of New York City public school students are white.

“I know firsthand that when our students see themselves reflected in the books that they read, they’re more engaged in learning,” said Chancellor Carranza in a statement.

The new list adds 254 books to the DOE’s recommended reading catalog and boosts the percentage of recommended reading books featuring a character of color to 68 percent, according to the DOE. About 50 of the new books were parent, teacher and student recommendations sent to the DOE via Facebook and Twitter surveys posted last September and private e-mails sent to select families. The parent and teacher input is a first for the DOE’s NYC Read 365 initiative.

About 25 percent of the 254 books listed were written by black authors, 18 percent were written by Asian authors and 11 by Latino writers. Main characters in the book have also increased from last year’s list with 11 percent being American Indian or Native Alaskan, 22 percent Asian, 20 percent Black and 21 percent Latino. About 11 percent of the books on the list have LGBTQ characters and themes and 16 percent have a character with a disability including mental illness.

Although advocates recognize that the step new list is a step in the right direction some call for further changes to be made to make reading lists truly diverse.