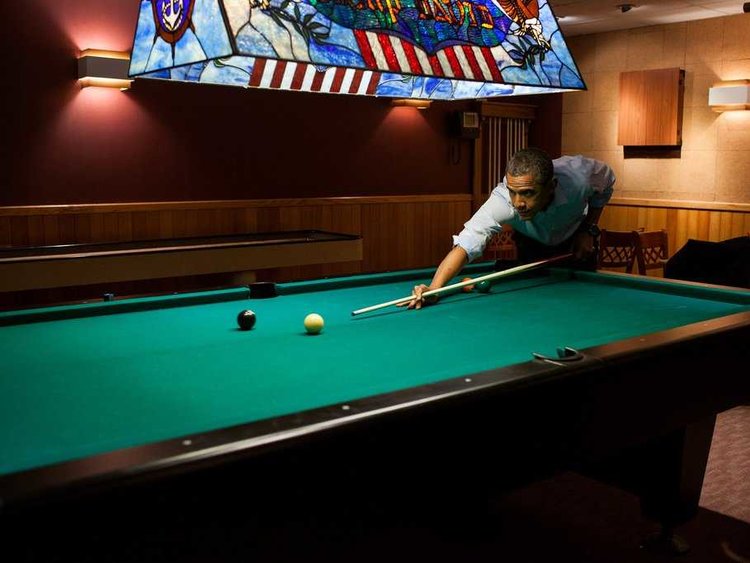 Theresa May was challenged to a game of pool by the Italian prime minister, Giuseppe Conte, during the EU-Arab League summit on Sunday in a moment that may have been a distraction, albeit a not especially welcome one, from Brexit.

Conte posted a video on his Facebook page of the prime minister being offered a cue and joking that she would be “hopeless”.

May appeared surprised at the proposal and told Conte “You’ll have to show me how”, which results in the Italian prime minister giving a demonstration.

In the footage, chief of staff Gavin Barwell shows the Conservative leader how to position her hand on the table while striking the cue ball, although the footage ends before she takes a shot.

Retweeting the video, the chief secretary to the Treasury, Liz Truss, joked: “Pleased to see nothing’s been taken off the table.”

May is hoping she will not end up behind the eight ball during the summit in Sharm el-Sheikh.

The prime minister, who announced that MPs may have to wait until 12 March for a meaningful vote on the government’s final Brexit deal, is also expected to meet Angela Merkel on Monday.

The pool video is not the first time that May has been caught on film at a pastime in which she is less than expert.

Her dancing caused laughter when she visited South Africa and Kenya in August but she was able to poke fun at herself later.

She entered the stage for her keynote speech at the Conservative party conference in Birmingham while swaying along to Abba’s Dancing Queen.