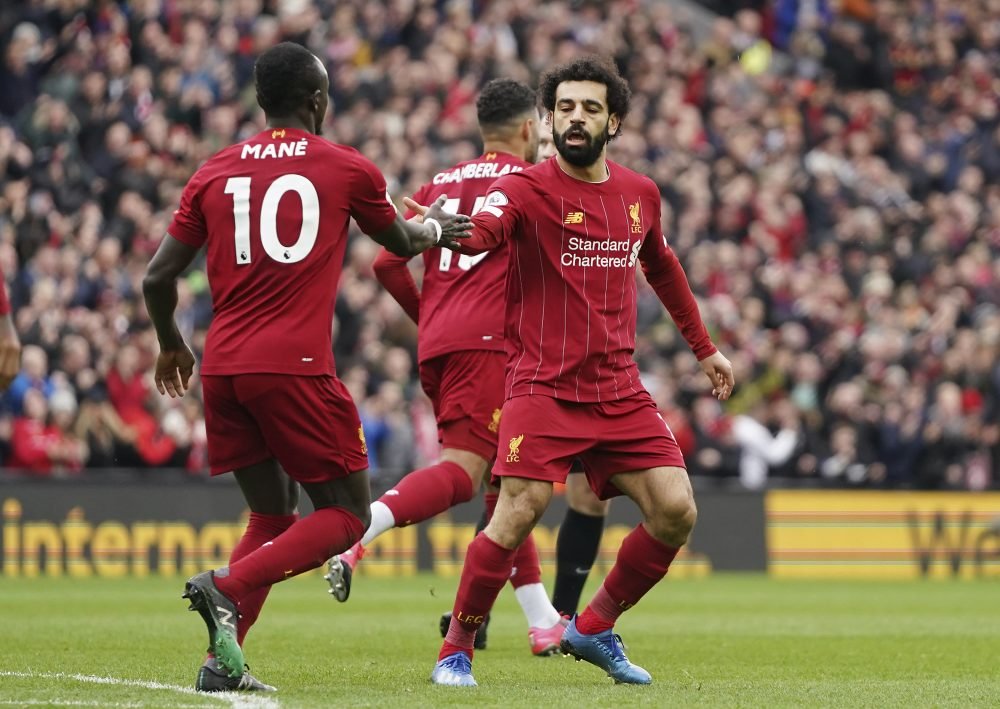 English Premier League players rejected a move Saturday by clubs to cut their wages by 30 percent during the coronavirus pandemic, escalating a bitter public row as their union claimed the government would lose out on more than 200 million pounds (around $245 million) in tax.

“This would be detrimental to our NHS (National Health Service) and other government-funded services,” the Professional Footballers’ Association said.

The strident stance from the union came after further talks Saturday involving clubs and the league, as Liverpool became the latest Premier League team to defy political anger by using a government bailout scheme.

But Liverpool, which leads the league by 25 points, followed fellow 2019 Champions League finalist Tottenham in announcing that some nonplaying staff would be furloughed because competition has been indefinitely suspended.

Under a job retention scheme implemented to help businesses survive the national lockdown, staff can be put on furlough and receive 80 percent of their salaries from the government, up to a maximum of 2,500 pounds ($3,000) a month.

Liverpool, which is led by Boston Red Sox owner John Henry, said it would top up salaries to ensure staff still received the full amount, but that still means using public cash to pay some staff. Liverpool made a pre-tax profit of 42 million pounds on a turnover of 533 million pounds last year.

“There is ongoing active engagement about the topic of salary deductions during the period matches are not being played to schedule,” the team said before talks between the league and players collapsed. “These discussions are complex and as a result the process is ongoing.”

A meeting of Premier League clubs on Friday ended with agreement on the need to ask players to see 30% of salaries cut or deferred.

“The players are mindful that … the combined tax on their salaries is a significant contribution to funding essential public services – which are especially critical at this time,” the PFA said in a statement. “Taking a 30% salary deduction will cost the Exchequer (treasury) substantial sums.”

The PFA said players would still like “precise details of our commitment” settled, recognizing a need to help their clubs, nonplaying staff, lower-league sides and the health service.

HOUSTON ASTROS ace Justin Verlander says he will donate his weekly paycheck during the coronavirus shutdown to organizations that are helping with relief efforts.

Verlander and wife Kate Upton made the announcement in an Instagram post. The couple said it would pick an organization each week and highlight its work.