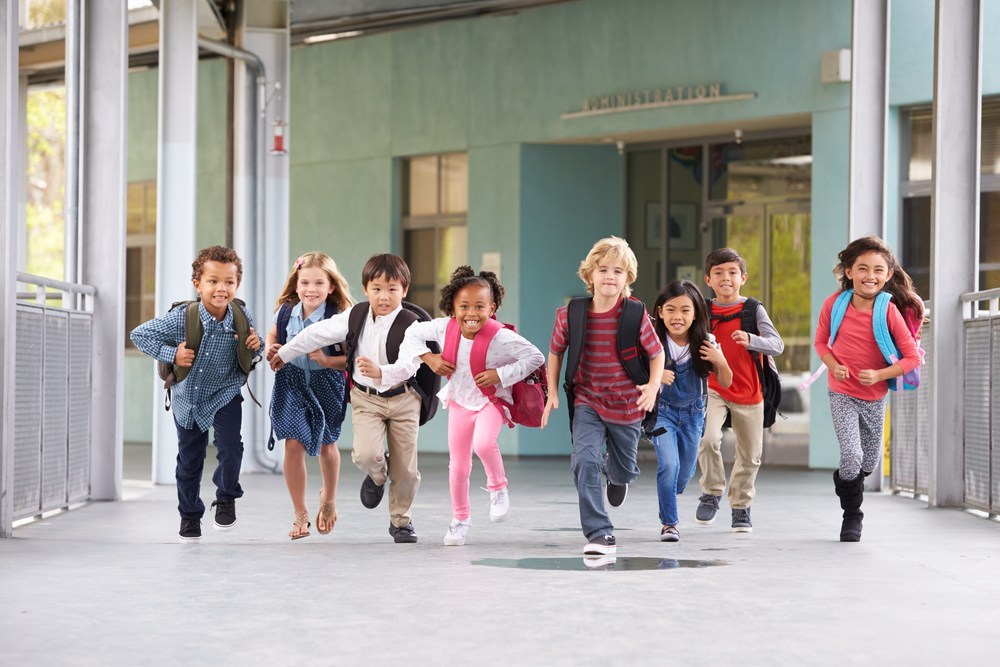 Despite a 2015 law that required computer programming as a part of course offerings in every school district in the state, as of 2018 a just over half of high schools offered a computer science course, said Shannon Marimon, the executive director at ReadyCT, a nonprofit aimed at advocating for educational policy reform.

“Just 52 percent of high schools were offering computer science, typically in the more affluent districts,” Marimon said. “It’s an equity issue. High resource districts are able to offer it and others can’t. It needs to be offered in every system in the state.”

Today, nearly every district does offer some form of computer literacy, programming or science somewhere between kindergarten and 12th grade, even if it just includes a basic keyboarding class. In Lyme Old Lyme and many other more affluent districts the program is far more extensive including technology integration specialists that work with every grade level to incorporate computer skills and course offerings in programming at both the middle and high school levels, according to Michelle Dean the director for curriculum and professional development at Lyme Old Lyme schools.

“What computer science incorporation means is kind of up to the interpretation of the district,” Marimon said. “In order to prevent an unfunded mandate, the language was loose. Principles could even just be infused into courses.”

The 2015 bill had, as West Hartford computer science teacher Jackie Corricelli puts it, “no teeth.” The bill required computer programming instruction, but offered no funding, no teacher demands, no continuing education and no funding for districts.

This new bill does allow for a mechanism to take in funds from private donors that will help expand access and participation in computer science, but as of yet, this mandate is still unfunded by the state.

“We’d like to see the state put more resources behind this,” Marimon said.

One reason ReadyCT, the Computer Science Teachers’ Association and others are pushing for increased access to computer science education for all students and districts is the changing job opportunities in the state.

According to Indeed, there are 5,500 computer science-related positions available in the state.

“The computer science content area needs to be elevated to the level of any other core content area in order to be prepared for the future of work,” Marimon said.

Teachers like Corricelli – who didn’t have one computer science class in high school or college – could not agree more.

“I graduated from public schools with physics and calculus, computer science wasn’t ever brought up, and that’s a fundamental problem,” Corricelli said. “Computer science should have been included for me, and right now we have the opportunity to right that wrong for the next generation. We need to provide equitable access to the skills and knowledge students really need.”

Corricelli started her career at Raytheon working mostly as a computer programmer. For her, teaching computer science is a great combination of her previous skills and love of teaching.

“There is a huge value in having teachers that recently were in the field,” Marimon said. “Adding in computer science teachers is such an opportunity for career changers and for students to learn application and project-based learning.”

For many districts, the hardest part of adding in a computer science curriculum is simply finding qualified teachers. Even at Lyme Old Lyme, where a full suite of computer programming and design courses are offered, not one teacher is certified to teach the AP computer science course.

“We haven’t offered the AP course because we don’t have anyone who has gone through the workshop to teach it,” Dean said. “We are small, when you add another AP course it pulls from everything else. We have to determine if we have the interest, need, teacher and what impact it would have.”

Dean and Corricelli are both looking toward growth of the computer science curriculums in their districts in the next year.

Lyme Old Lyme was recently awarded a $10,000 Amazon grant to expand computer science options at the high school level including the AP course.

In West Hartford, Corricelli was selected as the Computer Science Teachers Association fellow of the year and will be trained in a rubric system that can give ideas for computer science curriculum that is appropriate at every grade level.

“Once I am trained and comfortable I can start to offer some of the trainings to other districts, hopefully with some state funding,” Corricelli said. “I can help districts look at the rubrics and figure out what it would mean for their schools. Where they should add the computer science curriculum.”

Corricelli said it can even be as simple as a discussion about the importance of password strength in an elementary school classroom.

Going forward, Marimon said ReadyCT have “backburner language” that they would like to add to the bill in order to strengthen the existing legislation.

“We want to approach it cautiously and to not be overly prescriptive,” Marimon said. “Connecticut is all about local control and letting school districts come to their own conclusions on their own time frame. But, we don’t want to lose the urgency. We are going to come back in 2021 with more ideas.”

Julia Werth is a Staff Writer specializing in education, health and the environment for the Connecticut Examiner. Julia previously worked for the Connecticut Mirror where she wrote on healthcare and juvenile justice. In addition to her work as a journalist, Julia is a registered dietitian, podcast host and owner of Werth Your While Nutrition. Julia holds a dual degree of the University of Connecticut in Journalism and Nutritional Sciences.