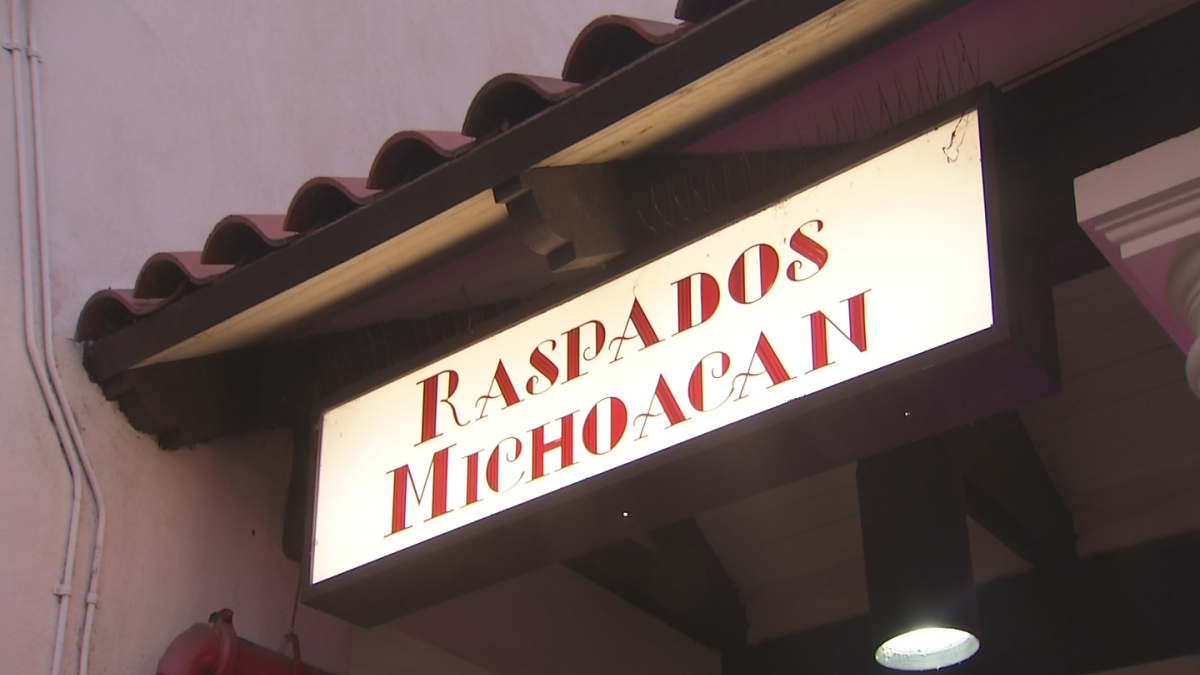 The shaved ice shop has only been in its current location for a couple of years, but it’s called National City home for much longer.

Ylirrael Hurtado, 70, says Raspados Michoacan started in the back of his pickup truck in the ‘80s.

Since then he’s grown his business alongside his wife Maria and their family.

Arroyo helps his grandparents on weekends, but every other day it’s the Hurtado’s who work the shop seven days a week.

Help in a time when it’s needed most.

Mrs. Hurtado says they struggle every day to make enough to pay rent and other bills. Not only has the small business seen tough times due to the coronavirus pandemic, but the shop was also vandalized this past week.

According to the Hurtado’s, early Thursday morning someone broke into the shop, shattered the front door, and broke into to cash register, but it was empty.

“It’s a whole other thing on their plate,” said Arroyo.

But as the saying goes: You know you can count on someone when they show up during the tough times.

That someone being the National City community. Following a Facebook post by the shop, crowds of people showed up to show their support.

“I’m thankful that people care about my grandparents as much as we do,” said Arroyo.

Helping the Hurtado’s get through tough times one shaved ice at a time.