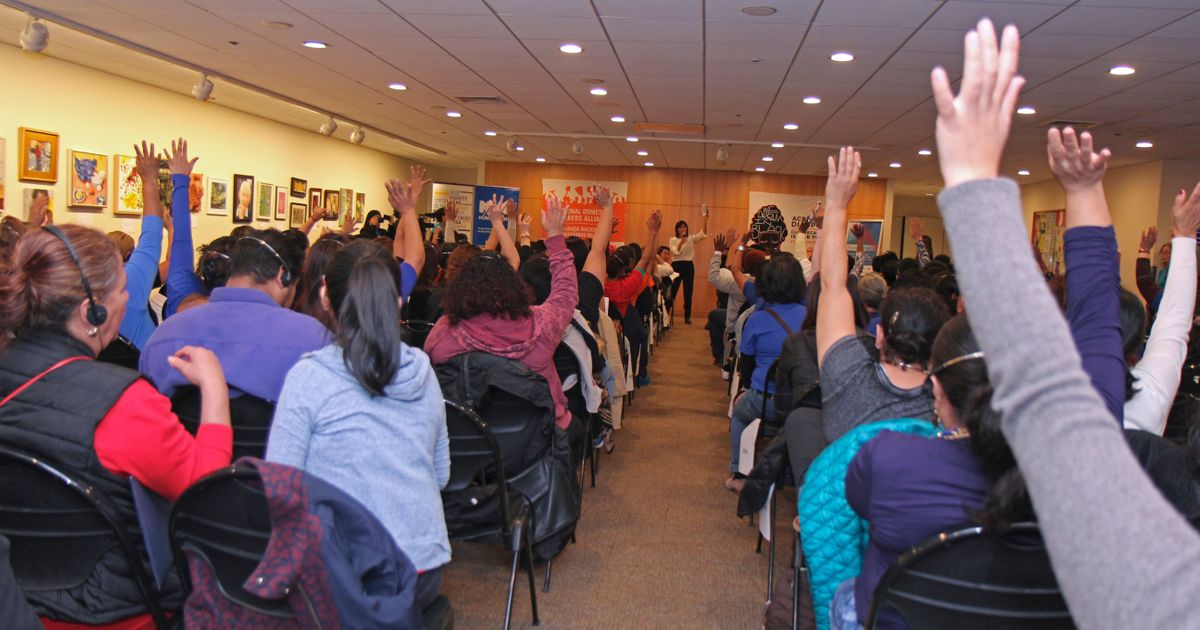 Sign up for “THE CITY Scoop,” our daily newsletter where we send you stories like this first thing in the morning.

The agencies agreed to pay a total of nearly $450,000 in restitution to more than 4,100 home health aides, the city’s Department of Consumer and Worker Protection said Wednesday. The agencies also were forced to pony up nearly $122,000 in civil penalties and take steps to rectify their policies.

The law requires employers with five or more employees who work more than 80 hours annually in the city to give staffers at least five paid sick days a year.

City investigators have “uncovered widespread violations of the law,” by booming home health care industry since 2017, the consumer protection agency said in a statement.

The health agencies were fined for issues that ranged from failing to allow staff to use paid sick leave to not posting notice of workers’ rights to blocking carryover of unused leave, records revealed.

“I think there’s a whole host of problems in the health industry in implementing paid sick time,” said Sherry Leiwant, co-founder of A Better Balance, a legal advocacy organization that advances policies to support workers.

City officials did not list the names of those health care firms.

Care workers in New York are “overwhelmingly” low-income immigrant women of color, according to a city report that relies on Census data.

“Home care workers dedicate themselves to ensure that seniors and people with disabilities can remain in their homes with the support they need,” Shapiro said. “Unfortunately, there are many bad-actor companies in this field who flout the law and deny workers the wages, benefits and sick time they are owed.”

The investigation comes as the health care industry is expanding. The number of “paid care” workers in the city increased by 15% over the past decade, from 176,000 to 202,000, according to the city’s “Lifting Up Paid Care Work” report issued in 2018.

“We want to make it clear to home care agencies across the city that lack of compliance with the law will not be tolerated,” said Department of Consumer and Worker Protection commissioner Lorelei Salas.

“Home care workers are vital workers who care for our loved ones, and we will continue working to ensure that this rapidly growing industry is held accountable for past violations and comes into compliance going forward.”

Want to republish this story? See our republication guidelines.

You just finished reading another story from THE CITY.

We need your help to make THE CITY all it can be.

Please consider joining us as a member today.