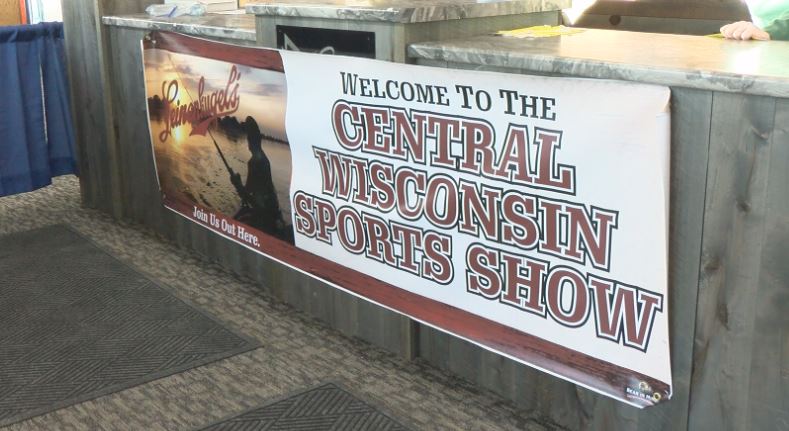 The show highlights the best of hunting, fishing, and boating while giving Wisconsin residents an early taste of spring.

The Central Wisconsin Sports show brings the outdoors in, drawing residents and vendors from all over the badger state. “Being that we’re from the northern part of Wisconsin it allows us to enter the Wausau and central part of the state,” said Jon Koch, Salesman, Shoeder’s RV & Marine.

It’s a chance to escape the cold and start thinking about summer. Koch said, “it’s a nice way to get rid of the winter blues spring is just around the corner.”

Whether you’re a pro or a beginner there’s something for everyone. From boats to campers to fishing, to hunting.

Collins said, “last year when we combined the hunting portion with the fishing and the boating, now we’ve got a true all-around sports show.”

Experts say this is a perfect time and opportunity to plan ahead, Koch said, “people start thinking of upgrading the boats with family sizes changing and with this show they can out and touch the product and get excited about summer being around the corner.”

But for Chuck Collins, the event will be back next year, he also said about 7,000 people will have stopped by the show this weekend.