‘Canstruction’ contestants get creative with canned food for a good cause 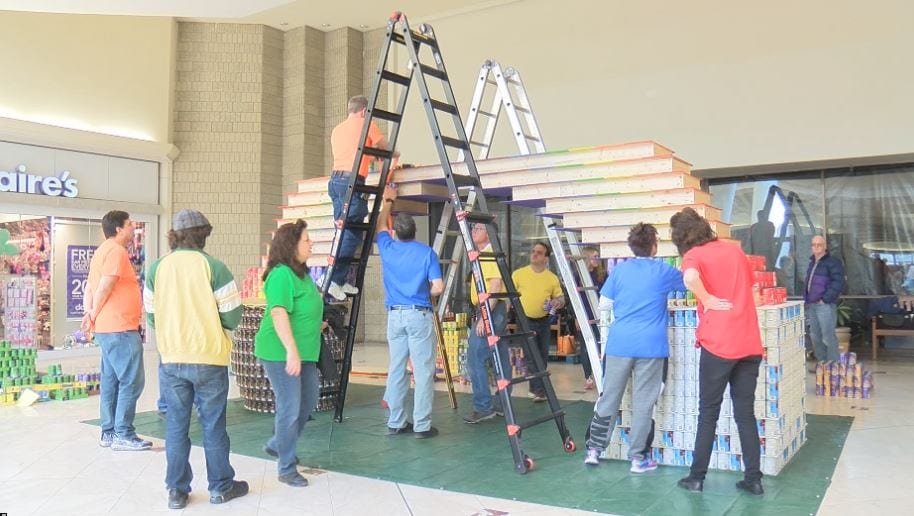 ‘Canstruction’ contestants get creative with canned food for a good cause

The event, titled Canstruction, included ten teams building their own designs out of canned food inside the Oakdale Mall.

The projects will be on display for the next week before being taken down.

After that, all the food will go to CHOW and the Food Bank of the Southern Tier.

“There’s 10 teams behind me from all kinds of different industries, just coming out to say I want to make a difference, I want to help local hunger relief and I want to have some fun designing things and just be a part of the community,” said Canstruction Committee Chair 2019 Jamie Jacobs.