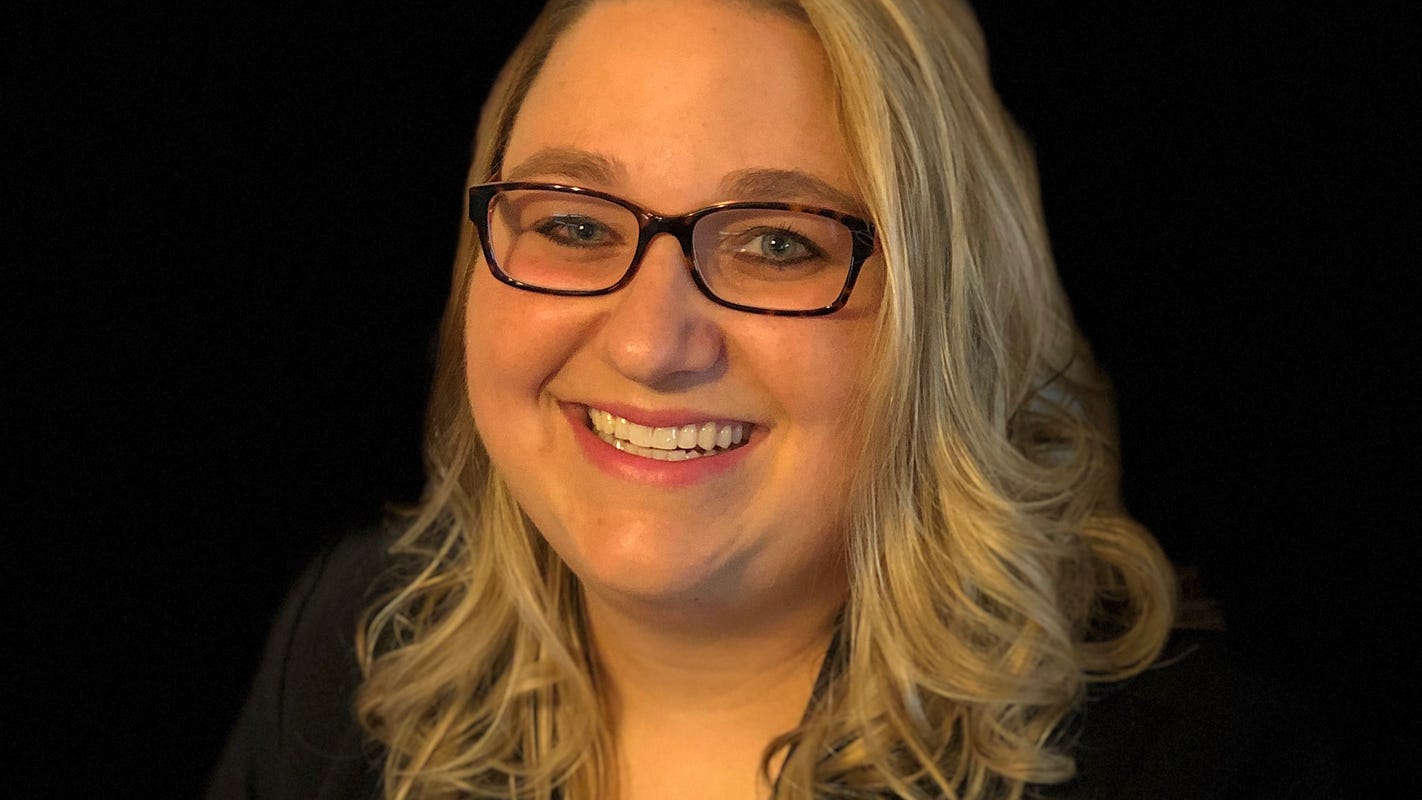 APPLETON – A candidate for Appleton school board, known for her advocacy work surrounding the district’s now-disbanded truancy court and special education issues, was convicted of disorderly conduct in 2017 because of complaints that she was verbally aggressive and threatening toward school staff.

Amber McGinley, one of four candidates competing for three seats on the Appleton Area School District Board of Education in the April election, pleaded no contest to two misdemeanor charges of disorderly conduct, according to court records obtained by The Post-Crescent.

McGinley was also charged with bail jumping because she was out on bond at the time for having previously violated a restraining order filed against her by her husband. That charge was dismissed as part of a plea agreement that resulted in her being placed on probation for three years.

As a result of the incidents that led to those charges, McGinley was temporarily banned from district school property.

In a Wednesday interview, McGinley said the incident occurred at a difficult time in her life when she was having issues with her husband that were resolved after they sought help. They got back together in 2017.

McGinley emphasized that she’s always been “very active” with the school district, including serving as vice president of Ferber Elementary’s Parent Teacher Association during the 2016-17 school year and her appointment to the district’s Advisory Truancy Task Force as a representative of parents and families. McGinley also founded the district’s Special Education PTA.

“I come from a dysfunctional family and am living in one,” McGinley, 34, said. “I’m a knowledgeable and strong advocate for special needs students, and I’m highly involved and active with the schools and my kids and with all students. This happened years ago during a confidential IEP meeting after school hours, and it’s something that I hope no parent has to go through.”

RELATED: What does ‘habitually truant’ mean to you? After Appleton’s latest school stats created alarm, the district clarified it counts tardies.

An Individual Education Plan, or IEP, is a written document developed for all public school children who receive special education services. The document is created by a team of teachers, school administrators and parents, and updated on a yearly basis — sometimes more often if necessary — at an IEP meeting.

The disorderly conduct case stems from a January 2017 IEP meeting for McGinley’s son and two related incidents the following day.

Upon entering the Jan. 25 meeting, which occurred after school hours, McGinley began “spouting profanity” and became verbally aggressive toward school staff, according to court records.

At one point, McGinley pointed at Kathryn Hardesty, who was associate principal of Ferber Elementary at the time, and said “I’m coming after you,” Ferber principal Paul Cooney told police, according to court records.

McGinley also yelled to all staff members, “You’re gonna find out what this bitch can do.”

Cooney told police he ended the meeting when McGinley wouldn’t stop yelling and swearing. Afterward, Cooney told Ferber’s school resource officer Dane Coonen about the incident and said that McGinley was no longer allowed on school property due to the threat to Hardesty and her behavior during the meeting, court documents state.

McGinley said Wednesday she doesn’t recall saying those things to school staff and “what was said in a confidential IEP meeting was taken out of context.”

McGinley said she’d asked for the meeting to be canceled, as she’d scheduled it to discuss an issue that was resolved by the time of the meeting.

But school staff decided to continue the meeting. McGinley contends that violates federal law that IEP meetings must be held at a mutually agreeable time and location between both the parent and school staff.

McGinley said she was also upset, in part, because she had recently received a truancy citation for absences her son had accumulated because of appointments related to his special needs.

McGinley claims school staff told her at the IEP meeting that “they were going to come after her” for the citation. In response, she said she told them she’d “come after them” in the form of a complaint with the state Department of Public Instruction because of their attempt to hold an IEP meeting without her.

The following day, McGinley became upset when she was told that a hearing related to the truancy citation was moved from Edison Middle School to the court house because she was not allowed at district schools, the records state. McGinley said she would be coming to the school because she didn’t want her son at the school if she wasn’t allowed to go there.

Upon arriving at the school, McGinley became “verbally aggressive” toward Coonen and said, “You better get him or bad things are gonna happen.” McGinley continued to use profanity and gave school secretaries and people walking by the middle finger, according to records.

After Cooney brought McGinley her son, she left and went to St. Pius Elementary to pick up her other son.

Coonen and another officer intercepted McGinley at the school, and she began “making vulgar and verbally aggressive statements while using profanity in the elementary school,” according to records.

McGinley was told she was no longer wanted on St. Pius property and could be issued a no-trespass order for St. Pius if the behavior continued.

After McGinley got her children in her car, she continued yelling out the window and called the officers “pigs” as she drove away.

In an email, Appleton schools Superintendent Judy Baseman said she didn’t know how long McGinley was banned from Ferber, but she confirmed McGinley is currently allowed on school property “with expectations consistent with AASD policy guidelines regarding all visitors.”

McGinley said she feels she and her son’s IEP team have “moved forward” since the incident, and the experience made her a stronger advocate and mother.

“It’s not easy raising special needs children, and when your IEP team isn’t working well together it doesn’t work well for your child,” she said. “We’ve been able to learn and grow from this and I think it’s a life lesson.”