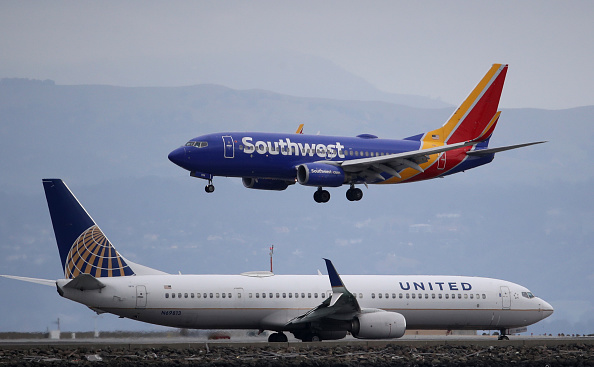 Travel within, to and from California could slow to a crawl following the issuance this week of a “stay-at-home” order from the state’s Department of Public Health and Gov. Gavin Newsom. The order is likely to start kicking in for the state’s various regions this weekend, depending on how soon their level of available ICU beds drops below 15%. According to the state’s order — issued on Thursday — once that happens, “All individuals living in the Region shall stay home or at their place of residence except as necessary to conduct activities associated with the operation, maintenance, or usage of critical infrastructure.” You can read the text of the order here.

But in such a large state with so many vehicles, so much public transportation and so many airline flights, both intrastate and beyond, how will a stay-at-home order be enforced? The language in the state’s new order doesn’t really say, except for one section about hotels. “Except as otherwise required by law, no hotel or lodging entity in California shall accept or honor out of state reservations for non-essential travel, unless the reservation is for at least the minimum time period required for quarantine and the persons identified in the reservation will quarantine in the hotel or lodging entity until after that time period has expired,” the order states. The stay-at-home order is slated to remain in effect for at least three weeks, which would include Christmas.

How will airlines respond? They apparently are still trying to decide. Southwest — California’s largest intrastate carrier — simply said it is “monitoring the situation.” According to Southwest’s website, “Southwest Airlines is aware that government mandates have resulted in restrictions on air travel due to the ongoing coronavirus (COVID-19) outbreak. Unfortunately, many of the restrictions will result in flight cancellations, potential quarantines upon arrival, and/or temperature checks upon landing, and we sincerely regret any inconvenience created by the travel disruptions.” United’s response was similar.

If the state’s ban on nonessential travel relies on the honor system, it could be less than effective. Last month, the Centers for Disease Control and Prevention urged Americans not to travel to visit friends or relatives over Thanksgiving, and even though the number of travelers was down significantly from the previous year, millions of people ignored the CDC and hit the road anyway. That included an estimated 9.4 million airline trips during the week-long Thanksgiving holiday period.

In late October, United Airlines resumed nonstop flights four days a week from San Francisco to Shanghai, eliminating a stop in Seoul from the route. But now United has resumed the Seoul stopover, where it will make a crew change on the flights. Passengers remain on the aircraft in Korea. United said the stop was reinstated because of changes in operating conditions. CNBC, citing “people familiar with the matter,” said this week that United made the change due to “lengthy waits facing airline crews upon arrival, limited local accommodations and restrictions on their movement in the country.” All U.S.-China air service was halted in the early days of the pandemic, and only a few flights to Shanghai have been resumed by U.S. carriers. American is flying to Shanghai from Dallas/Fort Worth, also via a Seoul stop. Delta has been flying to Shanghai from Seattle and Detroit via a stop in Seoul but was due to convert that route to nonstop service this week.

Travel to the U.K. will get a little easier after Dec. 15. That’s when the government there is changing the rules for international arrivals coming from a country — like the U.S. — that is not on the U.K.’s “travel corridor” list of safe places. Those arriving travelers will still have to self-quarantine, but they will be able to limit that quarantine to just five days if they get a negative result on a COVID-19 test. The program is called Test to Release, and it requires inbound visitors to pay for their own test (about $130) after a five-day quarantine, using a government-approved provider. Those providers should be listed on the government’s website (www.gov.uk) after Dec. 15. Why not just let visitors get tested at the arrival airport? “The government has considered the evidence which demonstrates that a test after five days of self-isolation provides materially better results than just having a test on arrival, as it allows time for the virus, should it be present, to incubate, helping reduce the risk of a false negative result,” the U.K. said in its announcement.

As we reported earlier this week, the U.S. Transportation Deptartment has finally concluded a two-year-long rulemaking aimed at settling the controversy over what kinds of animals airline passengers can bring on board with them. The dispute reached a fever pitch a couple of years ago when increasing numbers of travelers claimed they had a right to bring “emotional support” critters of all species along on their flights in order to help them stay calm. Meanwhile, an online cottage industry had sprung up to provide travelers with phony documentation stating that their personal pets were in fact “service animals” allowed to go with them into the passenger cabin. Anyway, the DOT’s new rule essentially gives airlines the authority to ban “emotional support” animals and restricts the definition of acceptable “service animals” to dogs that are trained to help individuals with physical or psychiatric disabilities. You can read our account here.

Southwest Airlines this week became the latest major airline to discontinue the pandemic-era policy of keeping a number of seats open on its flights in order to preserve a semblance of social distancing for concerned passengers, so the airline will now sell all available seats on its aircraft. United and American did the same several weeks ago. Delta has been bucking the trend, recently promising that it would continue to block out middle seats through the end of March 2021. Alaska Airlines said it is blocking middle seats by capping the number of passengers per flight through Jan. 7. And at JetBlue, “For the duration of the holiday season (through 1/7), we’ll continue to limit capacity on our flights — however, specific seats (including middle seats) will no longer be blocked and it’s likely you will be seated next to another customer,” the airline said on its website.

Don’t miss a shred of important travel news! Sign up for our FREE weekly email alerts.

Before the FAA grounded all 737 Max aircraft in March of 2019, United was using them on routes from San Francisco and Los Angeles to Hawaii, as well as in several Houston markets. But SFO and LAX are apparently not in United’s initial plans for returning the troubled aircraft to service sometime in the first quarter of next year. Instead, it will initially operate the 737 Max on as-yet-unspecified routes out of its Denver and Houston hubs. The FAA recently gave airlines the green light to start using the jets again after they complete required software fixes and retrain pilots. United was flying 14 737 Max aircraft at the time they were grounded last year. American Airlines is expected to be the first U.S. carrier to put the aircraft back into service, using it on select routes out of its Miami hub starting in late December. (This week, American operated a special demonstration flight of the Max for members of the media. AA CEO Doug Parker also took a Max flight.) Southwest’s 737 Max aircraft aren’t expected to resume flying before the second quarter of 2021.

More airlines are embracing CommonPass, an app that provides a standard global format for travelers to store and display information digitally on their COVID-19 test results and vaccination status. It’s a more basic version of the upcoming IATA Travel Pass that is being developed by the International Air Transport Assn., a trade group of the world’s airlines. CommonPass was created by the nonprofit Commons Project Foundation, which is working with the World Economic Forum to create a global network of airline and airport partners that accept CommonPass. The foundation said that in December, five airlines will begin to roll out CommonPass to passengers on select flights from New York, Boston, London and Hong Kong, including United, JetBlue, Swiss International, Lufthansa and Virgin Atlantic. Last month, CommonPass was endorsed by the three big airline alliances — Oneworld, SkyTeam and Star. The app was tested in October on some United flights between Newark and London, and Cathay Pacific flights between Singapore and Hong Kong. The organization’s CommonTrust Network also includes a global list of labs, vaccine distributors and health care providers that agree to provide individuals with digital access to their own health information using “open, globally-interoperable standards,” the foundation said.

Remember contact tracing? That was supposed to be the key to stopping coronavirus transmission by alerting individuals to self-quarantine if they have been in contact with someone who tested COVID-positive. Of course, that was before the pandemic surged to record levels, mostly through community transmissions. Anyway, Delta said this week that effective Dec. 15, it will start to collect personal contact information from international passengers heading into the U.S. “to aid contact tracing and public health follow-up efforts.” That information includes the traveler’s full name, email address, address in the U.S., and primary and secondary phone numbers. Delta said providing the information will be voluntary, and the request will apply to both foreign nationals and U.S. citizens traveling into the U.S. “Currently, in the event of confirmed COVID-19 case with travel while infectious, the CDC requests a passenger manifest from Delta to identify all customers seated two seats around the confirmed case. This information is then transmitted to the appropriate local health departments for follow-up, with each department taking responsibility for passengers in their own jurisdiction,” the airline said.

Meanwhile, Delta and its partner KLM on Dec. 15 will start offering four weekly “COVID-tested” flights between Atlanta and Amsterdam “that will allow eligible customers to be exempt from quarantine on arrival after receiving a negative PCR test result on landing in the Netherlands,” the airline said. The program will only accept passengers who can also show a negative COVID test result before boarding. “The flights will initially run for three weeks and, if successful, the airlines hope to extend the program to other markets,” Delta said.

Don’t miss a shred of important travel news by signing up for FREE weekly email updates!

SFGATE participates in various affiliate marketing programs, which means we may get paid commissions on editorially chosen products purchased through our links to retailer sites.