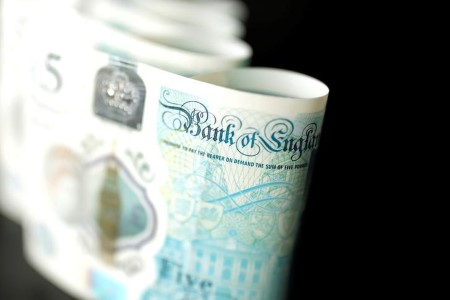 The risk that the Bank of England could cut interest rates into negative territory might help frustrate sterling bulls over coming months.

BoE Governor Andrew Bailey has written a letter to lenders warning them of the challenges of negative interest rates, the Sunday Times newspaper reported. Bailey has previously said that negative rates are an option for the BoE, but that the issue was complex and that taking rates below zero was not imminent .

The probability of negative rates may increase if the European Union and UK fail to agree a trade deal this year. On Friday, British Prime Minister Boris Johnson said he was more optimistic than EU negotiator Michel Barnier that a deal could be struck, but Britain could leave the bloc without a comprehensive deal if it had to .

The total number of gross GBP long positions held by IMM speculators has been lower than gross GBP shorts since mid-April. Related comments:

(Robert Howard is a Reuters market analyst. The views expressed are his own)