Businesses ramp up operations as nations prep for tourists 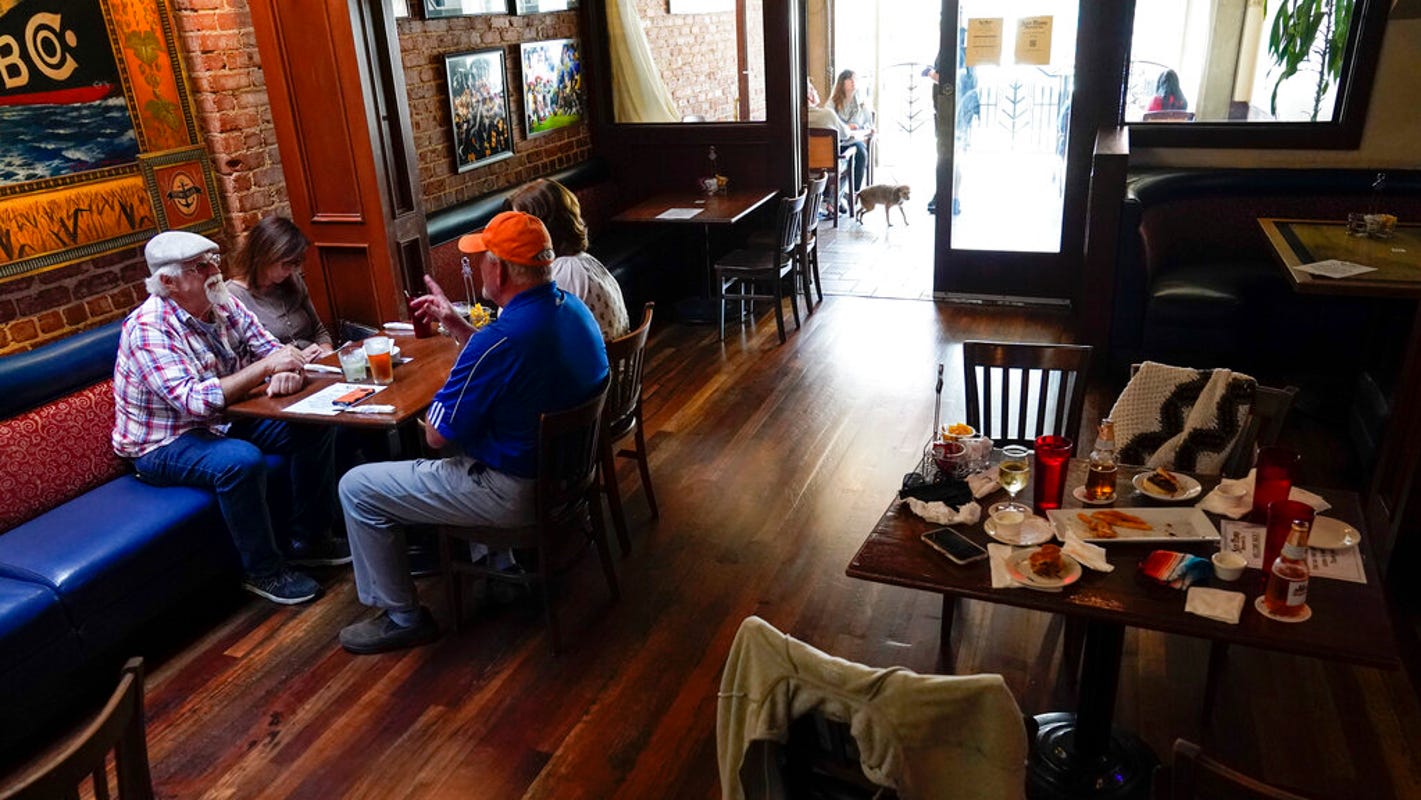 Businesses ramp up operations as nations prep for tourists

Customers eat dinner in the dining room of San Pedro Brewing Company on Friday, May 29, 2020, in the San Pedro area of Los Angeles. Restaurants were allowed to open their dining rooms with restrictions today. (Photo: Ashley Landis, AP)

– Furniture maker FlexSteel Industries is continuing to take actions to strengthen its liquidity and conserve cash during the virus outbreak as it contends with softer furniture demand. The company is extending 25% salary reductions for its CEO and CFO/COO, as well as a 50% cash compensation reduction for its board through Oct. 1. It is also evaluating and renegotiating lease obligations where feasible.

– Air travel is improving but still very weak as the traditional start of summer vacation approaches. The Transportation Security Administration said it screened 352,947 people Sunday, the most since March 22. That was still 86% fewer people that passed through checkpoints on the comparable Sunday a year ago.

– Cooper Tire & Rubber is beginning the process of restarting production on a limited basis at its tire manufacturing plant in El Salto, Mexico. The company’s procedures for reopening include required employee health disclosures, increased cleaning and disinfecting of facilities and equipment, social distancing and physical barriers and visitor restrictions.

Cooper has already reopened plants in China, the U.S. and Serbia with similar procedures.

– Spain’s national statistics office said that it received zero international tourists in April. That compares with 7 million tourists that spent 7 billion euros ($7.8 billion) in Spain in the prior-year period. Spain is waiting until July to reopen its border for foreign tourists. Tourism is a pillar of Spain’s economy. Eighty million annual visitors generate 12% of Spain’s GDP and help employ 2.6 million people.

A Turkish Airlines flight departed from Ankara airport for Istanbul on Monday as Turkey lifted a travel ban between 15 of its worst-affected provinces. The air routes between Istanbul, Ankara, Izmir, Antalya and Trabzon are the first start, with others scheduled to follow gradually.

Hotel worker Mailinda Kaci cleans the windows in a restaurant area at the Acropolian Spirit Hotel in central Athens as the ancient Acropolis is seen in the background, on Monday June 1, 2020. Lockdown restrictions were lifted on non-seasonal hotels Monday as the country prepares to start its tourism season on June 15. (Photo: Petros Giannakouris, AP)

– Greece lifted lockdown measures for businesses including hotels, open-air cinemas and tattoo parlors on Monday. International flights with relaxed screening procedures will resume to Athens and Greece’s second-largest city Thessaloniki starting June 15 and expanding to the rest of the country on July 1.

Hotels with a 12-month operating license were allowed to reopen Monday, but many chose to remain closed until closer to the start of the tourism season in two weeks, citing low bookings.

Markets: Stock indexes were mixed on Wall Street Monday as investors balanced cautious optimism about the reopening of businesses shut down because of the coronavirus pandemic against worries that the civil unrest across the U.S. over police brutality could disrupt the economic recovery and widen the outbreak.