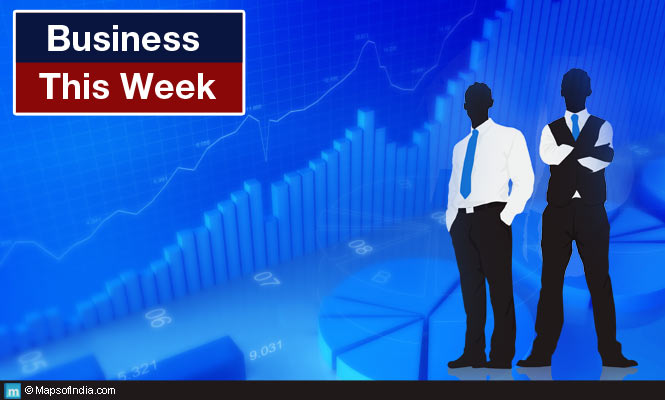 In a prospectus published ahead of a huge bond sale, Saudi Aramco revealed for the first time how much money it makes. Saudi Arabia’s state oil firm reaped $356bn in revenues last year. Annual net profit came to $111bn, almost twice that of Apple, the world’s most valuable listed company. The prospectus also confirmed how important Saudi Aramco is to the country’s economy. Oil accounted for 63% of the state’s revenue in 2017 and 43% of the kingdom’s GDP. See article.

Get our daily newsletter

Upgrade your inbox and get our Daily Dispatch and Editor’s Picks.

Saudi Arabia’s cut in oil output has helped drive up the commodity’s price in recent months. Brent crude traded around $70 a barrel this week, the highest level this year. See article.

The World Trade Organisation released an estimate for global trade in 2018, which grew by 3%, well below the 3.9% that the WTO had forecast in September. It expects the growth in trade to fall to 2.6% this year. The organisation blamed tariffs and related retaliatory measures, but also weaker economic growth, volatile markets and tighter monetary policy in developed countries. It warned governments that it would be a “historic mistake” to forget the “fundamental importance” of the rules-based trade system.

A preliminary report from Ethiopia’s transport ministry into last month’s fatal crash of a Boeing 737 MAX 8 passenger plane found that the pilots followed the procedures issued by the manufacturer when the jet started nosediving. The report recommended that Boeing change the MAX’s flight-control system.

Mark Zuckerberg’s apparent change of heart in calling for more regulation of the tech giants got short shrift. Facebook’s boss said governments should take a more active role in policing the internet in areas such as privacy and elections material. But one leading Democrat tweeted, “Does anyone even want his advice?” given that Facebook is under investigation. Britain’s information commissioner wondered if Facebook would now drop its appeal against the fine it received for the Cambridge Analytica scandal. See article.

Following a successful IPO, Lyft’s stock pared back some of its gains, falling below the offer price of $72 a share. The price had closed up 9% on the first day of trading, giving the ride-hailing company a market capitalisation of $22bn.

Carlos Ghosn announced a forthcoming press conference “to tell the truth”, presumably about the charges he faces for financial misconduct at Nissan. He was rearrested soon after in Tokyo on a new indictment and is expected to spend at least three weeks in jail. Mr Ghosn described this latest move by prosecutors as “outrageous and arbitrary”.

Wells Fargo started the search for a new chief executive, after the abrupt resignation of Tim Sloan. Mr Sloan gave what many considered to be a poor performance in front of a congressional panel recently, when he was hauled in to explain what was described as a “pattern of consumer abuses” at the bank. Wells Fargo wants to replace him with someone from outside the firm.

The IHS Markit British manufacturing index for March recorded by far the biggest jump in firms’ inventories over the survey’s 27 years, as companies stockpiled goods and components ahead of Brexit. See article.

India’s Supreme Court ruled that the Reserve Bank of India had overstepped its mark when directing banks to declare a default when a company defers loan payments, and force the company into bankruptcy if it does not resolve its debt position within 180 days. The court found that the central bank could intervene on individual corporate defaults but could not undertake such a sweeping action. It is a big blow to the RBI’s effort to rein in India’s corporate debt.

Burger King started selling a plant-based version of the Whopper. The veggie burger, being rolled out at its stores in St Louis, is made by Impossible Foods, a Silicon Valley startup that is at the forefront of the flowering plant-based foods industry. The Impossible Whopper imitates the taste of meat by using heme, an iron-rich protein, extracted from soyabean roots and mixed with other vegetable ingredients.

Global recorded-music sales grew by nearly 10% last year, according to the International Federation of the Phonographic Industry. Although revenues from digital downloads have fallen even faster than those from physical forms of music, such as vinyl albums, over the past five years, streamed music has surged. Nearly half of global sales now come from streaming, reversing an industry decline since 2001 that hit a trough in 2014. Music sales are still performing worse, however, than in the early noughties. The top three global music acts last year were Drake, BTS (a South Korean boy band) and Ed Sheeran. Queen were the sixth-bestselling act, boosted by the film “Bohemian Rhapsody”.