Business conditions are at their worst level since the 2008 financial crisis, says Morgan Stanley 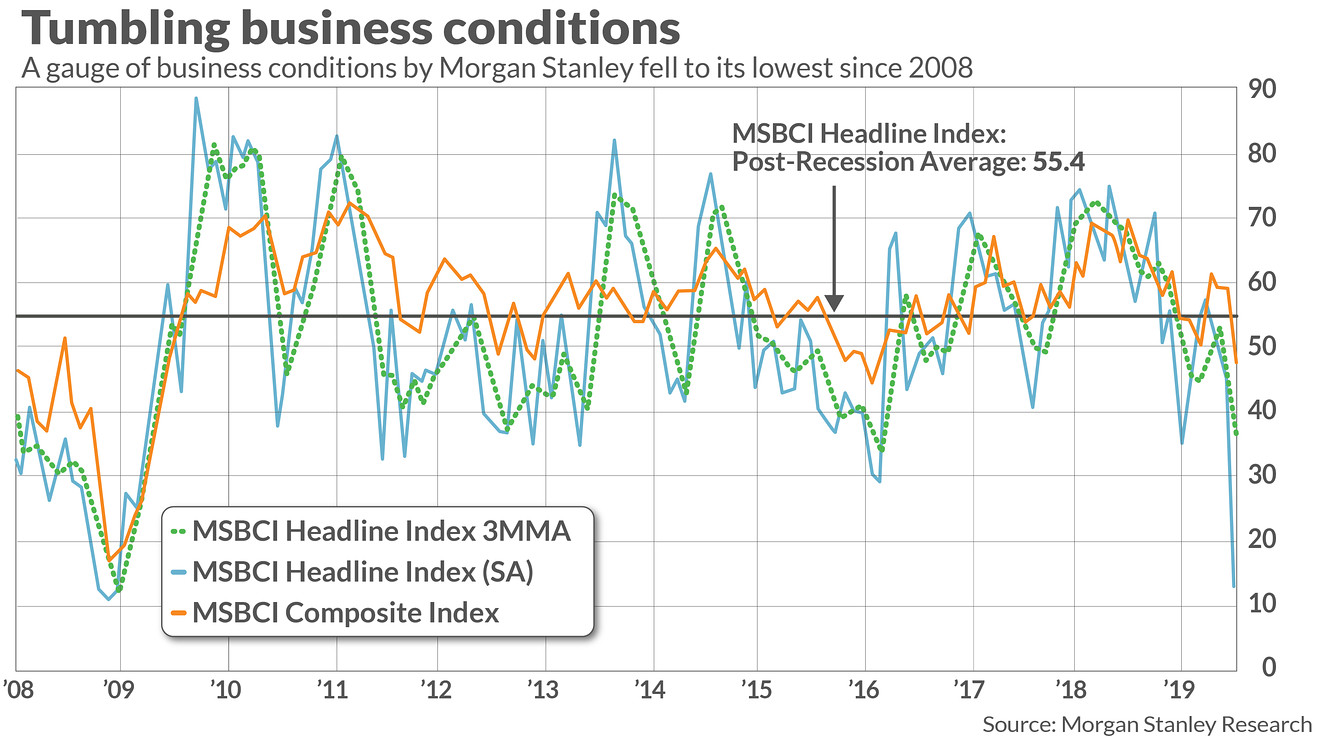 Business conditions are at their worst level since the 2008 financial crisis, says Morgan Stanley

The business environment is deteriorating — fast.

That is according to a gauge of business conditions tracked by Morgan Stanley, which said in a recent note that its proprietary Business Conditions Index, or MSBCI, fell 32 points last month, marking its sharpest collapse since the metric was formulated. The gauge touched its lowest point since the 2007-08 financial crisis. A separate composite business-condition index also fell by the most since 2008 and hit its lowest level since February of 2016.

Morgan Stanley’s report comes as stocks in June have mostly drifted higher in turbulent trading, with the Nasdaq Composite Index


entering correction territory on June 3, but gaining 6.3% since that point as of Friday morning trade, according to FactSet data.

Swirling anxiety around the U.S.’s trade relationship with China and other major international counterparts has hurt the confidence of business leaders because the unresolved tariff battles have made it difficult for corporate chieftains to develop business strategies and forced many companies to alter their supply chains.

Morgan Stanley said that its index also reflects an apparent slowdown in domestic jobs growth. Economists for the report, led by Ellen Zentner, wrote that the fall in business conditions is “consistent with the slowdown in gross hirings reflected in the latest employment report for May, and raising the risk that weakness in labor demand persists into next month’s report.”

Indeed, the U.S. created just 75,000 new jobs in May, well off consensus forecast for some 185,000 jobs created on the month, and potentially marking a significant change of momentum in what has been a pillar of strength in the domestic economy.

Morgan Stanley said that taken with other metrics that drill down deeper into financial conditions, “these indicators point to business expansion coming to a near halt in June.”


and the Nasdaq Composite Index


were headed lower as Broadcom


lowered its guidance for the rest of the year after reporting second-quarter earnings Thursday afternoon. Other chip-sector stocks were lower on the news as well.