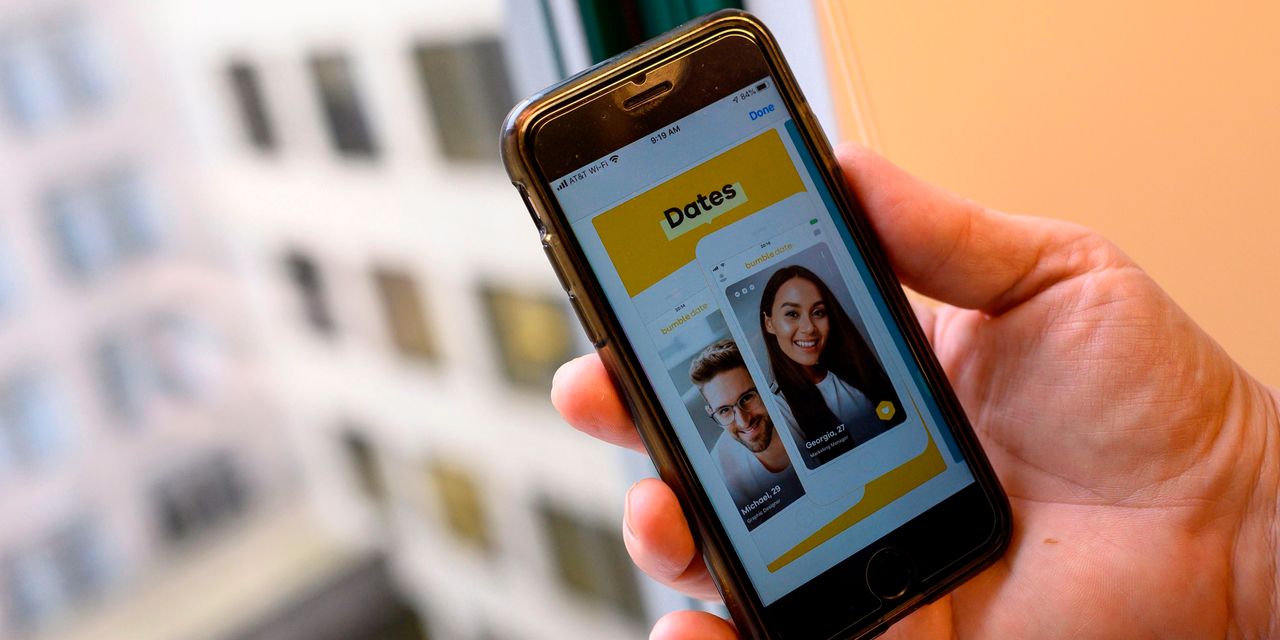 At long last, another dating app looks to be coming on the market. Its buzz shouldn’t end investors’ love affair with dating king

Bumble is preparing for a public offering that could come early next year, Bloomberg reported on Wednesday. The potential offering would disrupt the virtual monopoly that Match Group, which owns dating apps Tinder, Match.com and OkCupid, has long enjoyed in the public dating scene. Investors’ love for Match has been requited in recent years, with shares up around 370% over the last three years, and roughly 60% over the last six months alone as lockdowns have made online dating all the more relevant.

But whether Bumble can turn investors’ heads likely has less to do with what it could print in a public offering filing and more to do with the pace at which it manages to grow over time. The company has held its metrics close to the vest, but is widely seen as a solid competitor to both Tinder and Match’s relationship app Hinge, with subscriber numbers likely falling somewhere between the two.

The Match growth story historically has been driven by Tinder’s viral traction, with average subscribers growing a whopping 90% year-over-year in 2017. That pace was decelerating even before the pandemic began, though, with subscribers growing just over 18% in the second quarter, down from nearly 39% in the same quarter of last year.

That could spell opportunity for Bumble which, like Tinder, is used by a younger audience, albeit one more focused on relationships than hookups. Bumble’s key differentiator lies in the fact that females must initiate contact. It also plays matchmaker in other ways, with verticals Bumble BFF and Bumble Bizz intended for friendships and business networking, respectively—particularly attractive given current leisure and business closures.

Commentary from Match last month suggests Bumble’s user trends could be holding up well, though not necessarily outperforming. Match said that, as the pandemic took hold, it saw an increase in usage among younger users and females, both of whom continue to use its apps at higher levels than before Covid-19 hit. That would bode well for Bumble since younger female users are a key demographic for the dating app.

Messages sent on Bumble increased 20% in the U.S. the week ended May 1 versus the week ended March 13, according to a Bumble spokesperson, while Match said the average number of daily messages sent across its platforms was 27% higher during the month of April versus the last week of February. Still, those parallels are hardly apples to apples, making it difficult to form a clear comparison.

A near-term Bumble IPO could very well be hot. The platform’s appeal to female empowerment is likely to play well in the current environment. In addition, the influx of S-1 filings in tech suggests investor appetite in the sector is high, while Match’s recent outperformance is proof that investors see dating apps as a defensive play, despite rapidly shifting economic conditions.

Over time, continued growth from Bumble will challenge Match to show accelerated monetization from Hinge and its newer suite of global apps, especially if Tinder continues to slow. Like suitors, there will always be a subset of investors looking to trade up to the next best thing.

But the dating app market isn’t “winner take all,” for most, according to Bumble investor Brian Feinstein, a partner at Bessemer Venture Partners. Match, for example, has said active daters are on roughly four apps at a time. Solid numbers from Bumble, therefore, shouldn’t immediately diminish investors’ love for Match.

More likely, it would only bring more love to a sector that has been something of a lonely heart’s club.