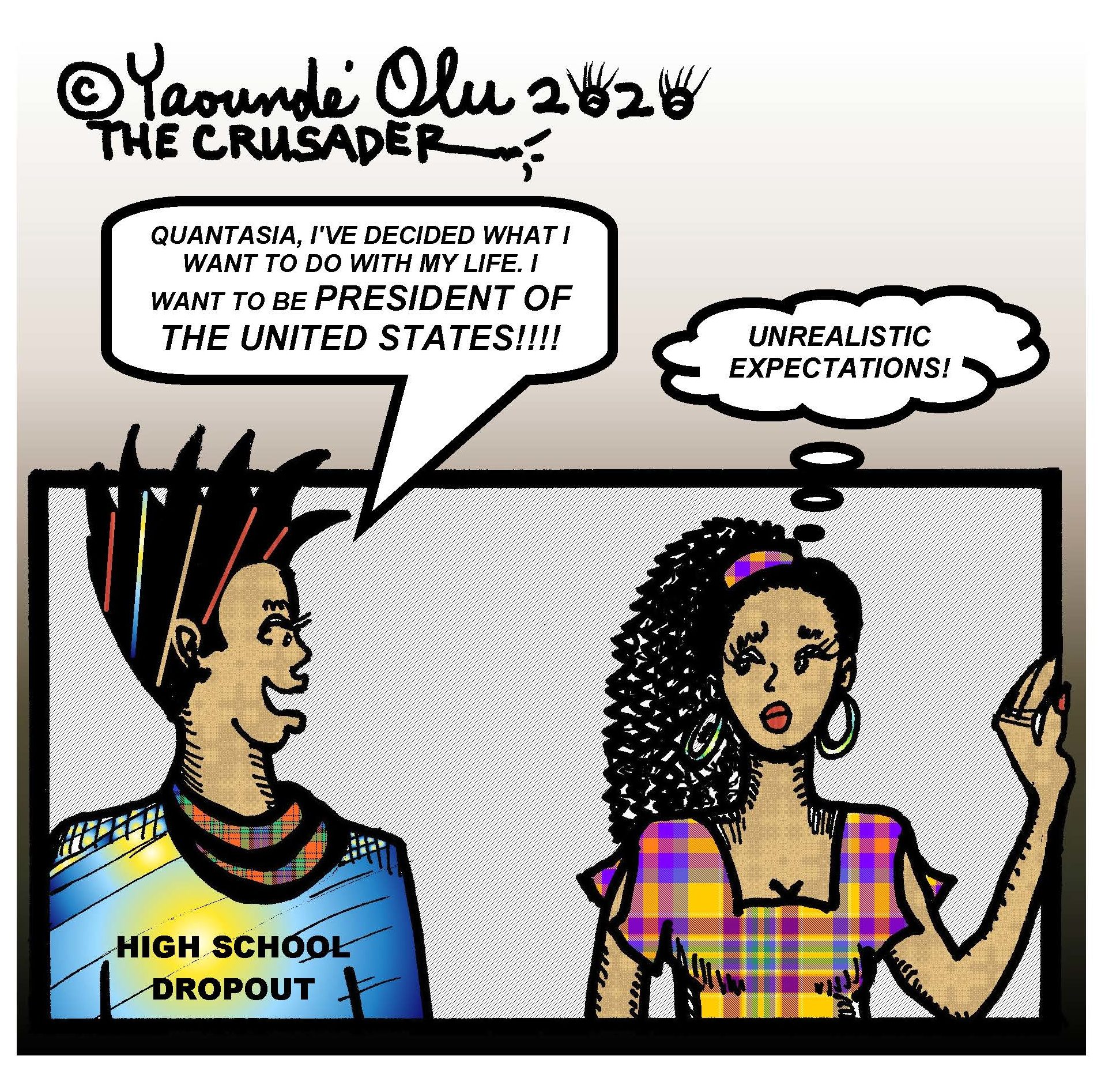 The United States of America has arguably been at the top of the Western world’s political stage for years. Historically, there are several things that have contributed to U.S. dominance. Certainly it didn’t hurt that the settlers came here and took land from the people who were already here. Next, they were able to snatch people from Africa and extracted free labor from them as slaves. They also utilized indentured servants from Europe and attempted to enslave Native Americans, who were very successful as slaves.

In addition, a key element important in creating empire was the transference of information, and the chief vehicle for this was education. Education is a major key for success in the modern Western world. A close observation will reveal that it is a common denominator in building empire – it paves the way for the acquisition of capital and undergirds technological development. If we look around the globe, there tends to be a positive correlation between educational attainment and societal success.

In the United States, those people who tend to succeed usually have some type of formal education. Admittedly, there are extremely wealthy individuals who have dropped out of college and attained success like Bill Gates, Steve Jobs, Mark Zuckerberg, and that ilk. But these are pioneers in developing new technologies, which means they had the spirit of intellectual inquiry that led them to establish their own educational parameters. They tend to be the exception, however.

This brings us to Black Americans. This statement is going to be controversial: there seems to be a decidedly anti-academic strain evident in the Black community, and this is one of the reasons that there is an educational lag.

You can tell the interest of a group by where the attention is focused, and in the Black community that focus tends to be on sports and entertainment. Of course, there have been spectacular successes in other fields, but these do not receive the same emphasis among our youth. After years of this focus, we find ourselves in the year 2020 lamenting the lack of academic achievement demonstrated by too many Black youth.

People blame this on under-funded, ill-equipped schools and inexperienced teachers. This is only part of the problem. For example, one of the reasons schools have closed in some jurisdictions is connected with low attendance, connected with truancy and an attendant underutilization of educational facilities. The COVID-19 pandemic and homeschooling challenges might exacerbate education problems.

What came first, the chicken or the egg? This can be argued all day, but the unavoidable truth is that after years of having access to “free” public education, too many Black people refuse to take full advantage of it because they aspire to be entertainers and athletes.

One of the most lamentable memes that circulates throughout the Black community is the one that says “Just because you have a degree doesn’t mean you’re smart,” and other iterations of that sentiment. People look down on people with advanced degrees saying that a degree is no proof of intelligence. This is true, but it also sends an anti-academic message to those who might benefit from higher education.

Years of this approach to education is being felt in a desperate attempt to compensate for the lack of academic accomplishments among young Blacks by suggesting that the solution is to focus on vocational education. There are ads that point out the fact that a plumber can make as much money as a college graduate, but without accumulating student loan debt.

This approach is shortsighted in two regards – if students would apply themselves, they might earn scholarships, and there are a number of universities that are offering tuition-free education for people of lower economic status.

The other fallacy in thinking is that to succeed in today’s technologically advanced society, vocational education will require the same “stick-to-itiveness” required in college courses. And if our students only embrace vocational education, they may risk falling behind in the global arena while people elsewhere rule the world with science and math.

This is not to say that people cannot succeed unless they go to college; they can. What is true is that whatever direction students embrace is going to require perseverance. There’s no way around it! A Luta Continua.

Looking to Advertise? Contact the Crusader for more information.